Yikes, Rep. Denver Riggleman (R-VA05)’s *really* not going to like this. For more background, see After 5th CD GOP Decides on Convention at Bob Good’s Home Church (!), Rep. Denver Riggleman Rips “Corruption,” “Pay-to-Play,” in His Own Party. Also note: Roll Call named Rep. Denver Riggleman (R-VA05) the fourth-most vulnerable incumbent U.S. House member in the country – “because of an intraparty challenge that has extra weight because of the way Republicans in his district will choose their nominee.” So…this is going to be fun on June 13th at the Tree of Life Church in Campbell County! LOL. Finally, for *much* better options, check out the *Democratic* candidates in VA05.

To be clear, the convention is on and our delegates are anxious to go to Tree of Life Church on June 13th! Victory is in sight and I’m prepared to take this nomination and fight for you against the radical Democrats all the way to November.

Let’s not let Riggleman stand in the way any longer. His campaign has harassed you and tried to thwart this convention at every turn. Let’s get to the convention on June 13th and win! 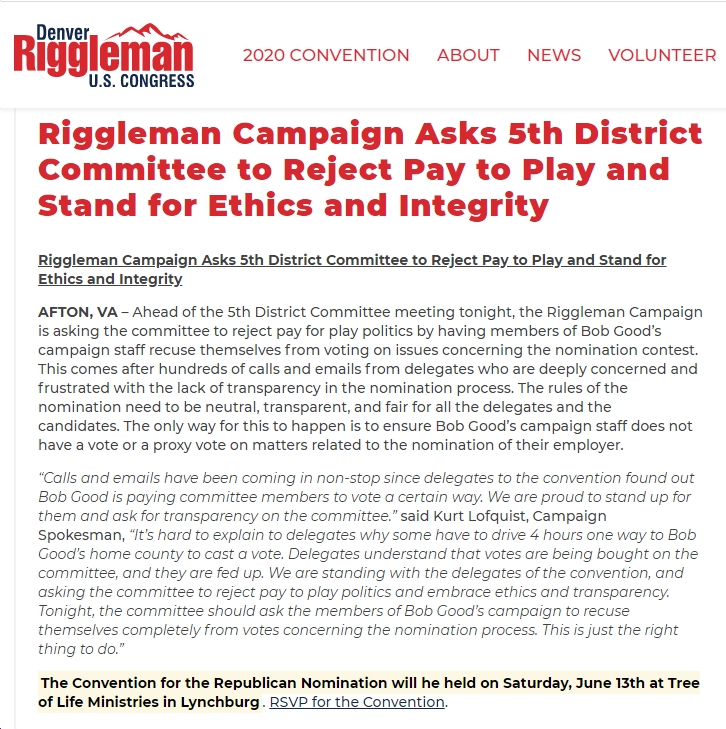 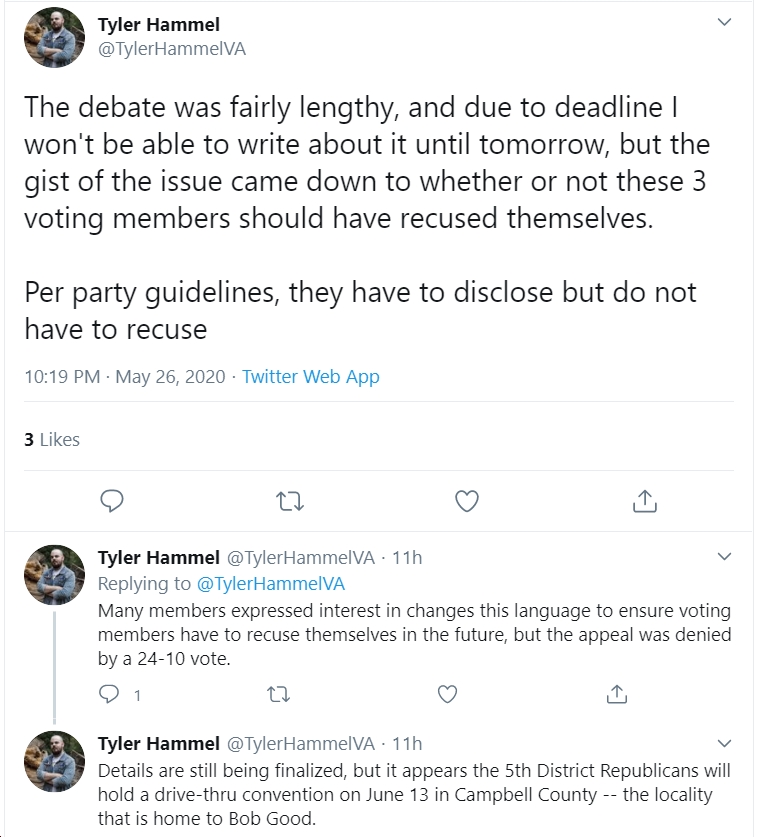 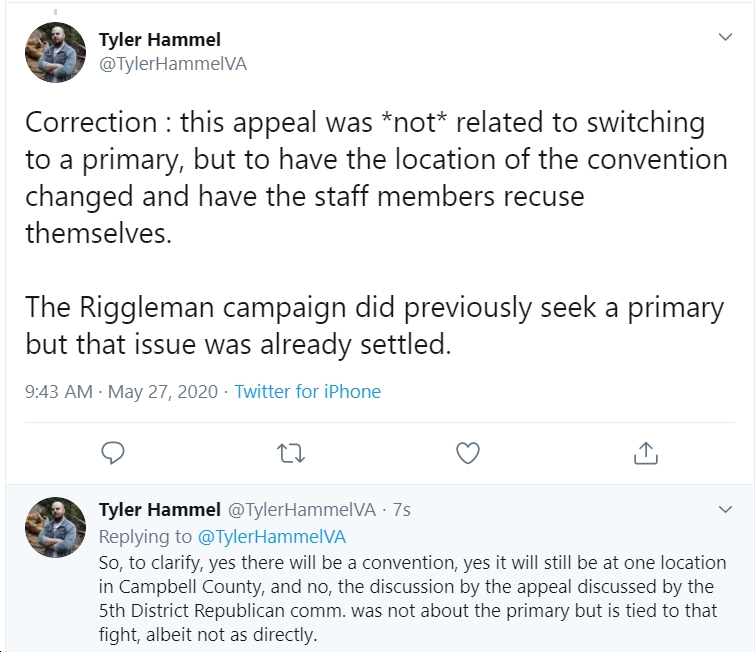 Video: Terry McAuliffe rips Glenn Youngkin as a "private equity billionaire," a "hand-picked person from Donald Trump" who's "best friends with Ted Cruz" and who wants to "ban abortions and put more guns on the street" https://bluevirginia.us/2021/06/glenn-youngkins-agenda-threatens-working-families-across-virginia#comment-5417807338