See below, as Fairfax County NAACP President Sean Perryman – and his organization – responds to Sen. Chap Petersen’s obnoxious comments yesterday on Trumpster radio (Among other things, Sen. Petersen said, “You know, all the people that we talked about that…Jim Crow, segregation, Massive Resistance, all those people, look, there were some bad decisions made, but at least they had a school system, ok, at least they had a functioning school system“). BTW, I agree with Perryman that “silence is complicity,” and that it’s important for Democrats to speak – strongly – up about this stuff.

Fairfax County NAACP just sent out its statement on Senator Chap Petersen’s statement, which looked back fondly on Jim Crow, segregation, and the period of Massive Resistance. I hope I do not need to explain why such a statement should be viewed as racist.

While we have called for an apology from Chap Petersen, it’s more important that his colleagues in the Senate and the Democratic Party rebuke his statements.

For weeks, we have heard that silence is complicity. I hope that something was learned from these weeks of protests and the party will not remain silent. 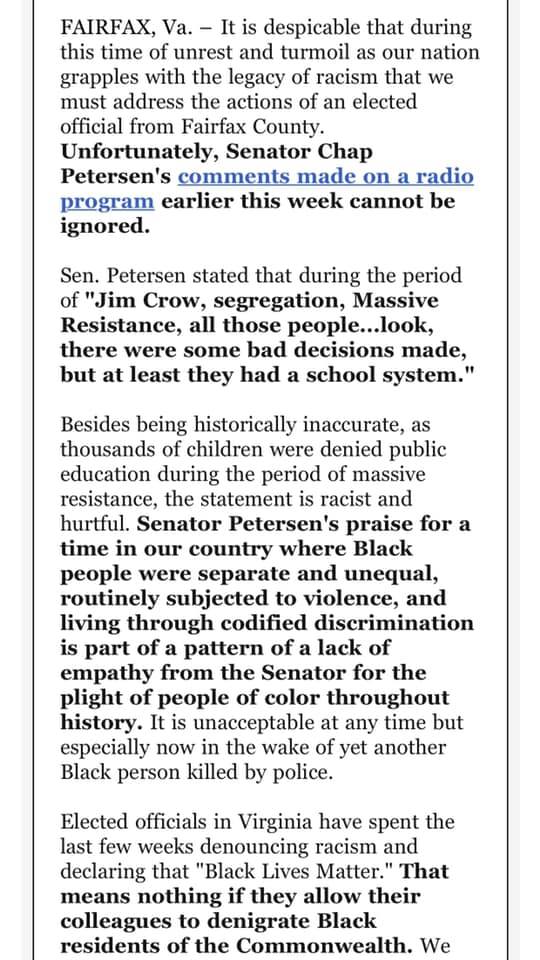 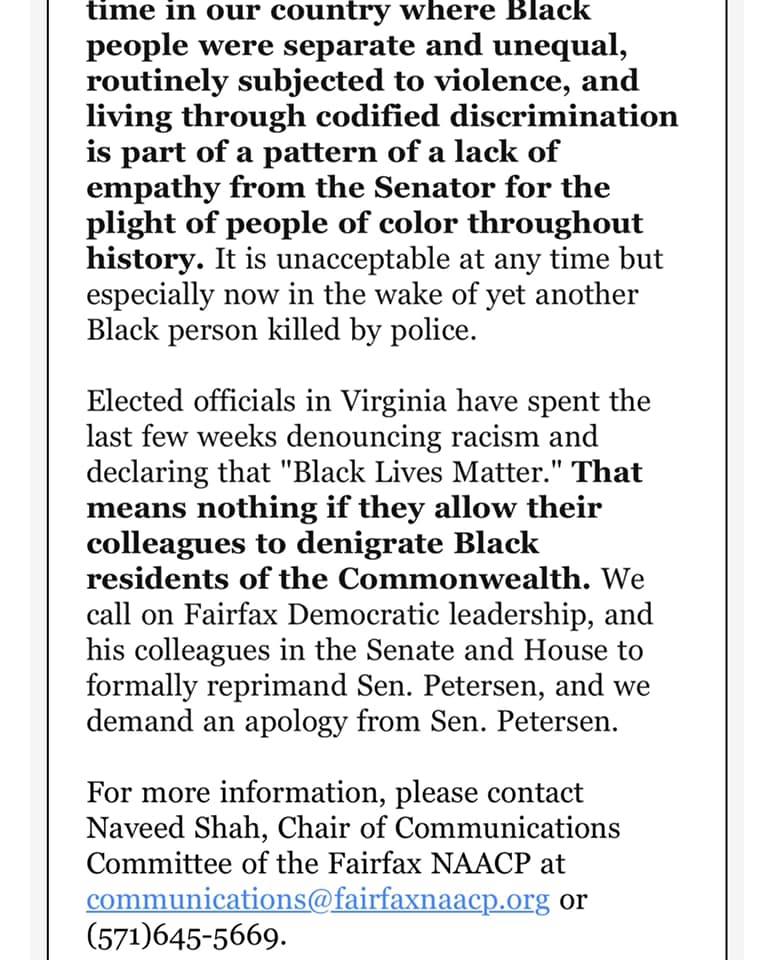