This past Saturday, Del. Nick Freitas prevailed, in a marathon (13-hour) VA07 GOP convention, against four opponents (the main ones being Del. John McGuire and Tina Ramirez). Check out this spreadsheet of round-by-round results, by Roanoke GOP Chair Dan Webb, as well as the tweet by VA Capitol Square, about how it went down. In short, though, as VA Capitol Square puts it, the key to Freitas’ win was not so much “building towards a consensus coalition” as “outlasting your opponents to win a majority of a shrinking pie over many hours.” Many hours, by the way, in which temperatures were in the 90s and people apparently were passing out from the heat. So it’s not particularly surprising that not everyone stayed around for the entire event. With that, here are some numbers… 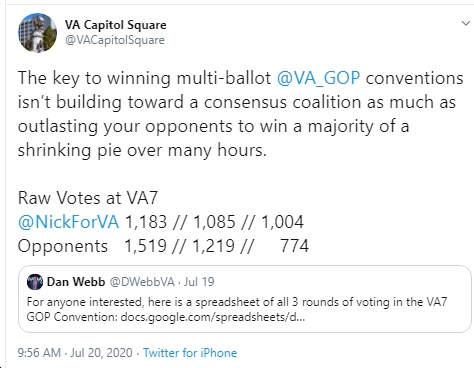 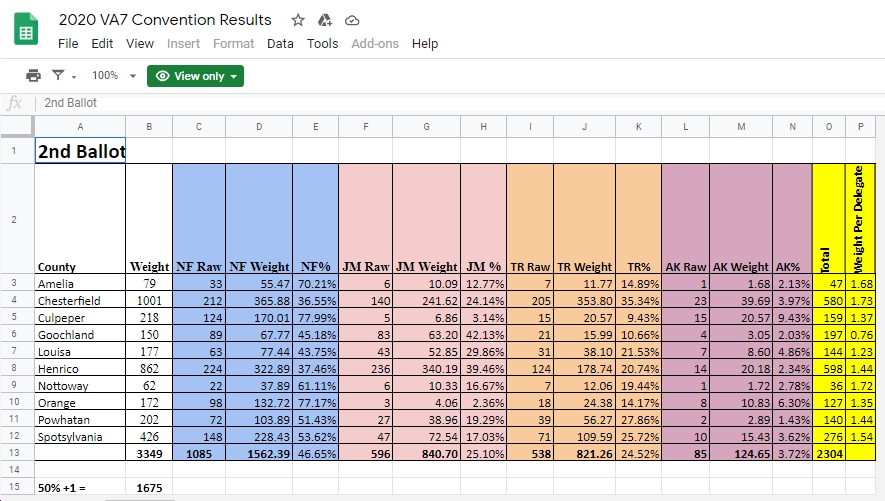 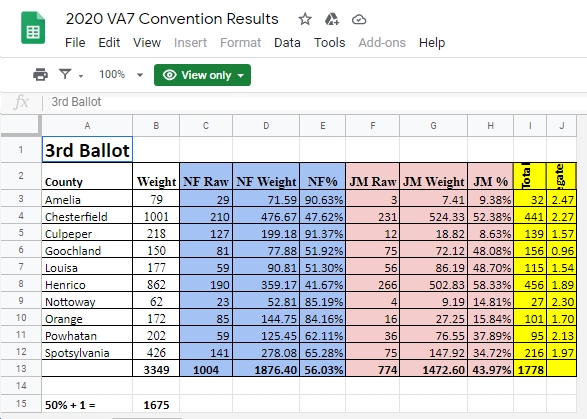 VA Members of Congress React to Taliban Takeover of Afghanistan