Check out, below, the massive contrast between the Twitter feeds of the Democratic (Dr. Cameron Webb) and Republican (right-wingnut/bigot Bob Good) candidates in VA05.

First, here’s Dr. Webb, “on the campaign trail in the day, working on the COVID unit overnight (with a nap in between)”; getting endorsed by President Barack Obama; demonstrating his enormous expertise regarding healthcare in this time of COVID-19 (and how valuable he’d be in Congress), etc. We’ll get to Good, who is anything but good, in a moment…

Today’s doubleheader: On the campaign trail in the day, working on the COVID unit overnight (with a nap in between). In both cases, it’s too critical a moment to not step up. <cues get hype music> pic.twitter.com/v5gVlk7fwC 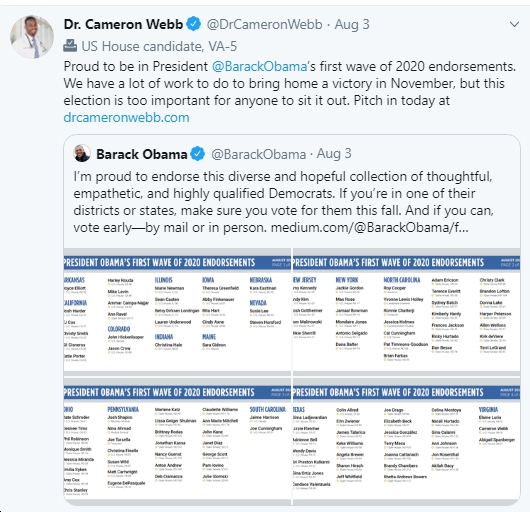 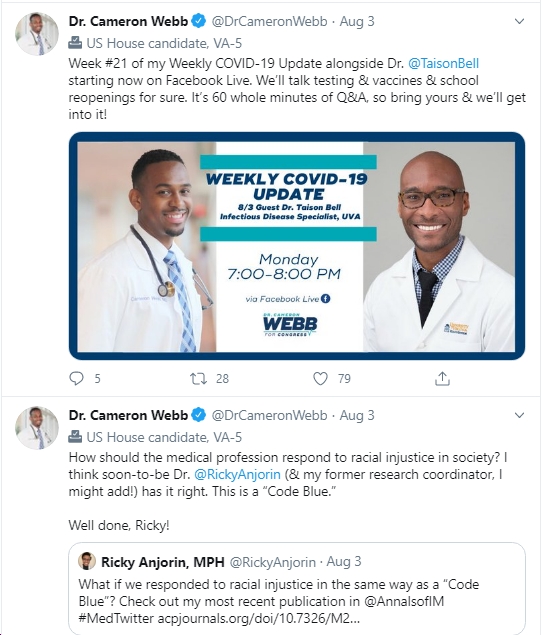 And now, here’s Bob Good’s Twitter feed…oh wait, what? That’s right, Good’s been suspended from Twitter for a few weeks now, for whatever reasons. Of course, Good is the same person who falsely claimed that COVID-19 is a “manufactured crisis,” that we “have largely eliminated systemic racism” in our country, that Dr. Webb has supposedly “wrapped himself” in the supposedly “Marxist” Black Lives Matter movement, that the Black Lives Matter movement wants to “destroy this country” and the “patriarchal structure of the family,” etc. Seems like Twitter might have suspended Good for any of that crap…wonder which one it was?  Anyway, it’s certainly no loss to have Good booted off of Twitter. He should be off of Facebook as well, but of course that’s Mark Zuckerberg’s baby, and Zuck sucks.

Anyway, on November 3, let’s do whatever we can to help elect Dr. Webb to Congress, and make sure that Good isn’t just booted off of Twitter, but also out of any chance of getting elected to public office. 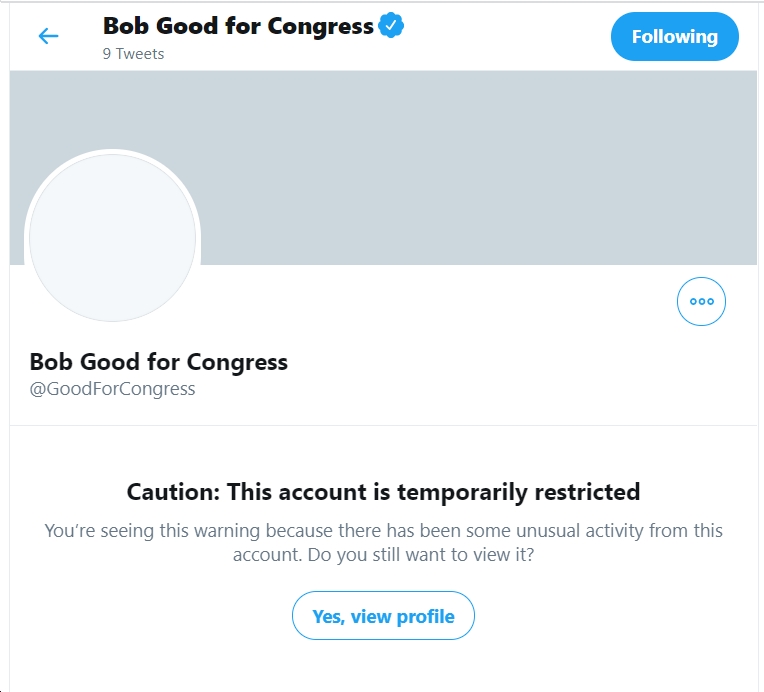