As the Virginia General Assembly debates criminal justice and policing reforms – including this morning’s meeting of the Virginia State Crime Commission – Virginia Republicans are busy fearmongering and demagogue-ing about this important issue. The only problem for Republicans, other than being wrong, is that voters don’t agree with them. In fact, according to this new polling – by a bipartisan combo of “Beacon Research, a Democratic firm, Shaw & Company, a Republican firm” – “a supermajority of Americans want to see wide-ranging reforms to the criminal justice system.” You can see the highlights, below, including three-quarters or more of voters supporting:

Also note that support for these highly popular policies is, not surprisingly, a net-plus politically. In short, these are both the right thing to do from a policy perspective AND helpful politically. Which makes it even more bizarre that Virginia Republicans have decided to not just work to block these reforms, but to fearmonger and demagogue about them. 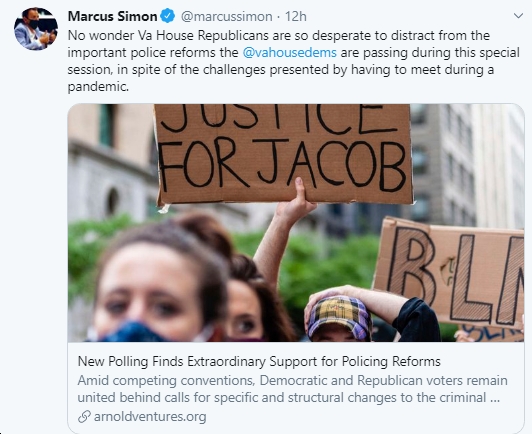 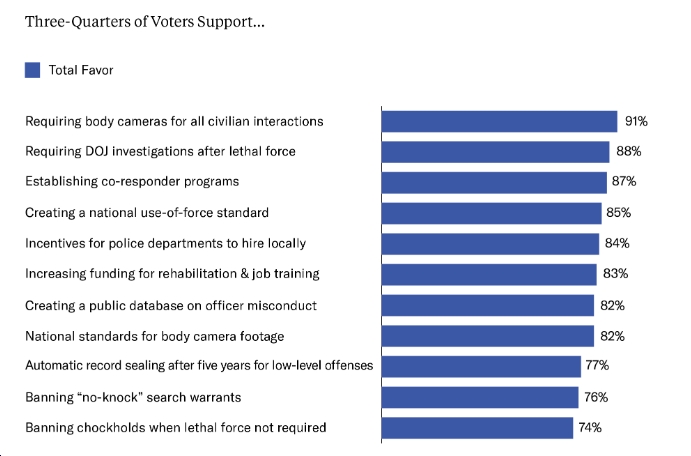 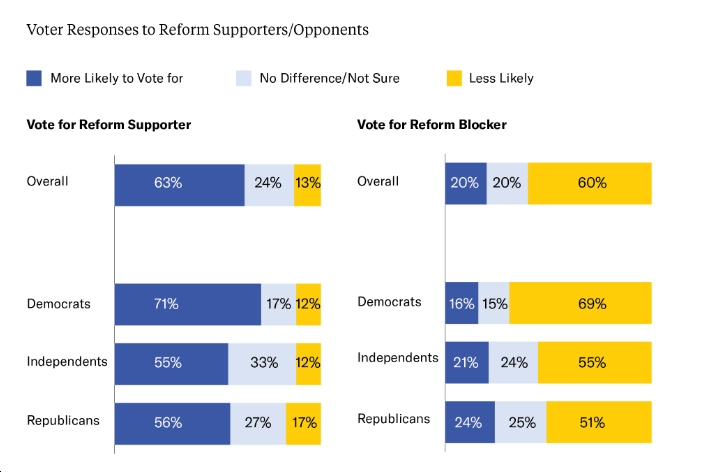 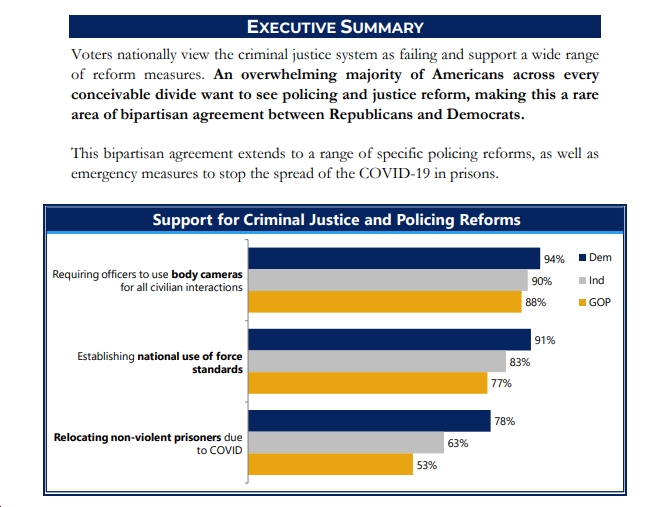 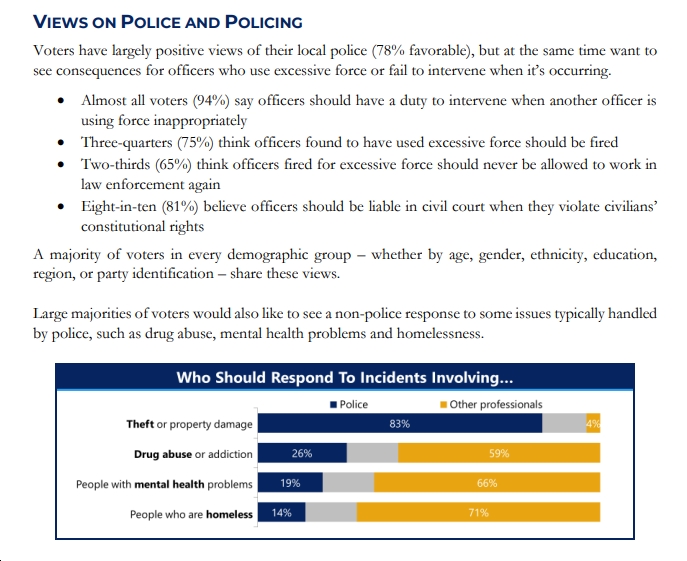 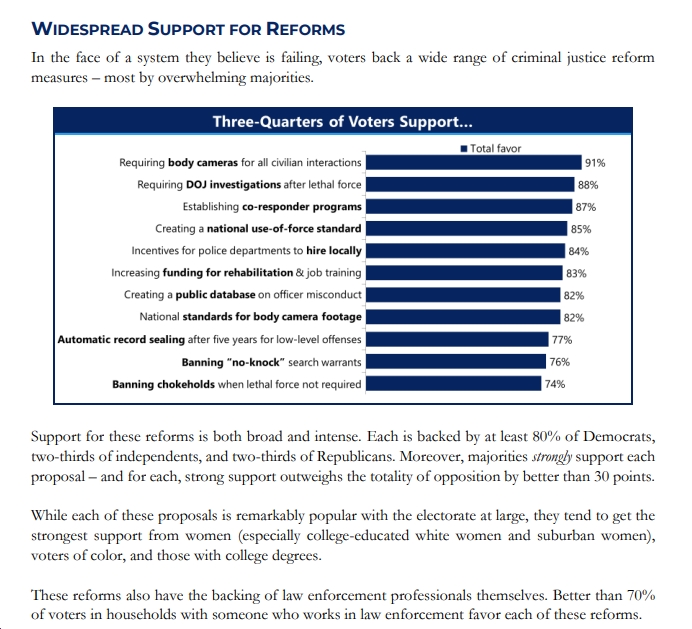 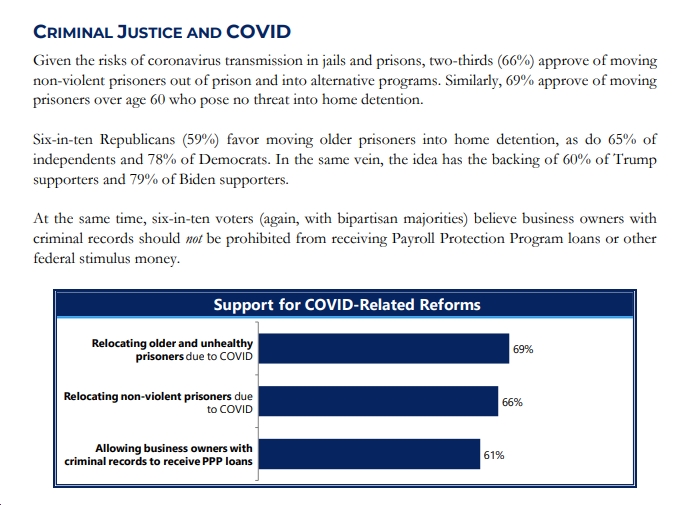 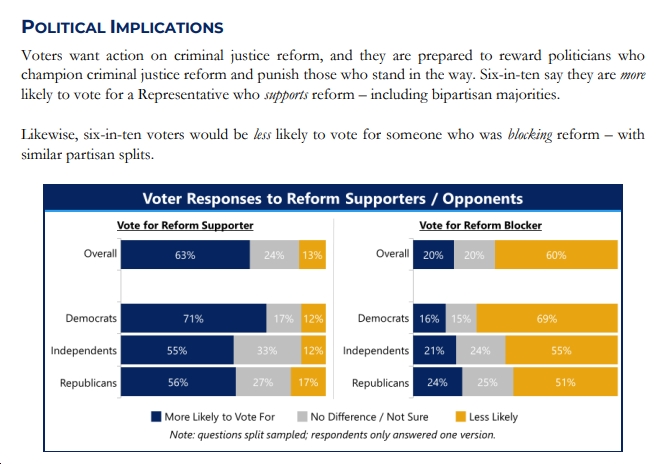