See below for video, plus Ben “Not Larry Sabato” Tribbett’s live tweets, of Lt. Governor Justin Fairfax’s announcement a few minutes ago, in Fairfax City, for the Democratic nomination for Governor of Virginia in 2021. Despite sexual assault allegations against him (by Vanessa Tyson and Meredith Watson), it’s been widely assumed for a while now – certainly since December 2019  – that Fairfax would be running. In his announcement this morning, Fairfax talked about the manumission from slavery of his great-great-great-grandfather Simon Fairfax on June 5, 1798, by Lord Thomas Fairfax, and also noted that the 14th Lord Fairfax has endorsed his candidacy for governor. Lt. Gov. Fairfax talked about “tearing down symbols of racial oppression,” including the “living monuments to that oppression,” including “substandard schools,” “a broken criminal justice system,” “a broken healthcare system and a system of oppression in housing.” He talked about being on a “journey of purpose” and said “we need change in our country now more than ever,” starting on November 3rd with the election of Joe Biden and Kamala Harris. He noted the COVID-19 crisis and a “crisis of racial injustice and racial oppression.” And, he added:

“There are some, that even in this moment when we need to build and lift each other up, are focused on tearing others down. They will stop at nothing to try to destroy what so many have worked so hard to create. But today…we have a message for them – the future belongs to those who build people and communities up and not people who tear those communities down…’I rise, I rise, I rise,’ and we will rise together….History is calling, and we will answer.”

With Fairfax’s entry into the race, the Democrats running now include – in addition to Fairfax: Del. Jennifer Carroll Foy, State Sen. Jennifer McClellan, and almost certainly former Gov. Terry McAuliffe.Do you have a favorite at this point, are you undecided, or are you not really thinking about 2021 yet? Personally, I’m focused heavily on 11/3/20, but Virginia 2021 candidates haven’t necessarily been waiting until that election’s finished. For now, though, here’s video of Fairfax’s announcement, including his introduction by former Del. Michael Futrell and the national anthem by Tilly Blanding. 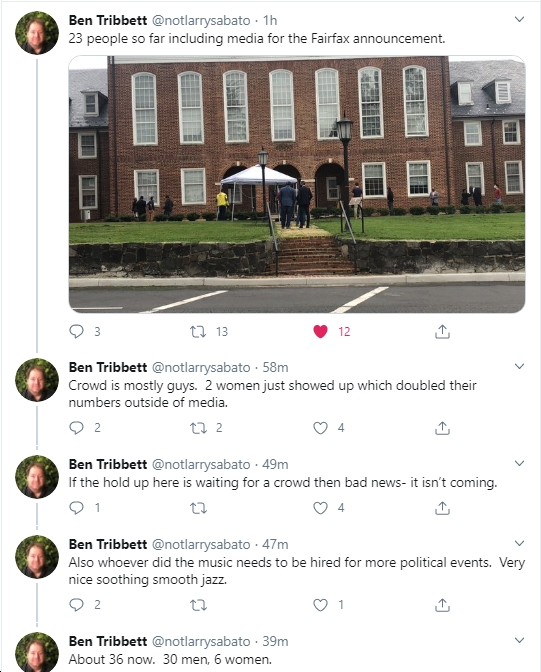 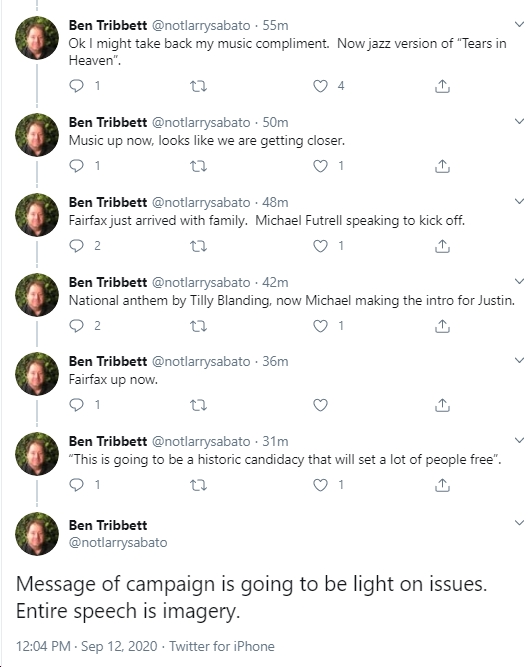