See below for the latest, unhinged tirade from far-right extreme State Senator Amanda Chase, a candidate for the Virginia GOP’s 2021 gubernatorial nomination, as well as some, uh, “highlights.” This time, Chase – who has previously ranted about defending “WHITE HISTORY,” whatever the hell that is – is now *outraged* that there’s such a thing as Indigenous People’s Day here in Virginia (proclaimed by Gov. Northam this past Friday).  Check it out, and keep in mind that – as usual – almost everything Chase says is untrue, massively distorted, etc.

Oh, and don’t forget, assuming our democracy survives until 2021, we’re scheduled to hold elections next year in Virginia for governor, Lt. Governor, Attorney General and the entire House of Delegates — and it’s actually possible that this raving, extremist nutjob could be at the top of the Republicans’ statewide ticket (or she could run as an independent candidate). So no, this year’s elections are far from the end of our fight with the type of mentality demonstrated by the Trumps, Ken Cuccinellis, Corey Stewarts, and Amanda Chases of the world. In fact, that fight never really ends…so stay informed and engaged! 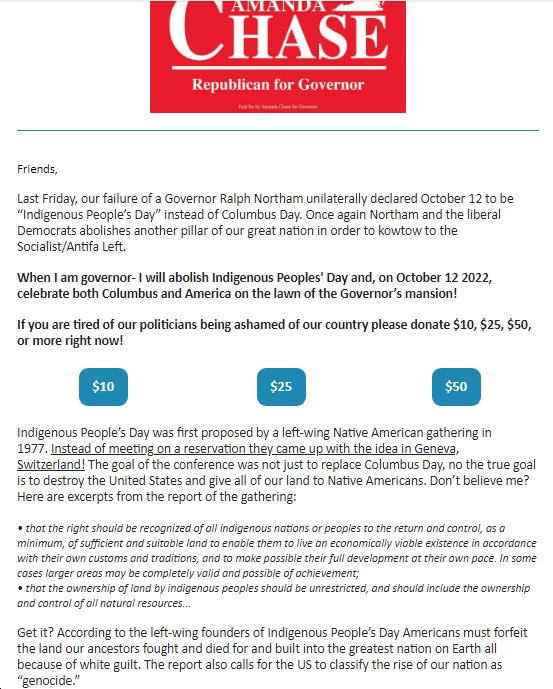 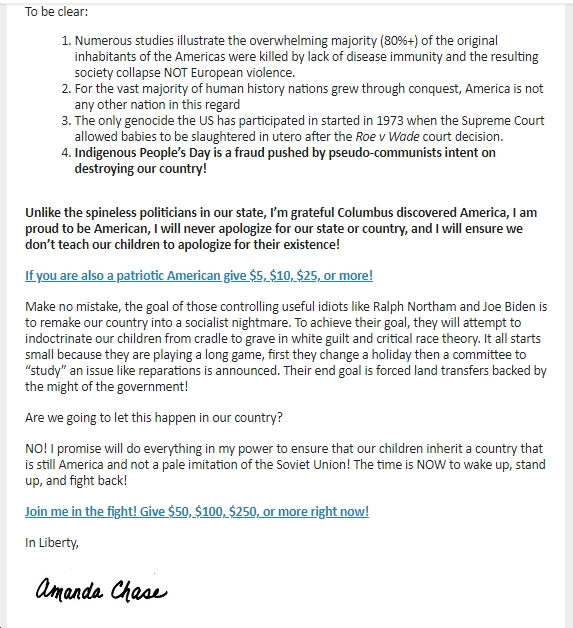