NORFOLK – With just over one week to go before the election, Congressman Bobby Scott, Norfolk Mayor Kenny Alexander, Delegate Jay Jones (D-Norfolk), Virginians with pre-existing conditions, health care workers, and a representative for minority and women-owned small businesses slammed Trump for his handling of the COVID-19 pandemic, the state of the economy, and the dangers 3.5 million Virginians face of losing protections for pre-existing conditions if Trump gets his wish and the Affordable Care Act is struck down. The group encouraged Virginians to go to IWillVote.com/VA to make a plan to vote and elect Joe Biden and Kamala Harris. You can watch a replay of the video here. 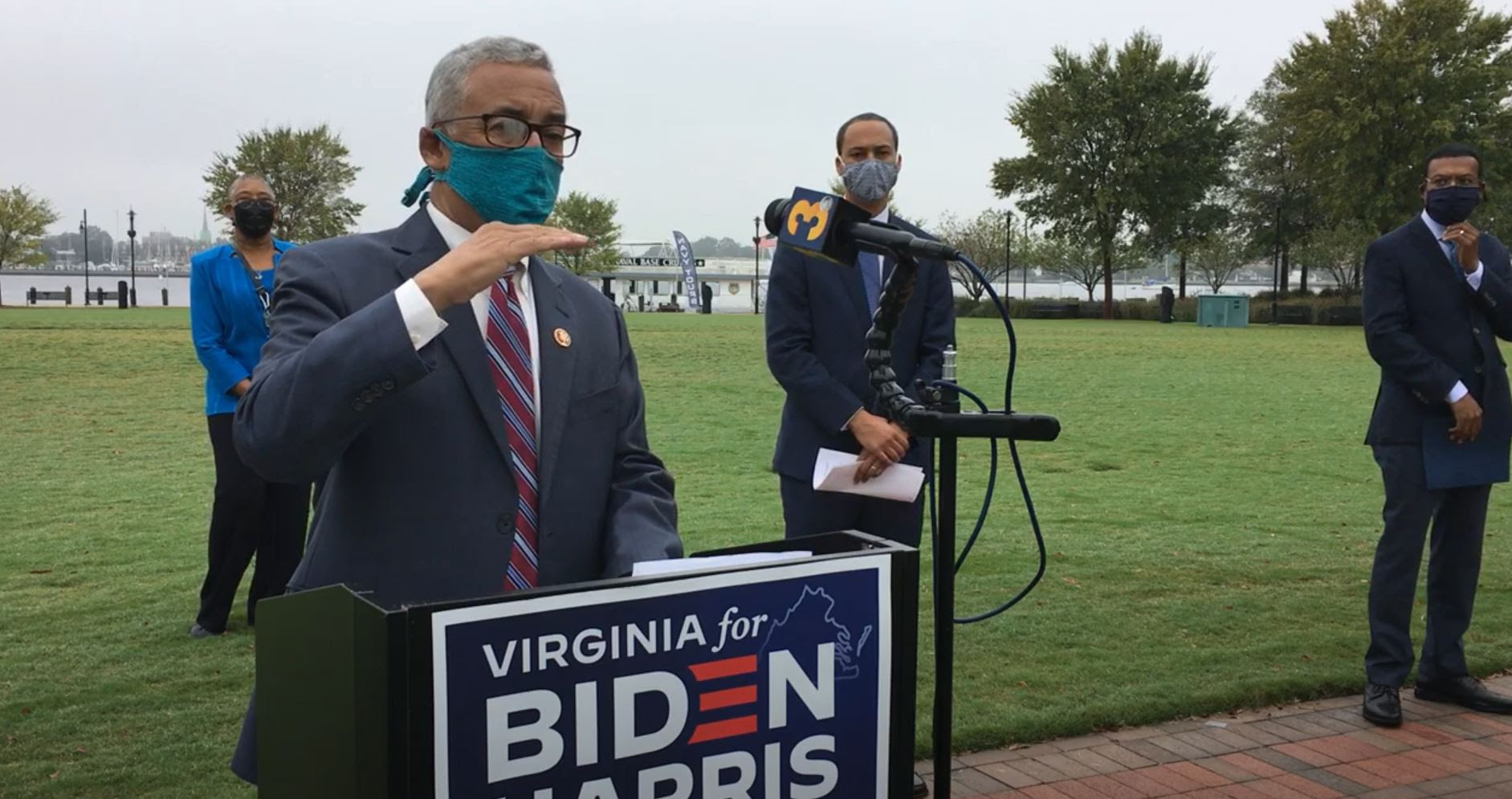 “Overturning the Affordable Care Act would jeopardize the insurance of tens of millions of Americans, and [Republicans] expect it to be overturned because Amy Coney Barrett criticized the Chief Justice’s tiebreaking vote to sustain the Affordable Care Act a few years ago, so they expect her to come forward and vote to repeal the entire bill…Four years ago [Republicans] said they would not replace a Supreme Court justice in an election year, and now they’re doing it,” said Congressman Bobby Scott (VA-03).

“More than 400,000 small businesses have shuttered for good thanks to Trump’s failure to respond to the coronavirus and the failure to support small businesses…Trump has botched the management of the Paycheck Protection Program, preventing many small businesses from getting the funds they need, especially minority-owned businesses. The facts are clear that Black communities have been failed by President Donald Trump…The Affordable Care Act is the only thing standing between us and health care ruin under Donald Trump. We will do everything we can to protect the Affordable Care Act, then build upon it to make it stronger. The best vote that I’ve ever taken in the legislature was expanding Medicaid here in Virginia for over 400,000 people. We can’t take coverage away, especially now during a pandemic,” said Delegate Jay Jones (D-Norfolk).

“In about two weeks, more than 740,000 Virginians could lose their health insurance coverage, and about 3.5 million Virginians with pre-existing conditions could lose their coverage. Thinking about the patients in our clinics with pre-existing conditions, the loss of that would be devastating to them…There are 112,000 registered nurses in the Commonwealth and each of us knows that access to high quality and affordable health care is essential to the wellbeing of our communities. But for four years Donald Trump and the Republicans in Congress have systematically worked to dismantle our affordable care…Striking down the Affordable Care Act…could send the health care delivery of Medicaid into a tailspin, and that would be a moral failure of leadership, especially now with COVID cases on the rise,” said Christine Gregory Payne BSN MBA, a nurse at a community health clinic and community activist.

“Why do you get to tell me why I deserve to live or die just because I can’t afford health insurance?….I refuse to be beaten like that. I refuse to bow to Trump’s bullying, because I am not weak, as he likes to call us….It is very important that [we] hold these legislators accountable, that [we] don’t give up, because they work for [us]. That is why you need to vote at IWillVote.com, because we have 8 days and we need to tell Trump that not only is his time up, but that we will beat him,” said Gabrielle Aldea, a Virginia Beach resident with a pre-existing condition, who currently gets her insurance through Medicaid.