Good for Sen. Mark Warner and the other Democratic Senators for keeping the pressure on here…

A group of senior Democratic senators is requesting that the Department of Homeland Security publish its analysis of foreign disinformation campaigns that are trying to undermine confidence in voting by mail. The briefing, provided to lawmakers on Sept. 3, highlights that remarks made as part of these campaigns align closely with President Donald Trump’s attacks on mail-in voting, according to the lawmakers.

Trump, as we know, has been working for months to sow false doubts among the American people about voting by mail, and about the integrity of our elections more broadly. Why? Presumably, because he believes he’s likely to get trounced in a 100% free-and-fair election, and is terrified of leaving office and possibly going to prison for the rest of his life. Anyway, don’t listen to a word this pathological liar has to say about our elections, or anything else for that matter, and make sure you vote – and vote early if at all possible! 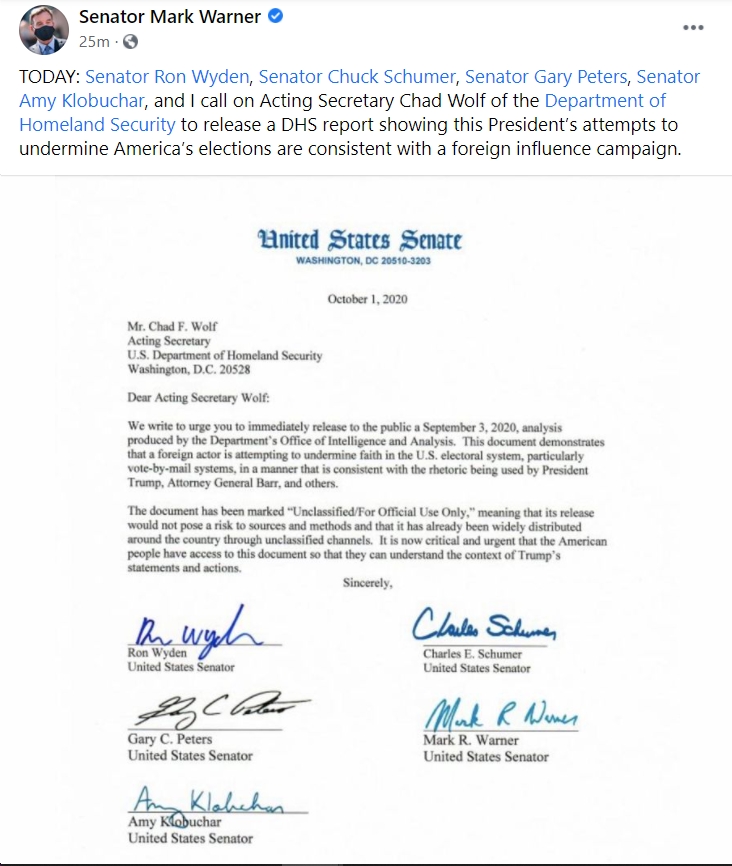