Over the past few months, you might have noticed how the corporate Virginia media’s editorial slant have been heavily in support of the fatally flawed Amendment 1, yet they have spent almost zero time looking into who’s funding the pro-Amendment effort and what their motives might be. In stark contrast, here at Blue Virginia we’ve covered this closely: see Money Supporting Virginia Redistricting Amendment Pours In From Out of State, Major GOP Donors…Including to Mitch McConnell and Kevin McCarthy, Texas Hedge Fund Billionaires Funding Virginia Redistricting Amendment Effort Give $250k Donation to “OneVirginia 2021”, Another $250k Donation to Pro-Redistricting-Amendment Group Brings Total From Texas Hedge Fund Billionaires to $503k, etc.

So basically, as Fair Districts VA writes (see screenshot, below):

“Today’s hidden dark money donor to the yes campaign is $150k from ‘Unite and Review Fund’, which doesn’t exist online but the address they gave for their report is the same address as this investment firm: https://summitpartners.com/team”

“Why would an organization with offices in California, Massachusetts, England, Luxembourg (but not Virginia) have an interest in supporting a Constitutional Amendment that suppresses the voices of Black and Brown Virginians in the redistricting process?”

Good question; any answers? [UPDATE: The address information is on the VA Dept. of Elections website] Oh, and Virginia media? Maybe, instead of just posting uninformed, misleading, pro-Amendment op-eds and editorials, perhaps you might actually want to spend a few minutes to dig into this? I know, journalism, what a concept! LOL

P.S. In addition to the out-of-state $$$ funding the pro-Amendment efforts, keep in mind that some of the Amendment’s most passionate supporters are Republican/right-wing individuals such as State Sen. Amanda Chase, House Minority Leader Todd Gilbert, etc. Gee, wonder why. 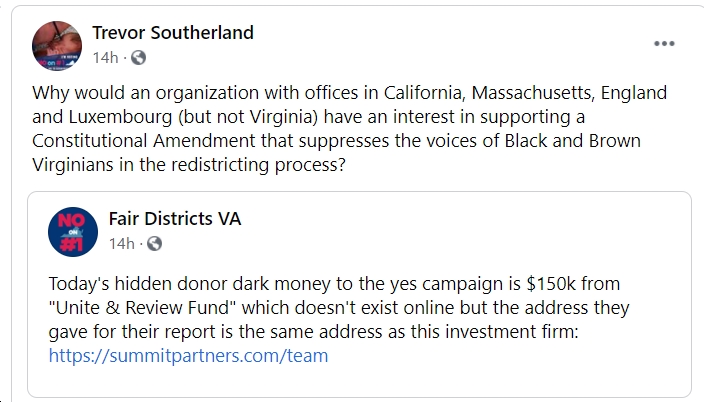 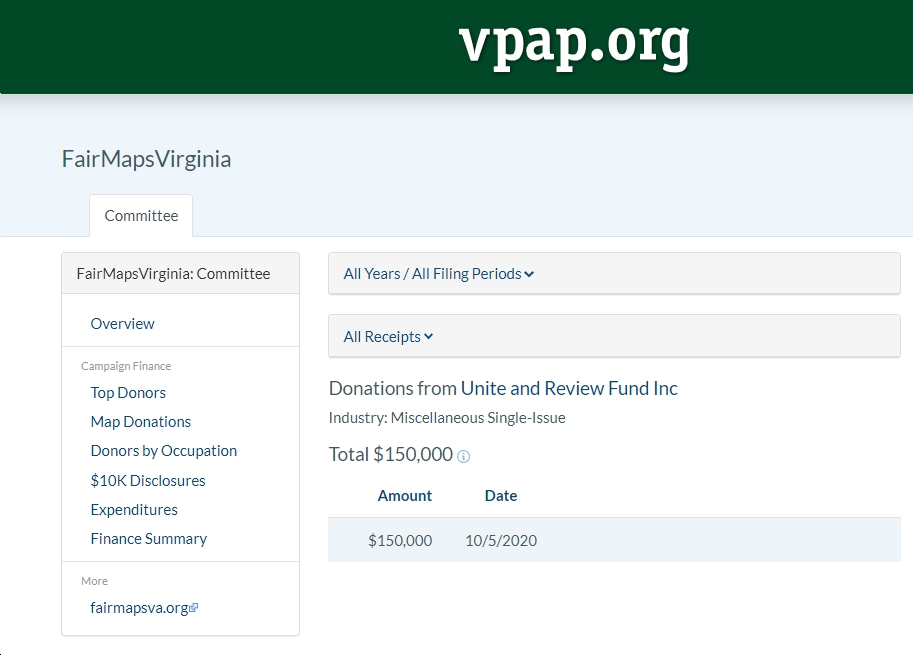 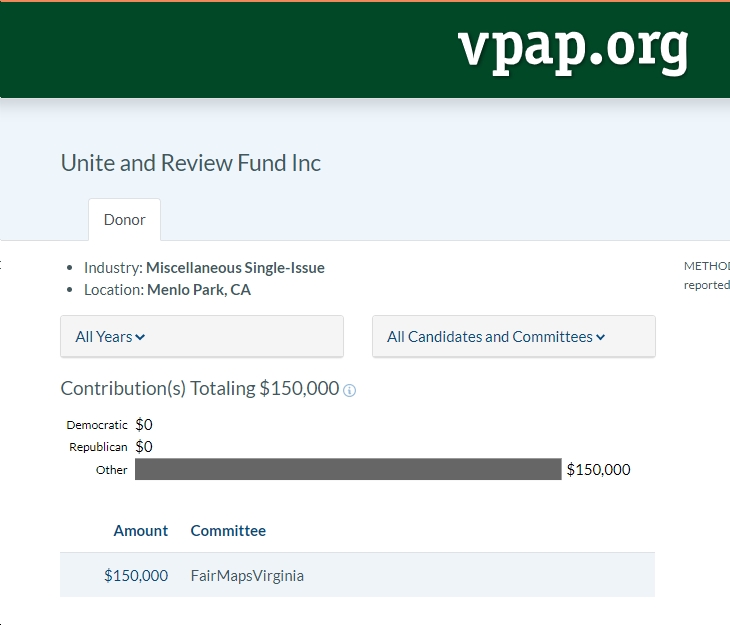