State Sen. Amanda Chase for Virginia Governor 2021 is like some sort of warped parody candidacy, except, frighteningly…it’s real. Shudddderrr. On the other hand, let’s hope Virginia Republicans are stupid and crazy enough to actually nominate this anti-science, anti-vaxxer, COVID-denying, COVID-superspreading, ERA-demonizing, “white history”-defending nutjob – or that she runs as a third-party/independent candidate – thus all but guaranteeing a Democratic landslide next November. Go Amanda Chase?!? LOL

P.S. On this topic, see today’s piece in the WaPo, The GOP has a long history of ignoring science. Trump turned it into policy, which explains:

“the overwhelming misinformation on science is coming from the right, where activists (especially on the religious right) have endorsed the notion, long echoed in a lot of GOP messaging, that you don’t have to evolve with the times. In these quarters, ‘freedom’ — even freedom to harm fellow citizens — is more important than the public good, and a belief in American indefatigability has led to poor choices and selfishness. The same attitude that tells the government to ‘get off my back’ causes people to refuse to mask up at a supermarket.” 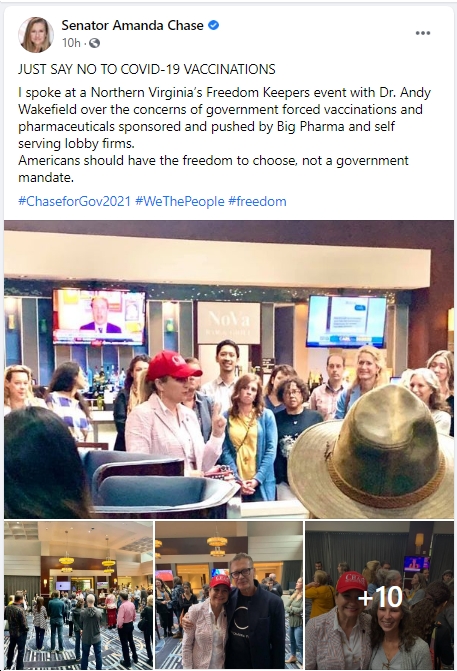 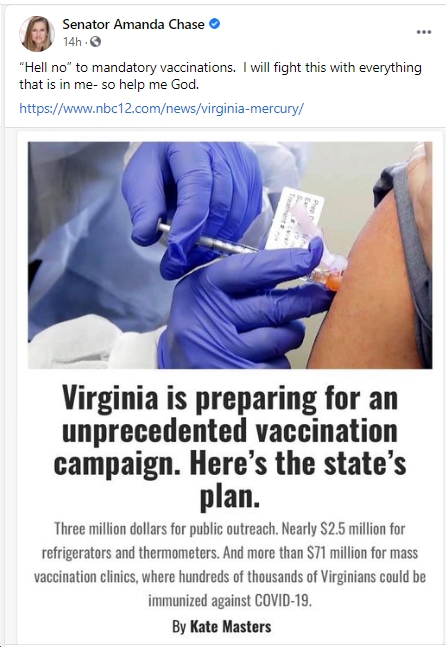