There’s been a fair amount of criticism – particularly by Ben “Not Larry Sabato” Tribbett and Dave Wasserman of the Cook Political Report – of Fairfax County’s government for having only one early voting location open in that enormous county (1.15 million people, 406 square miles) since early voting began on September 18. For instance, as Wasserman tweeted on October 4, Fairfax County had seen fewer early/in-person voters than either Prince William County or Loudoun County, even though Fairfax County “has more than twice the registered voters…all b/c it can’t speed up its line.” That was a week ago; where are we now?

How does this compare to the Commonwealth as a whole and to other Virginia jurisdictions? See below the Fairfax County graphic for more on that… 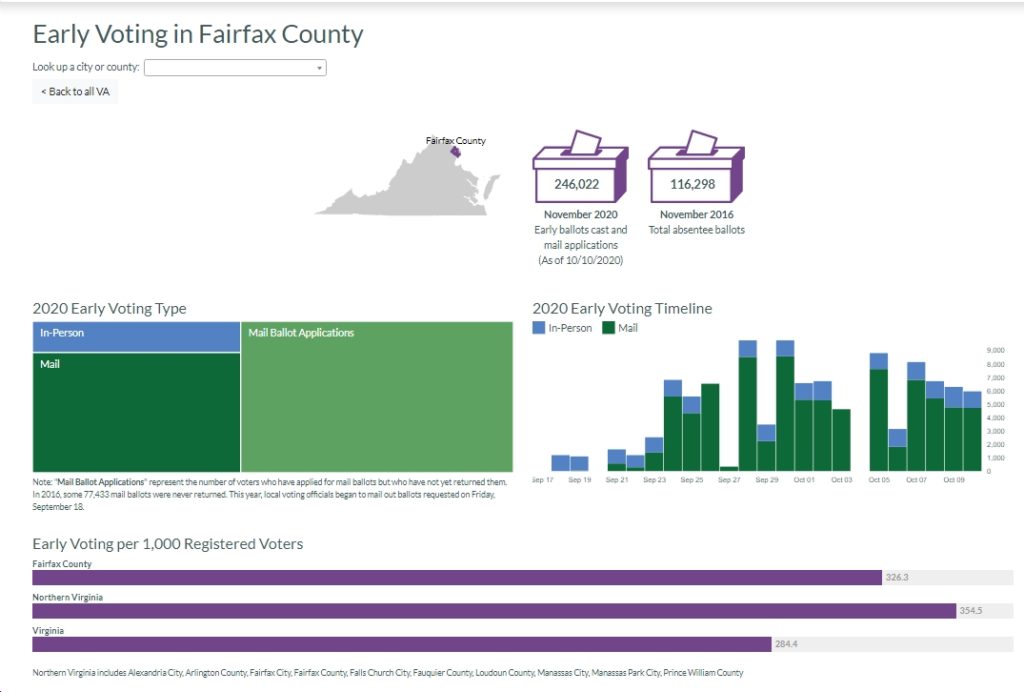 First off, here’s Virginia as a whole: 531,942 in-person ballots and 441,552 mail ballots received so far, which totals to 973,494 early votes cast so far in Virginia. Based on Fairfax County’s population (1.15 million) making up about 14% of Virginia’s population, you’d expect that Fairfax County would have cast at least 130k or so votes so far, yet it’s only at 107k. Of course, given that Fairfax County is heavily Democratic, and given that Democrats have been voting early at much higher rates than Republicans, you’d expect Fairfax County’s early vote to be even *higher* than 130k. So yes, it really does seem like Fairfax County is underperforming relative to the rest of Virginia, and by a fairly substantial margin at that. Also note that specifically re: in-person voting, Fairfax is at a miniscule 4% of Virginia overall (22,012 out of 531,942), which is *wildly* low compared to Fairfax’s population (again, it makes up a whopping 14% of the state’s population) and Democratic lean (given that Democrats have been voting early in droves across the country). And that, in turn, can really only be attributable to there only being one place to drop in your absentee ballot in Fairfax County – at the Government Center – the past few weeks. Hopefully, that will change dramatically starting this week, as Fairfax County opens up 13 “satellite” locations plus the Government Center for early voting on Wednesday. But really, given the COVID-19 pandemic and the highly unusual concerns about this election as a result of Trump’s voter suppression and delegitimization efforts, Fairfax County should never have treated this election as normal, and should have done whatever it took to open up more early voting centers, as all of this was foreseeable and avoidable. 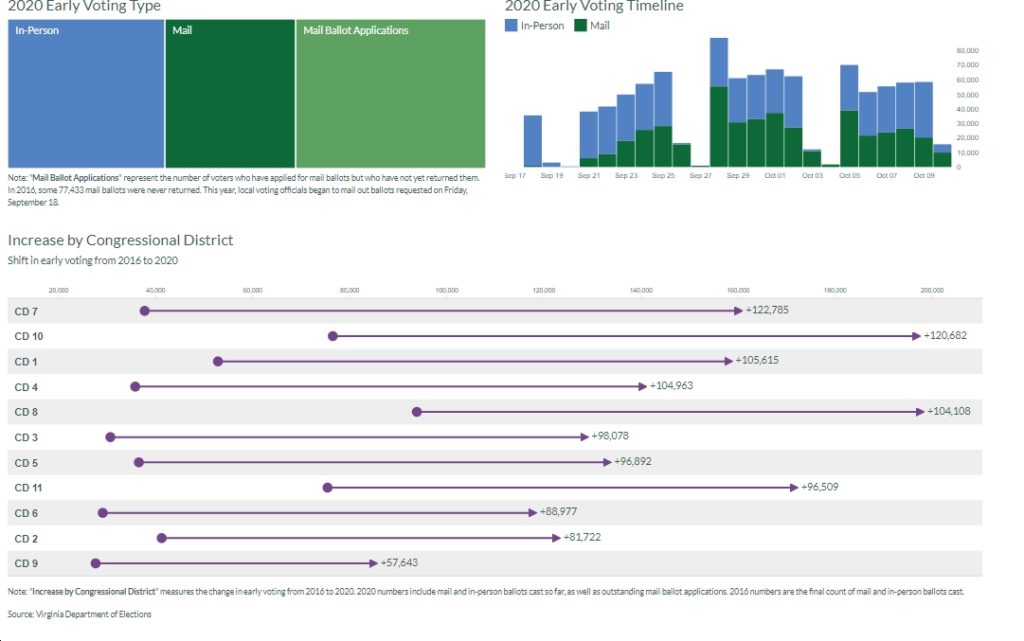 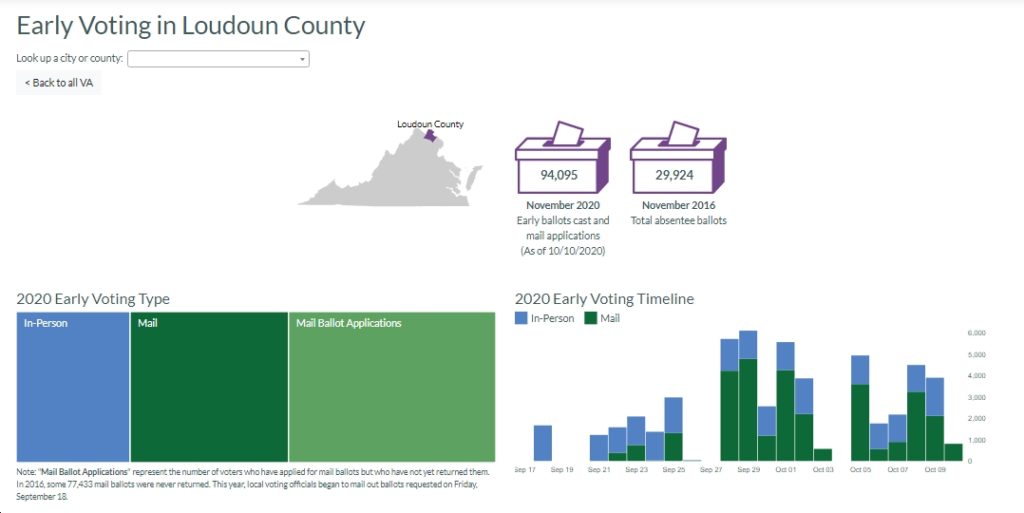