There was a massive amount of early voting this election cycle, which means that specific precinct data’s not going to be exact, but the following map from VPAP says that it “used a database listing early voters to reapportion turnout to the precinct where each voter resides.”  So hopefully that’s pretty close to what actually happened on Election Day. Assuming this methodology is accurate – or at least close – here’s what turnout by precinct in Virginia looked like in Election 2020. 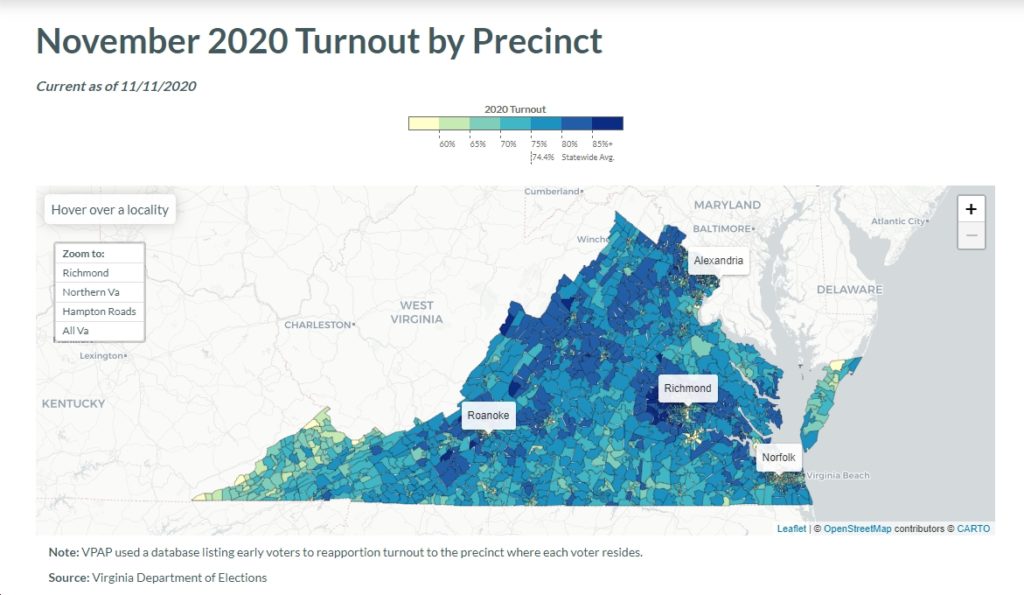 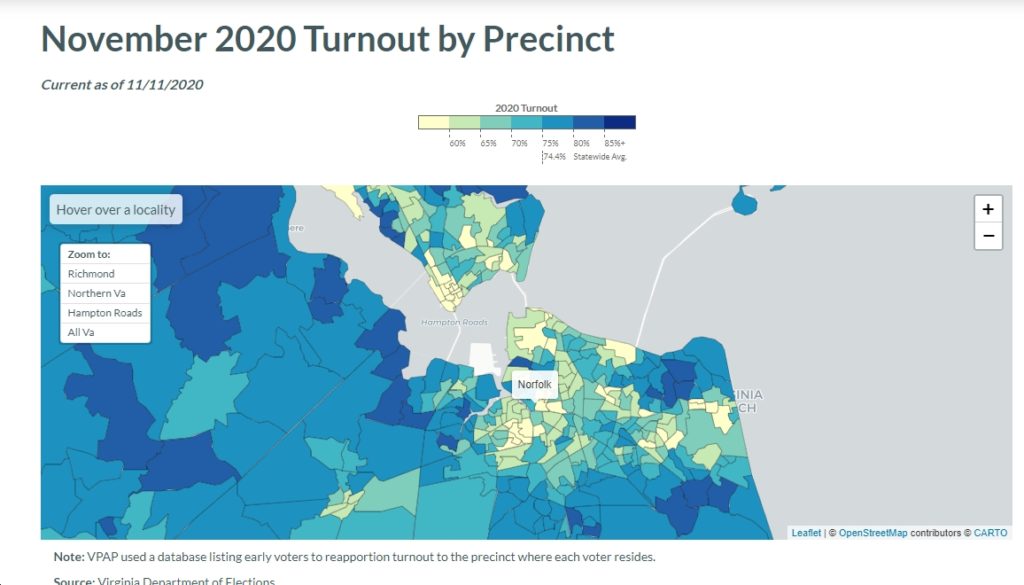 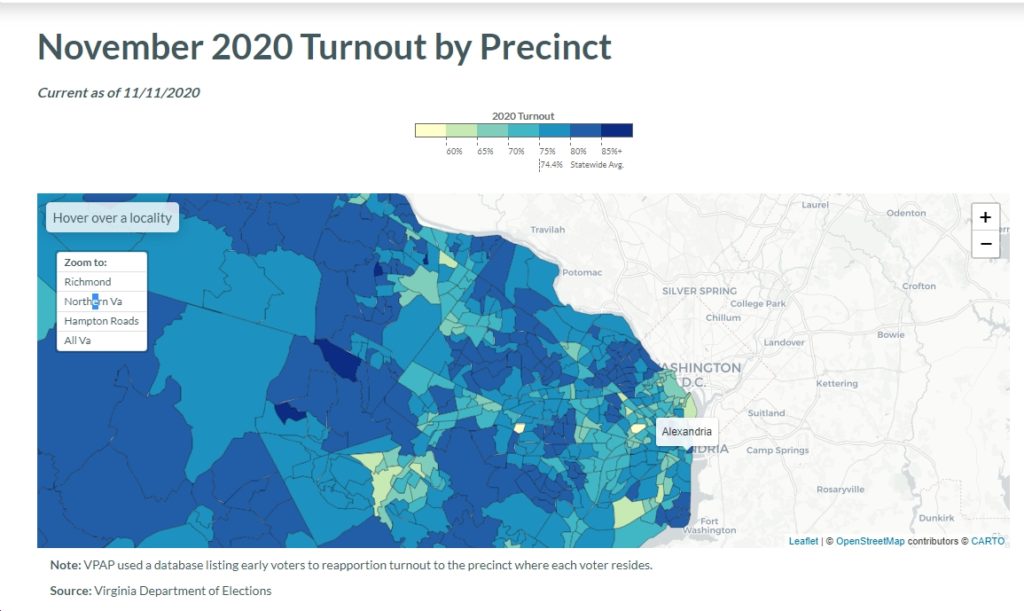 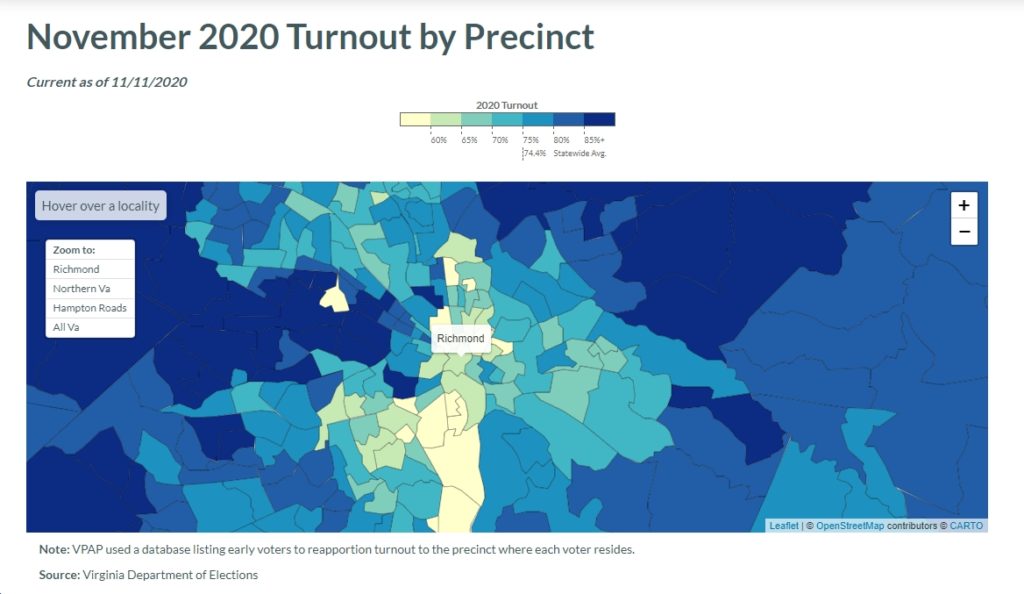 Rep. Denver Riggleman (R-VA05): “Time for a GOP that represents the core of America, not the manic fringes”