See below for the latest in the ongoing drama of the Virginia State Senate attempting to censure Sen. Amanda Chase (R) for “conduct unbecoming of a Senator.” As you can see from the resolution (below the videos), that “conduct” includes:

So basically, here’s what happened a few minutes ago, per VAPLAN: 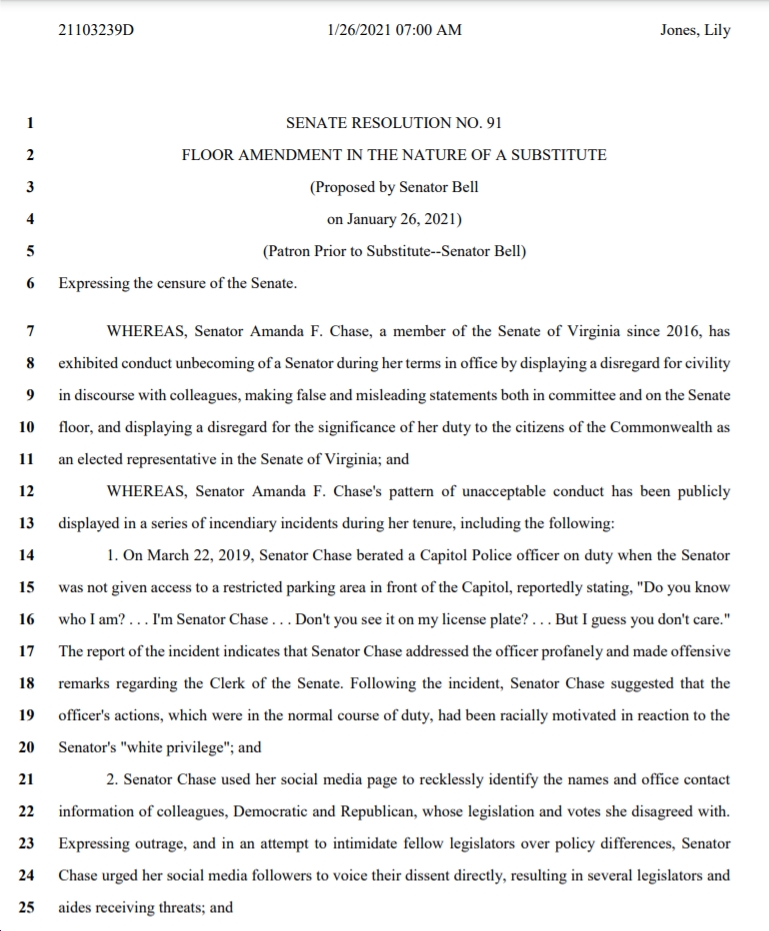 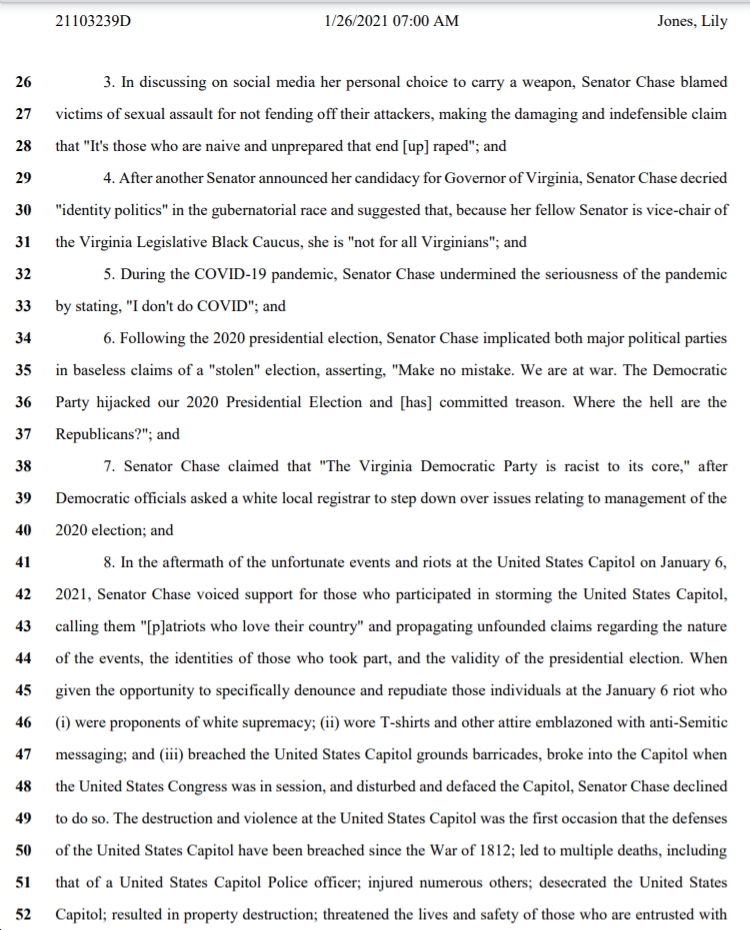 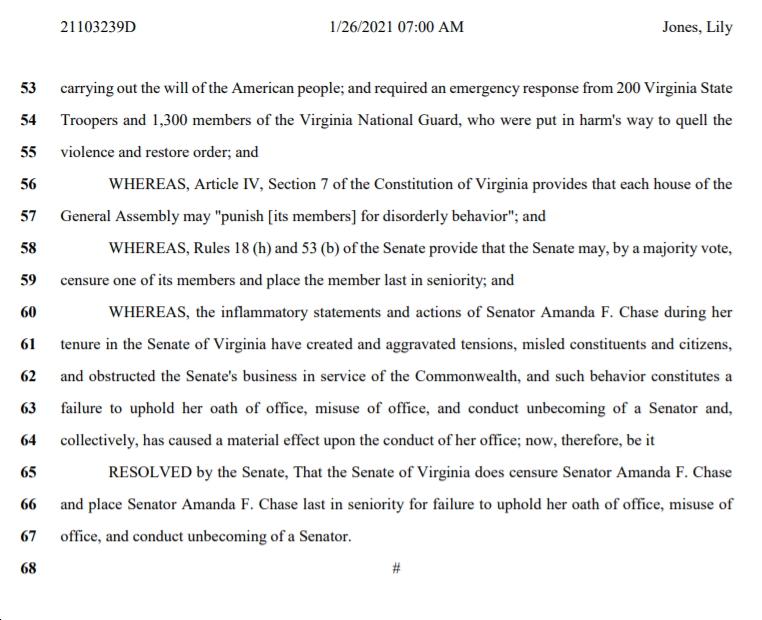