Back in November, I looked at 2021 Virginia statewide candidates’ Twitter and Facebook followers, at which time I found the following:

How are things looking now, over three months later? See below for the updated graphics for governor, as well as new graphics for LG and AG candidates… 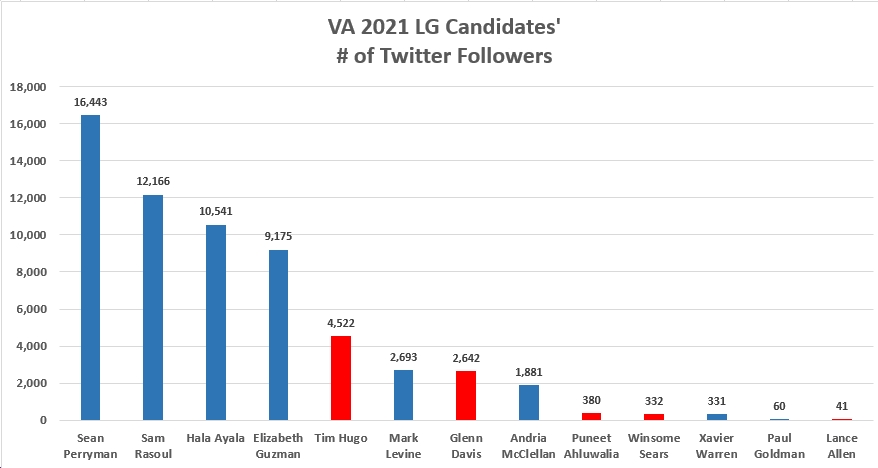 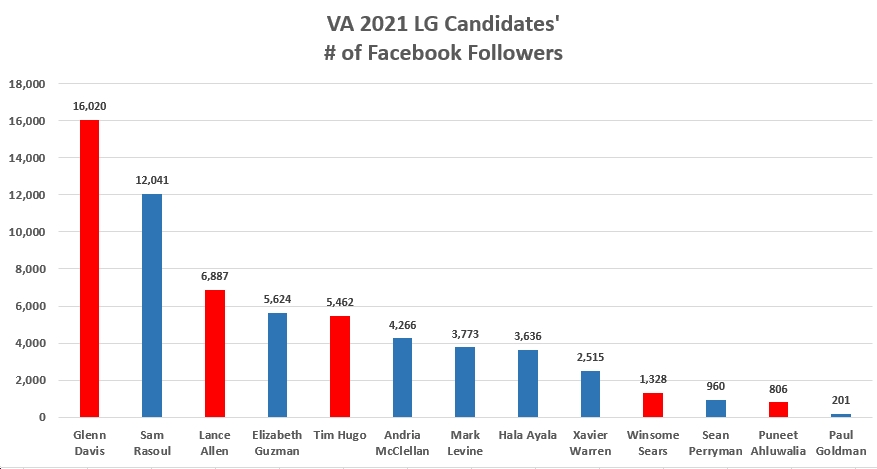 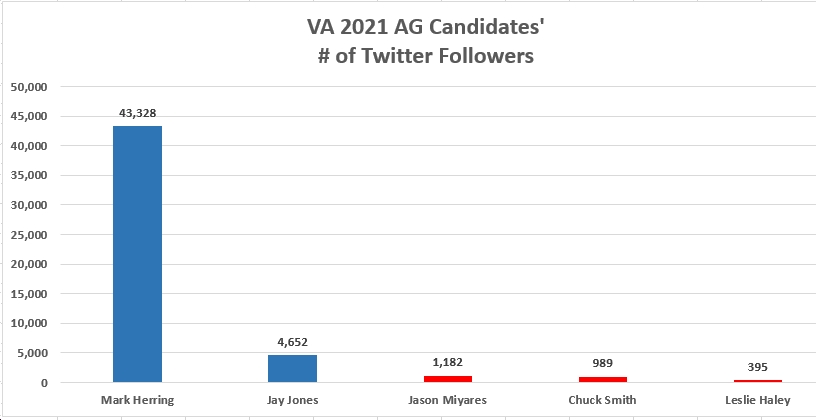