Finally, we’ve got some polling on the Virginia Attorney General’s race…by “Global Strategy Group,” which works for Attorney General Mark Herring’s campaign. The key findings, as per the following polling memo, are: 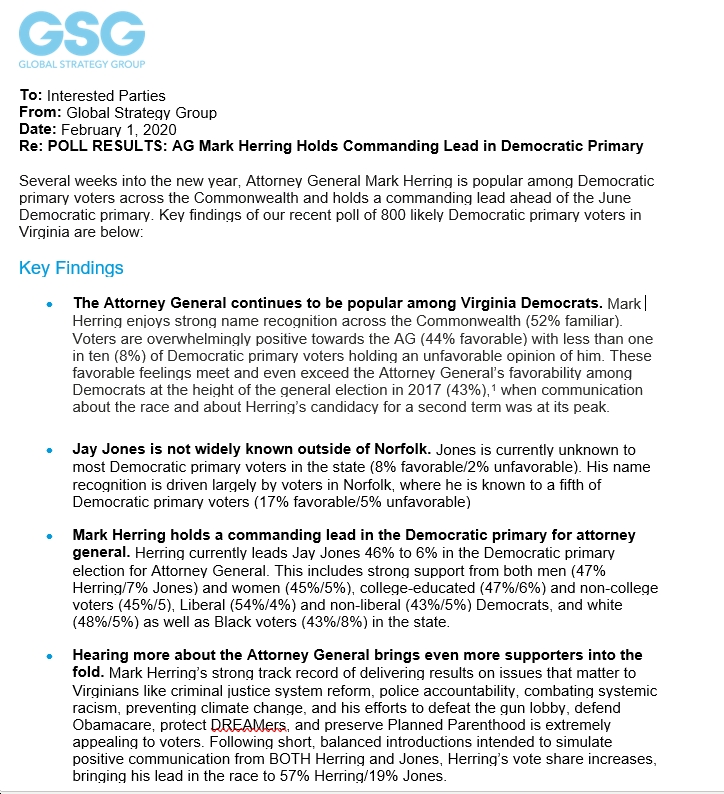