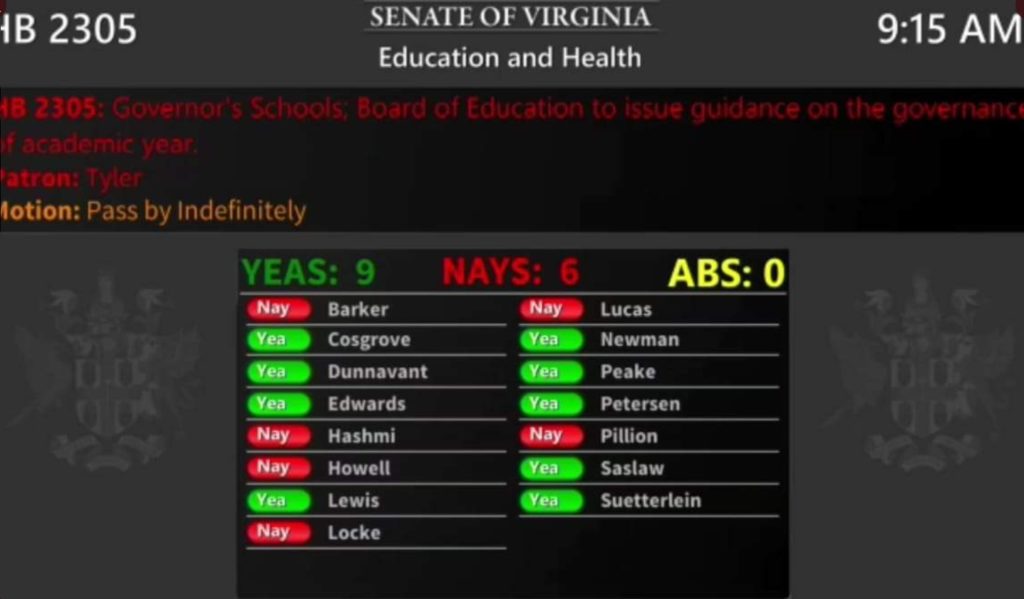 To help deal with this situation – in which Latino and Black students are chronically underrepresented at “TJ” – there’s a bill (HB2305 by Del. Roslyn Tyler) that’s been working its way through the Virginia General Assembly, and that would require “the [Virginia] Board of Education to issue guidance on the governance of academic year Governor’s Schools, including communication and outreach practices, admissions policies, and guidelines on diversity, equity, and inclusion training.” The bill passed the House of Delegates easily (58-41) on February 2, with every Democrat and a few Republicans voting “aye.” Next stop: the State Senate, where the bill was debated and voted upon this morning in the Education and Health Committee, chaired by Sen. Louise Lucas and comprised of 9 Democrats and 6 Republicans.

So you’d think this bill would be reported out of that committee easily, right? Well…nope, as you can see from the above screenshot of the 9-6 vote to “Pass by Indefinitely” (“PBI”) aka kill the bill for this year at least. Note that among those voting to “PBI” the bill were four Democrats – Sen. John Edwards, Sen. Lynwood Lewis, Sen. Chap Petersen and Sen. Dick Saslaw. Also, check out the video, in which there were some…uh, “interesting” things said. For instance: 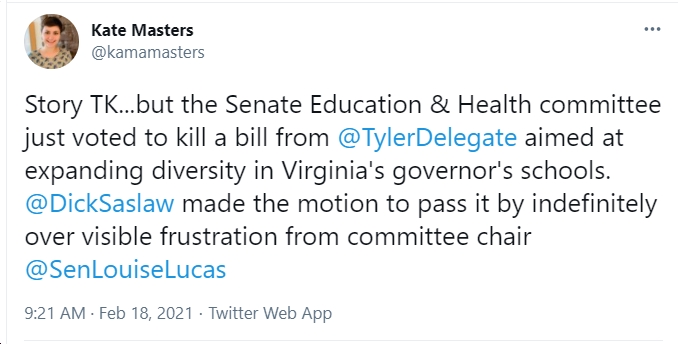