Check out the following graphics from VPAP, regarding: 1) “a record number of Democrats in the House of Delegates face a challenge from within their own party this year”; 2) Delegates running statewide (for some reason, VPAP left out Del. Lee Carter, who’s running for governor, and also Del. Elizabeth Guzman, who’s running for Lt. Governor). As for the 12 (CORRECTION: not 11, as VPAP has erroneously in its graphic…it left out Del. Mark Levine, who faces a primary from Alexandria Vice Mayor Elizabeth Bennett-Parker) Democratic House of Delegates primaries, only 2 or 3 are clearly from the incumbent’s “left” (the primaries against Del. Alfonso Lopez, Kathleen Murphy and Steve Heretick), which means the rest are not particularly based on ideology. Also, in the case of Del. Guzman, several candidates threw their hats in the ring when it seemed like Guzman might not be running for reelection, but…now she definitely is. What else jumps out at you from these graphics?

P.S. Another mistake by VPAP is that this note (“House members who fall short in their bid for statewide office this year could find themselves facing a primary challenge in order to keep their House seats.”) isn’t accurate on the Democratic side, given that the statewide and House of Delegates primaries are on the same date. Thus, for instance, Del. Hala Ayala is ONLY running statewide (for LG), so if she wins, she’ll be the LG nominee, and if she loses, she won’t be the Democratic nominee for *either* LG or House of Delegates. 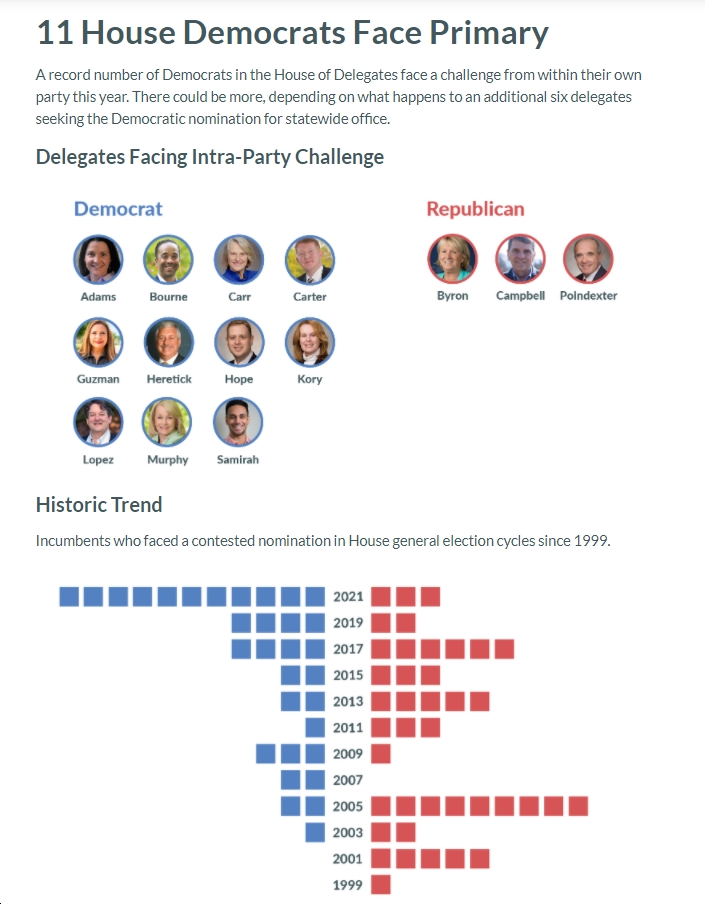 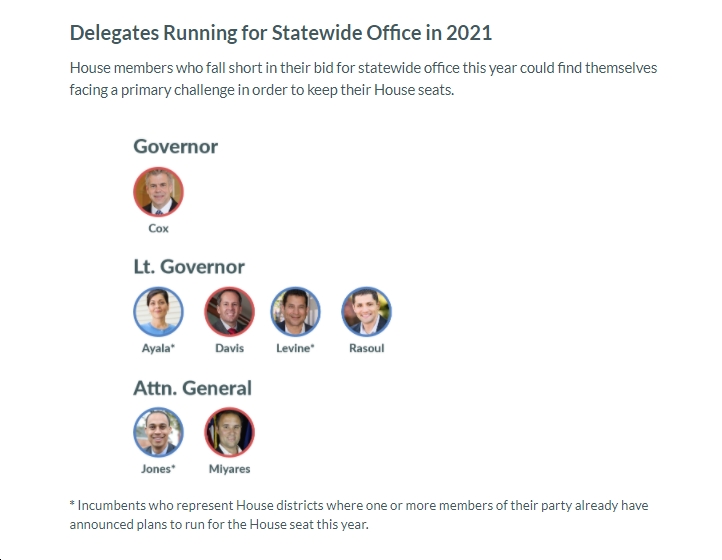