Also of note: today’s graphics show that, out of 1,092 bills introduced in 2021, a total of 662 passed, while 447 were killed and 23 “consolidated.” Of the 447 bills that were killed, 135 died in Senate committees, while 286 met their demise in House committees or subcommittees, with 26 being killed on the floor or in conference committees. 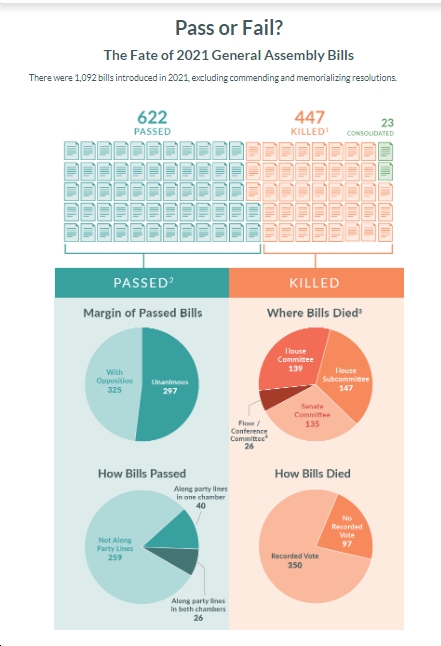 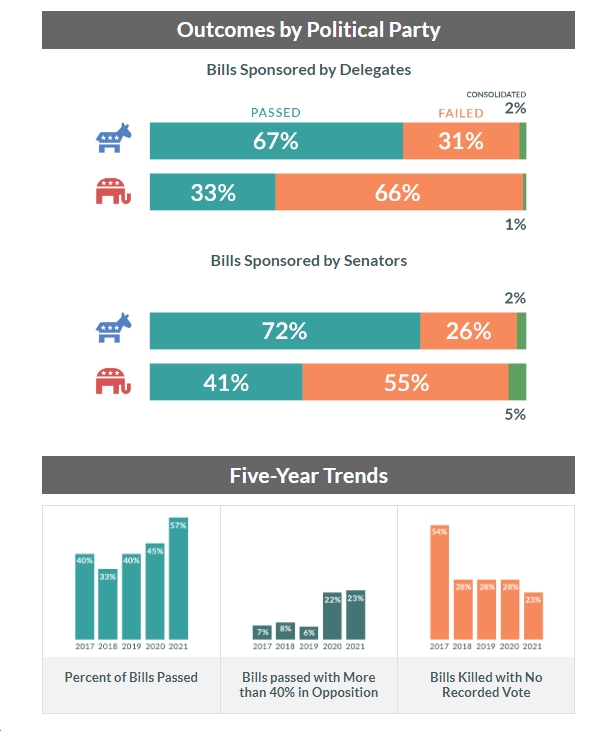