See below for a press release from Holly Hazard, who is announcing her candidacy for the Democratic nomination in the 38th House of Delegates district. This is an overwhelmingly “blue” district (Tim Kaine won it by 50 points over Corey Stewart in 2018, for instance), so whoever wins the Democratic primary is basically 100% assured of winning the general election in November. The incumbent in HD38 is Del. Kaye Kory, who was first elected in November 2009 and who has held the seat since then.

As for Hazard, her press release describes her as an “active, progressive Democrat” who pledges to “bring new energy and inclusiveness to solving problems, and we need creative ideas to move us forward as a community and as a Commonwealth.” Hazard has posted here at Blue Virginia on animal protection issues, including most recently, I’m Not A Cat. If I Were, I’d Rather Have a Shelter Provide a Spay or Neuter and Rabies Vaccination, Rather Than Be Euthanized. May the best candidate win! 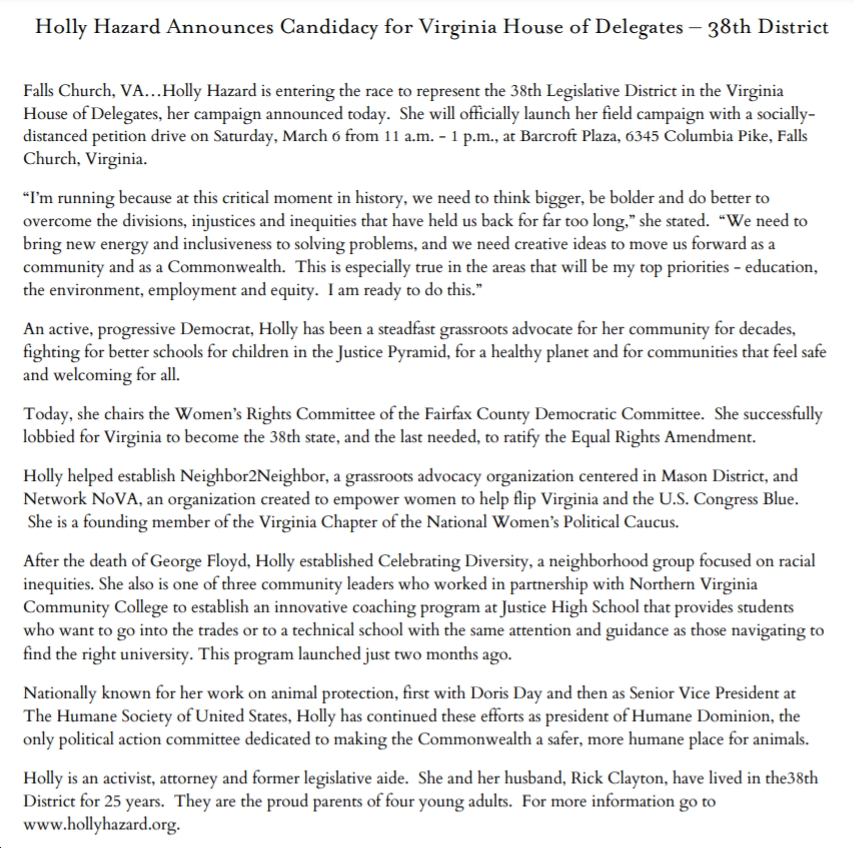