If you’re interested in tons of detail, presented graphically, about Virginia statewide candidates’ funding sources  – in absolute and relative terms – see here and below. For more information on this subject, definitely check out Cindy’s excellent article, Diving Into Virginia Candidates’ Q1 Finance Reports Highlights the Case for Comprehensive Campaign Finance Reform, as well as 1Q2021 Fundraising Numbers Coming In…. Personally, what jumps out at me is when a candidate’s funding is skewed in one direction or the other. Ideally, a candidate should have broad fundraising capabilities, including among small-dollar donors, and not heavily reliant on any single source (whether a wealthy individual, corporation, industry or single-interest group). Also, of course, a candidate needs enough money to be able to run an effective campaign, communicate with voters, etc. On that front, clearly there are a few heavyweight candidates – for governor (Terry McAuliffe, Glenn Youngkin, Pete Snyder, Jennifer Carroll Foy to an extent, Jennifer McClellan and Kirk Cox a notch back); for Lt. Governor (Rasoul definitely #1, followed by Mark Levine and Andria McClellan); and for Attorney General (Mark Herring and Jay Jones definitely the frontrunners, with Jason Miyares far behind).

What do you think? 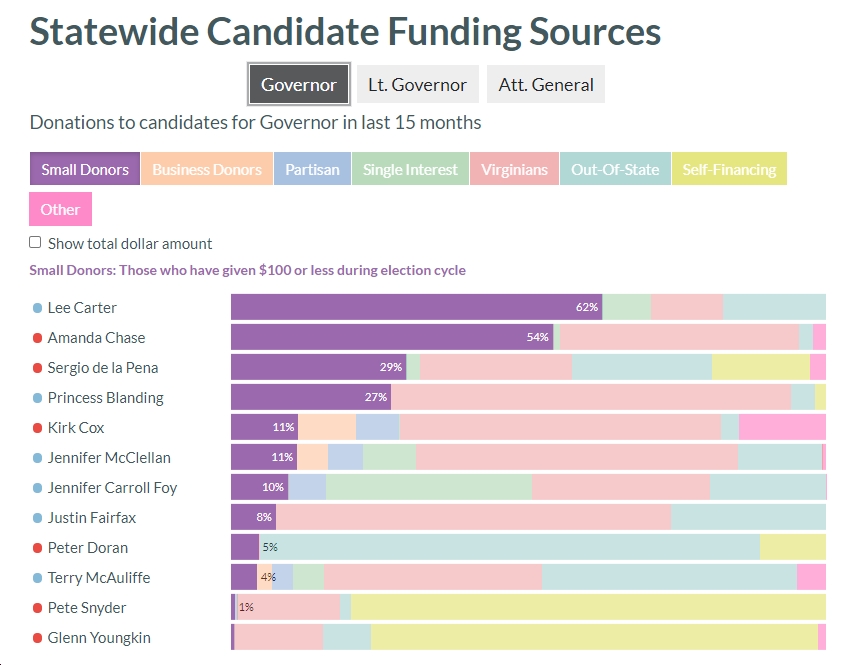 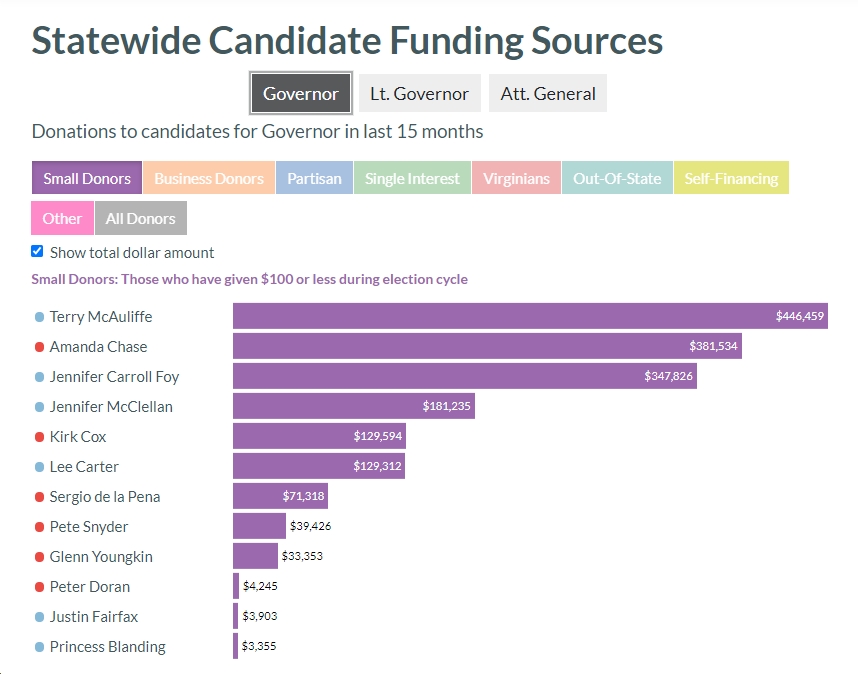 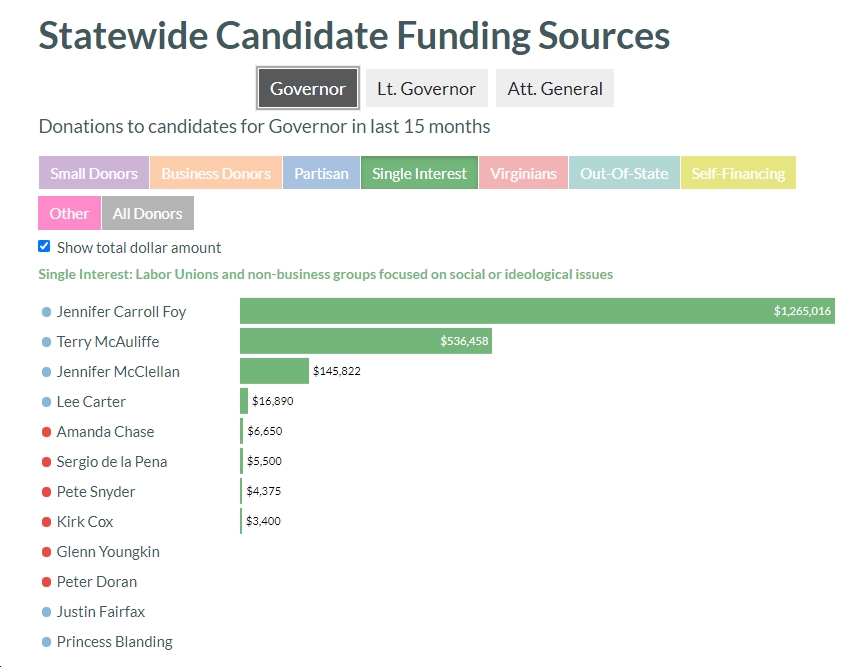 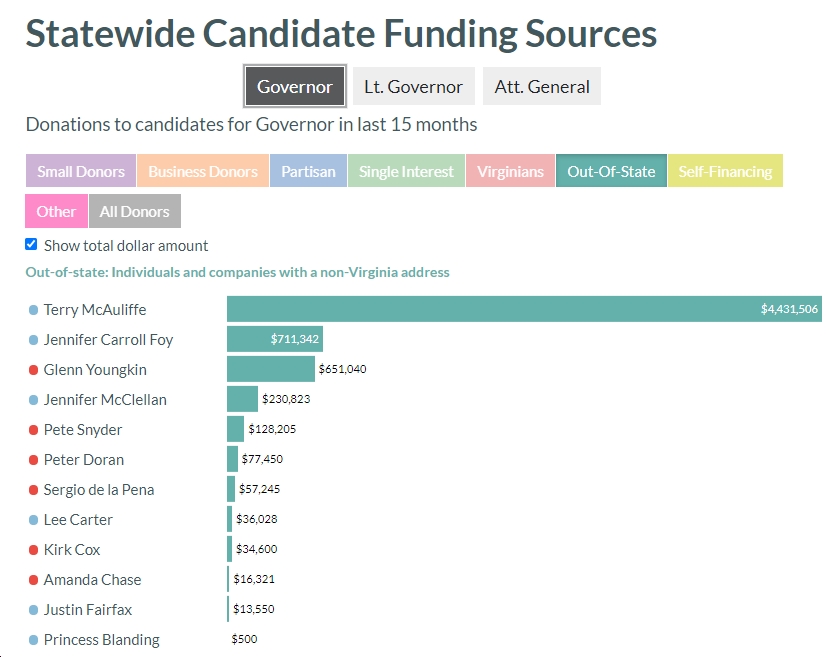 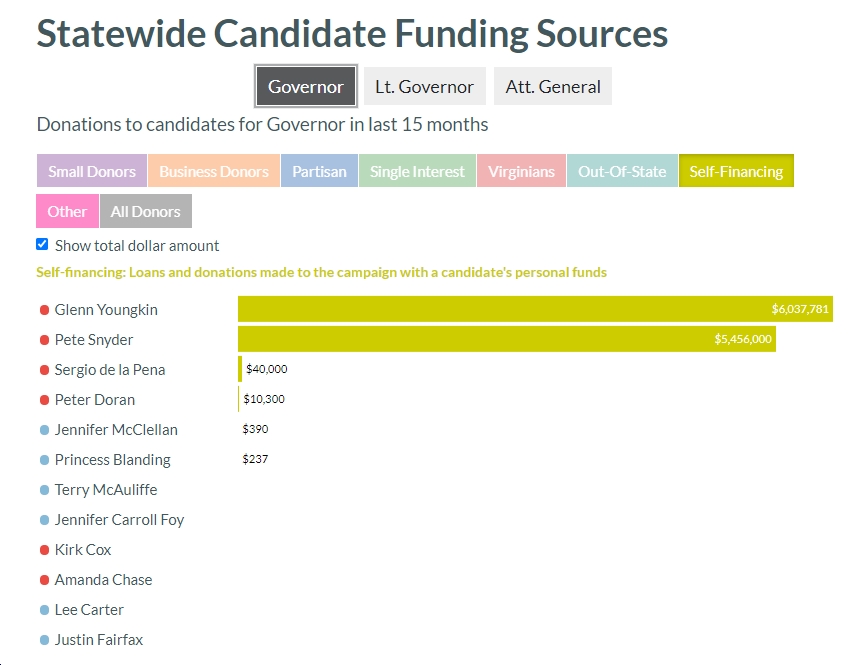 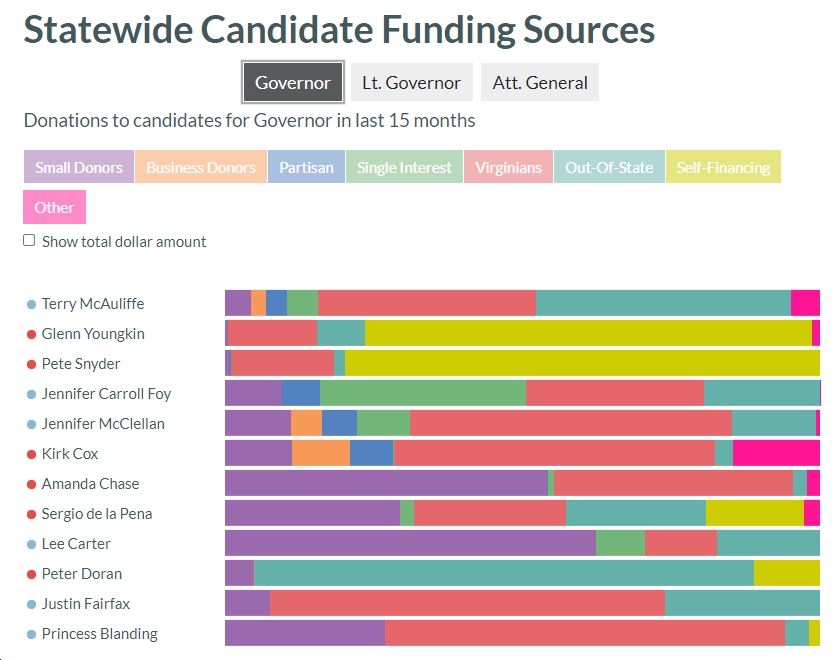 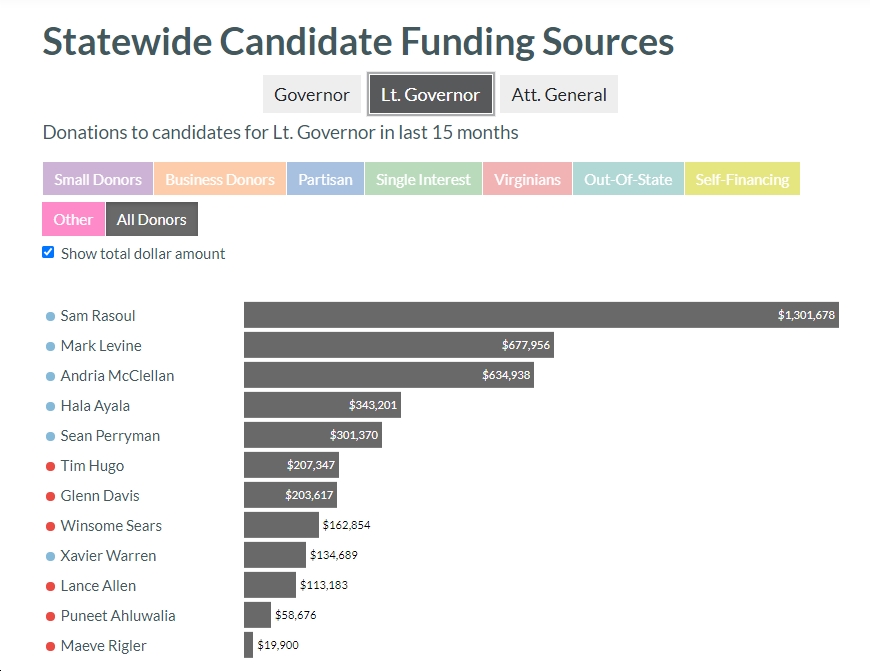 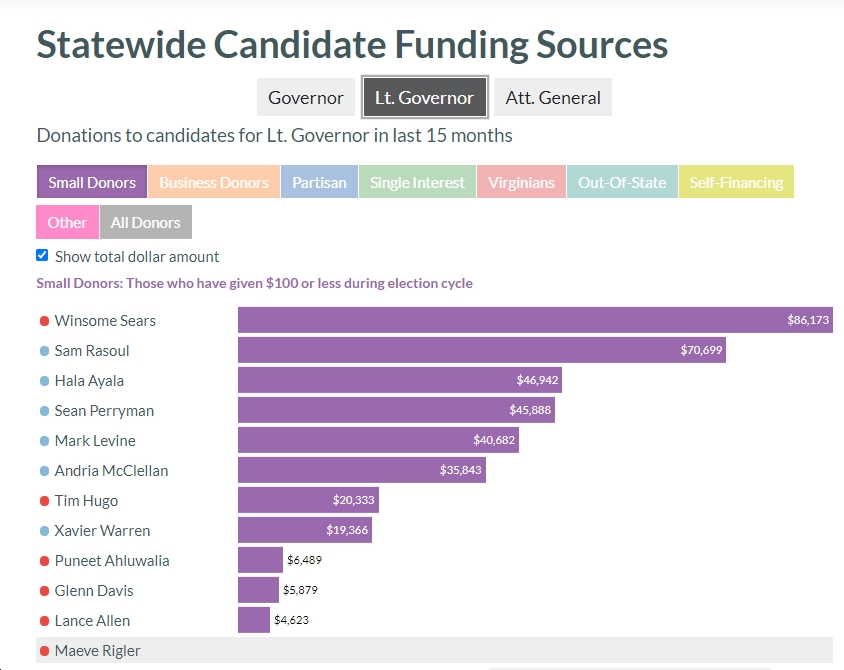 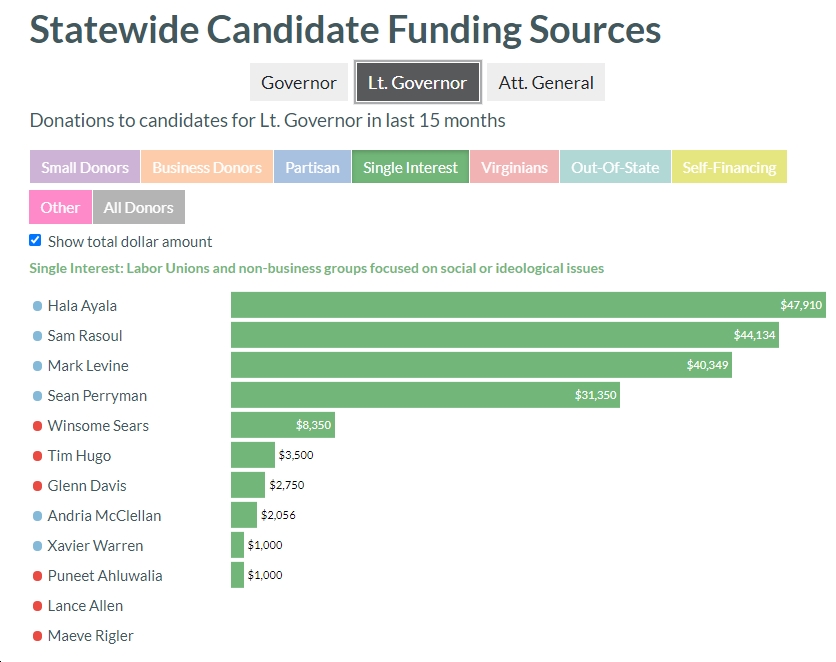 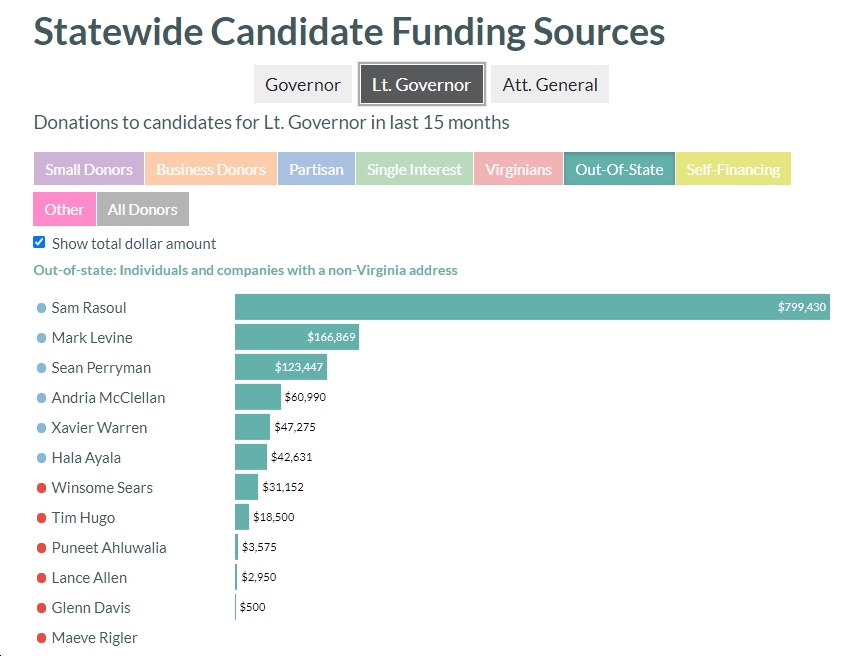 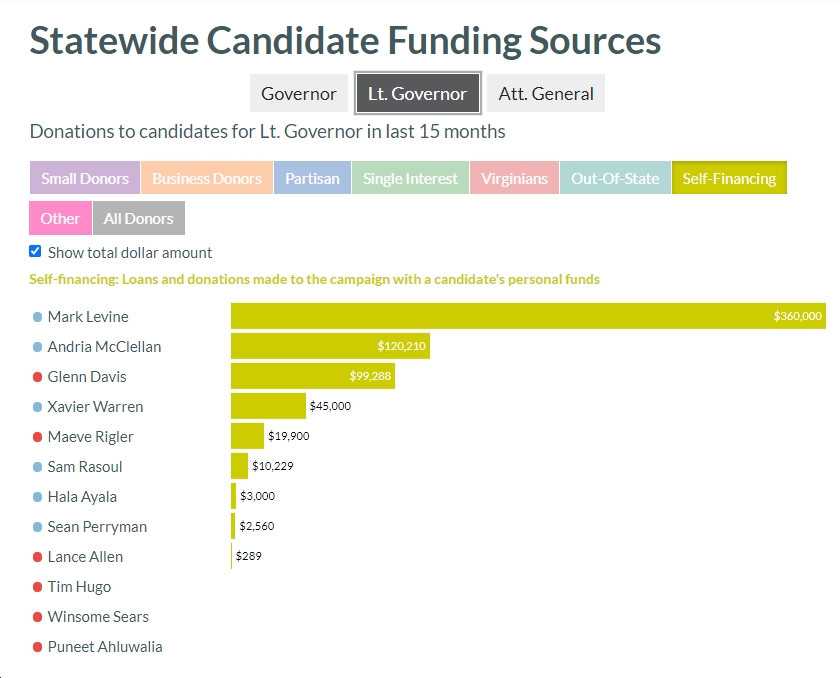 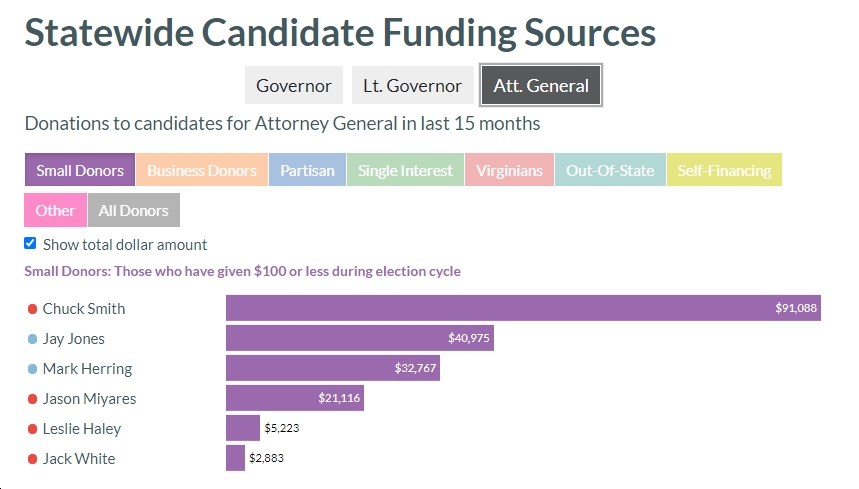 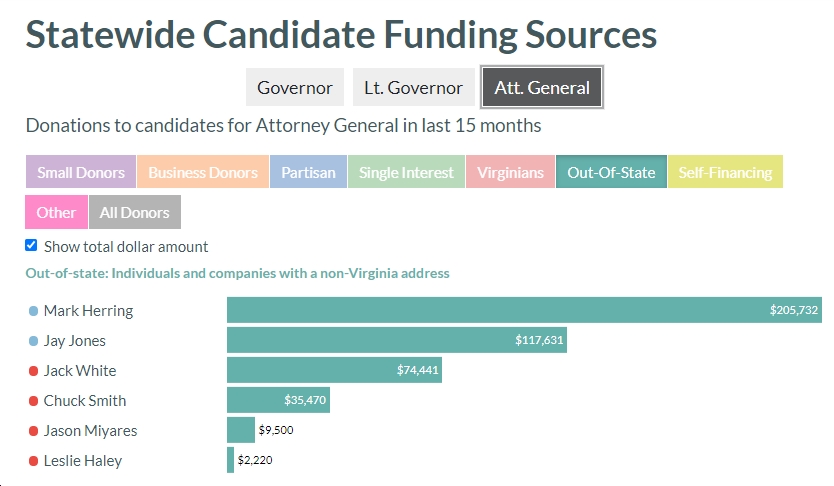 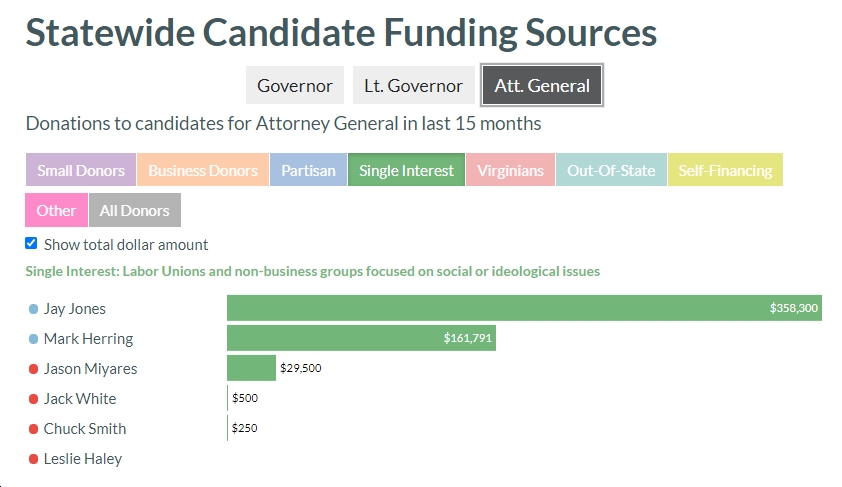