See below for photos and video as Charlottesville *finally* removes statues of Confederate Generals Robert E. Lee and “Stonewall” Jackson. Also, this morning is a good time to remember with respect Heather Heyer – murdered by a neo-Nazi/white supremacist in August 2017 as she protested for racial justice and against the white supremacists’ “Unite the Right” rally…the one about which Trump appallingly, falsely and unforgivably claimed that there were “very fine people on both sides.”

annnnd the Jackson statue has been removed pic.twitter.com/idkr0WQATP 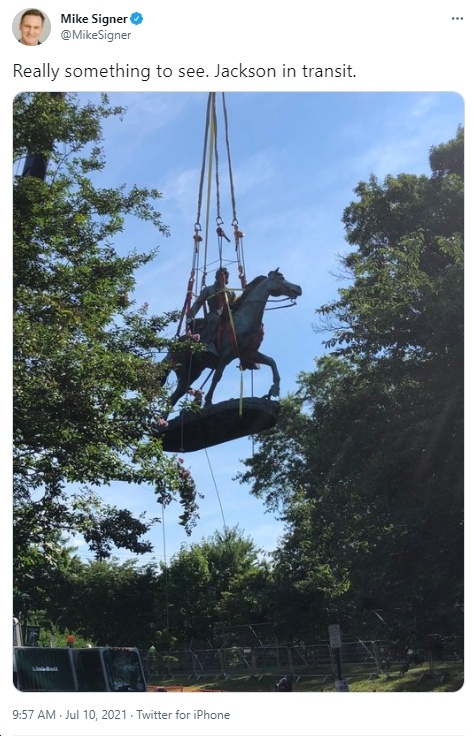 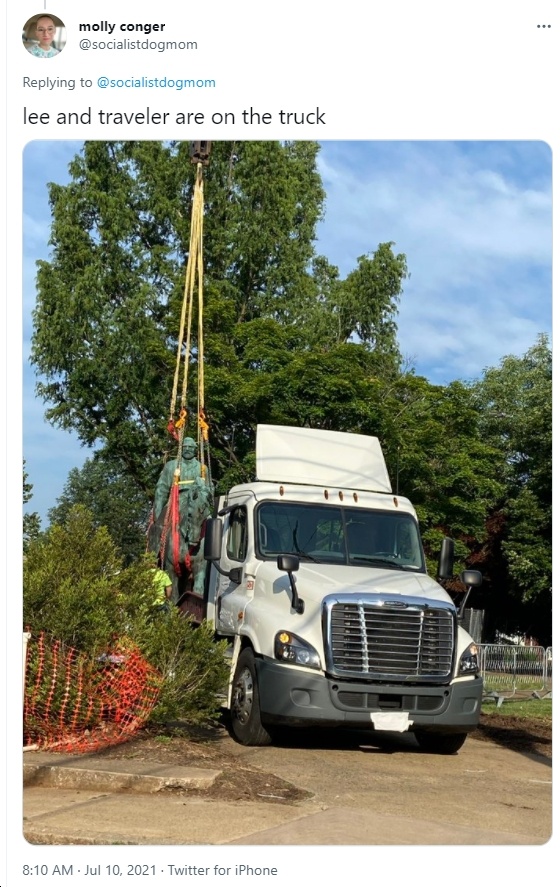 The Lee statue has been placed in a truck and it's going to be driven away and put into storage. pic.twitter.com/EHUSTyPdUJ 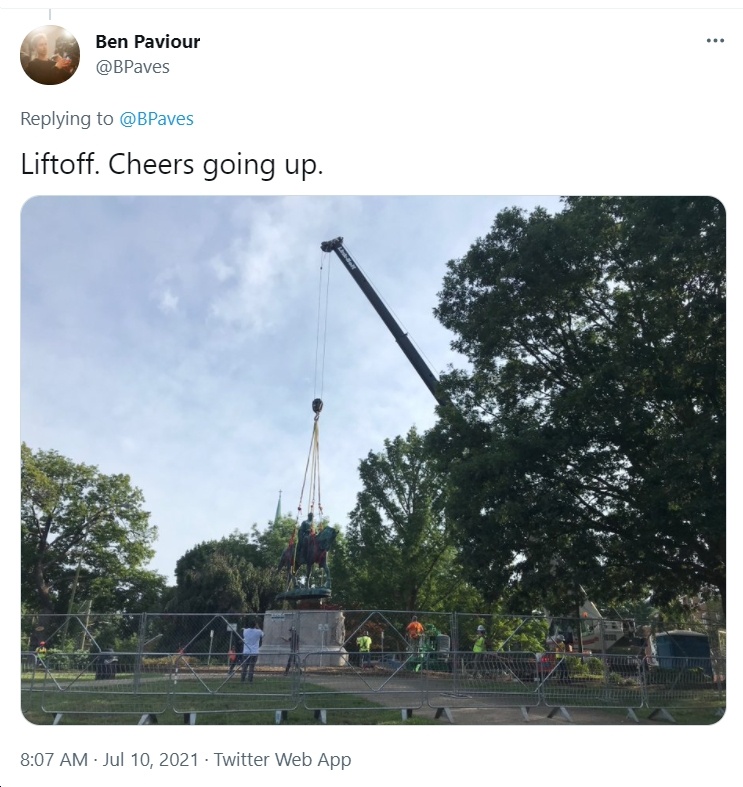 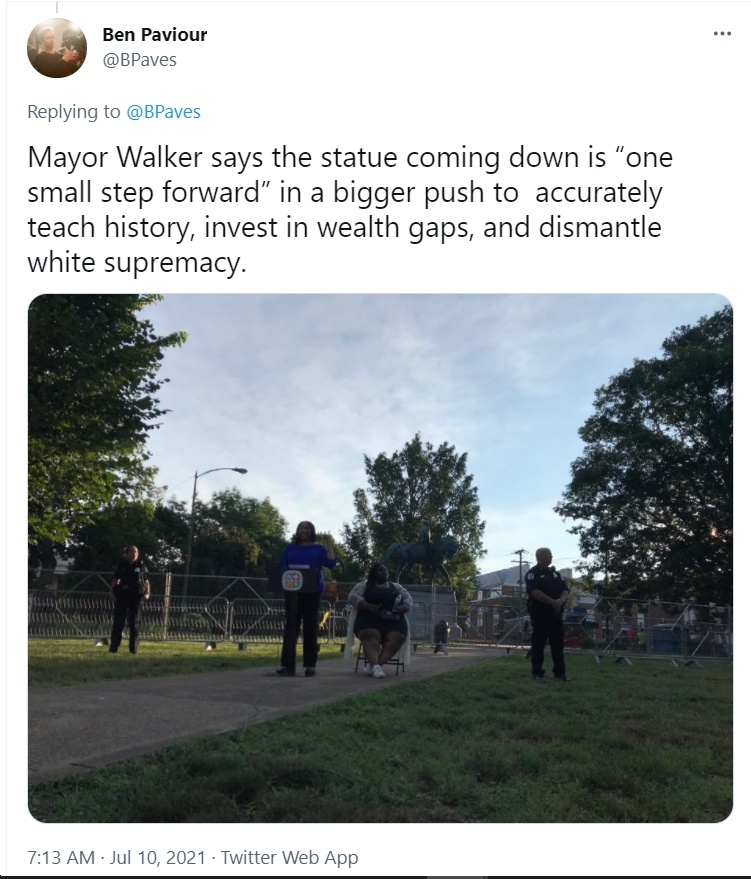 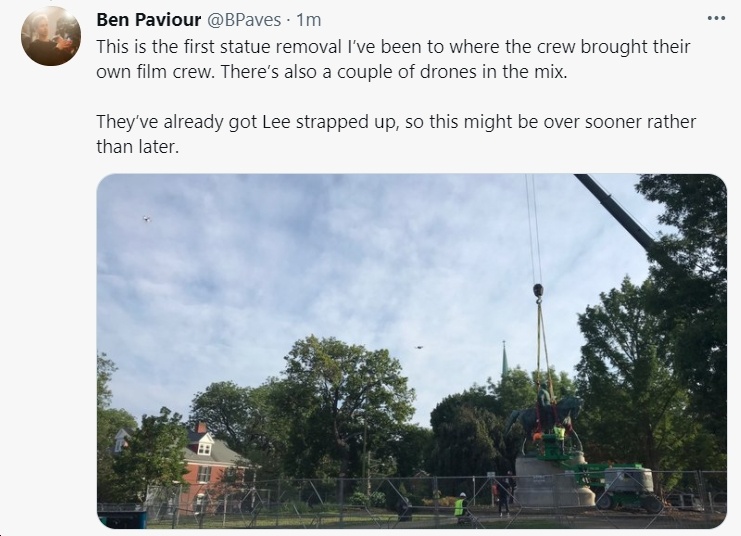 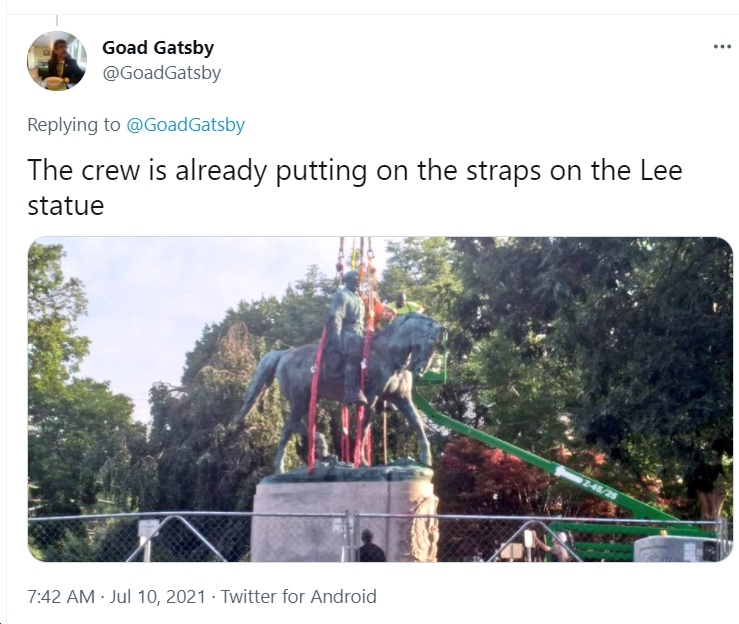 I’m in Charlottesville bright and early this morning. Crews are planning a 7 AM start to remove the Lee and Jackson statues. Mayor Nikuyah Walker is set to give remarks at 6:45. pic.twitter.com/G6UufKys34 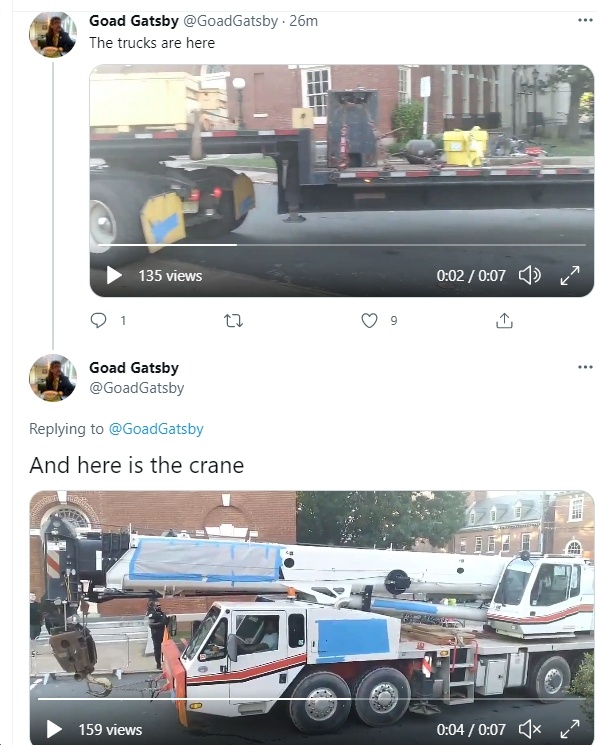 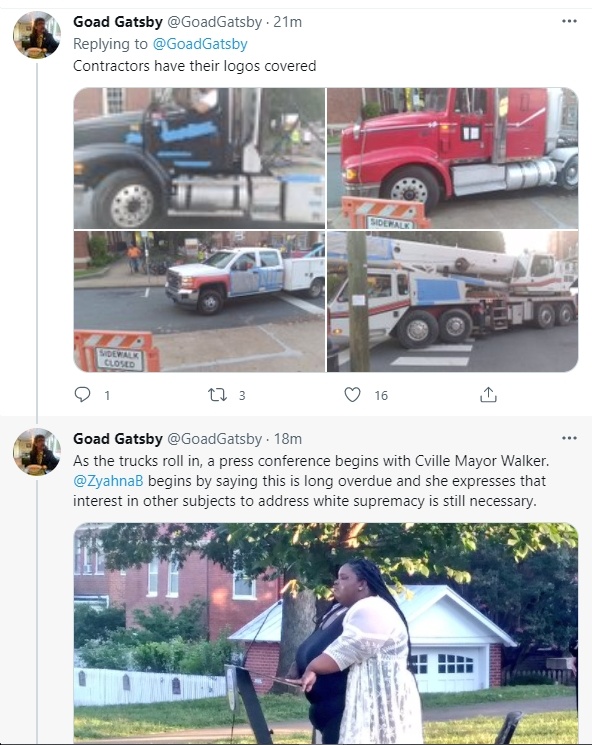 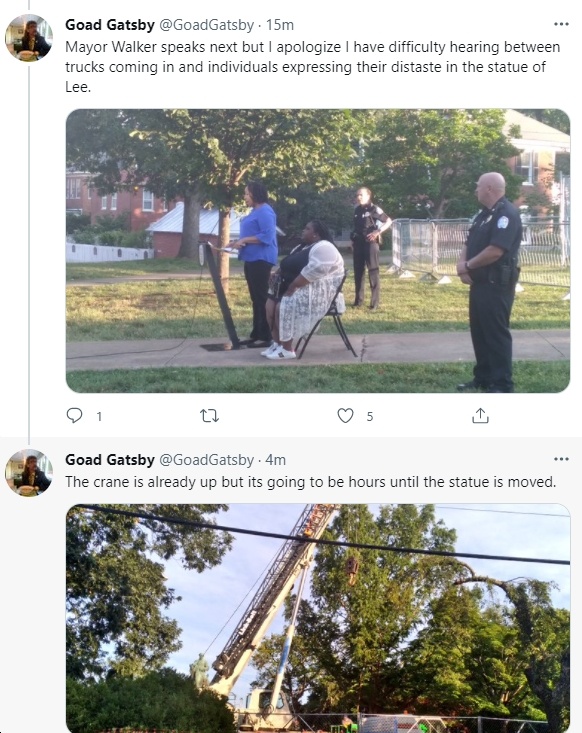 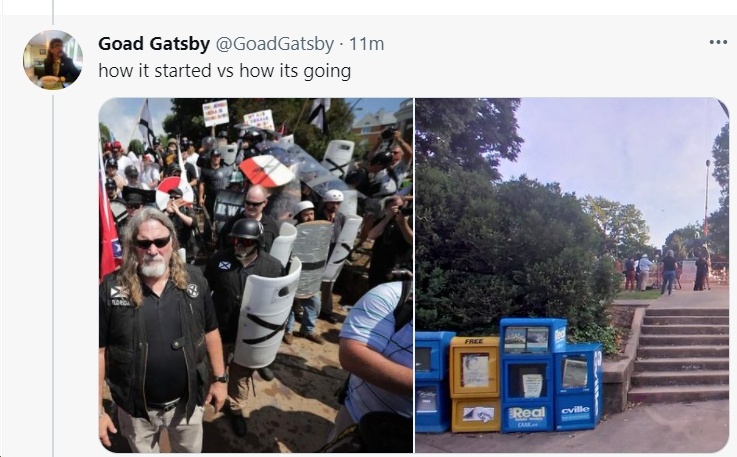 And here is the crane pic.twitter.com/k6aB7bL5zl