Clearly, the 2021 Virginia Republican statewide ticket has nothing positive to run on – hell, their gubernatorial nominee, Glenn Youngkin, doesn’t even have an issues page on his website, and of course he’s highly reluctant to debate Terry McAuliffe (for obvious reasons, such as that Youngkin has no good answers for many, many questions about Trump, far-right Republican policies of all kinds, etc.).  So instead, what we’re getting is an ugly campaign focused on “culture war” stuff such as “Critical Race Theory,” which isn’t even taught in Virginia schools; disgusting attacks on transgender kids; tearing down the progressive advances of the past few years (e.g., Medicaid expansion, promotion of clean energy growth, the Virginia Values Act, the Voting Rights Act of Virginia, etc, etc.) – under Virginia Democratic leadership; etc.

We’re also hearing –  and likely going to hear as we head towards November – a LOT from Youngkin et al about Virginia’s supposedly terrible “spike in violent crime.” Except that…uh, that actually doesn’t appear to be a real thing, as you can see from the following screenshots of articles and stats, showing that violent crime DECLINED in Virginia in 2020; that Virginia’s crime rate is the LOWEST of all states in the South Atlantic region; that Virginia ranks among the lowest of all states in terms of crime rate and far below the national average; that Virginia’s crime rate is FAR below where it was in the 1990s, when Republicans like George Allen and Jim Gilmore were governor; etc. Despite that, Richmond Times-Dispatch columnist Jeff Schapiro this morning irresponsibly echoed/reinforced the false talking point, tweeting:

.@TerryMcAuliffe tees up to be attacked by .@GlennYoungkin and @JasonMiyaresVA over spike in violent crime – the issue that lifted @georgeallenva  to a landslide victory for #Va gov in ‘93 over Democrat Mary Sue Terry, who campaigned as if the election was a mere formality.

Again, note that there doesn’t appear to be a “spike in violent crime” happening in Virginia, as VAPLAN immediately pointed out. Also note that Virginia’s (and the country’s) crime rate was FAR higher in the 1990s, all across the country, not specific to Virginia, and for a bunch of reasons that probably have little to do with any particular policies in Virginia.  And, of course, 2021 is VERY different in many ways from 1993. But other than that, great tweet by Jeff Schapiro. Gotta love that “liberal media,” eh, echoing and reinforcing right-wing memes on their social media feeds, all in the name of “objectivity” or “balance” or whatever? LOL 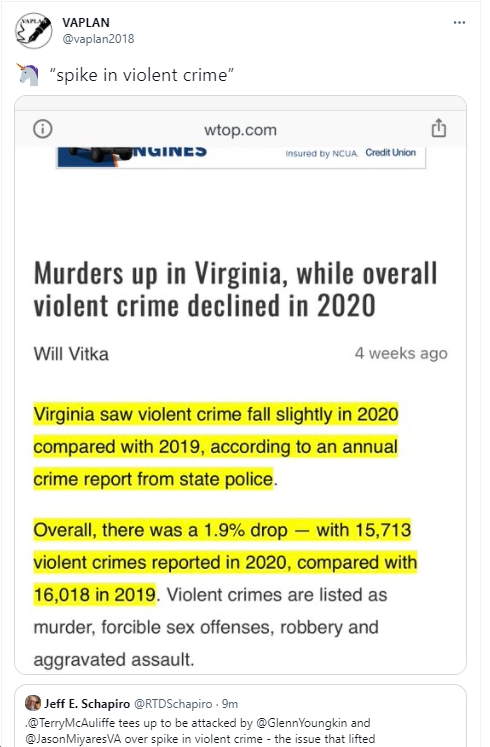 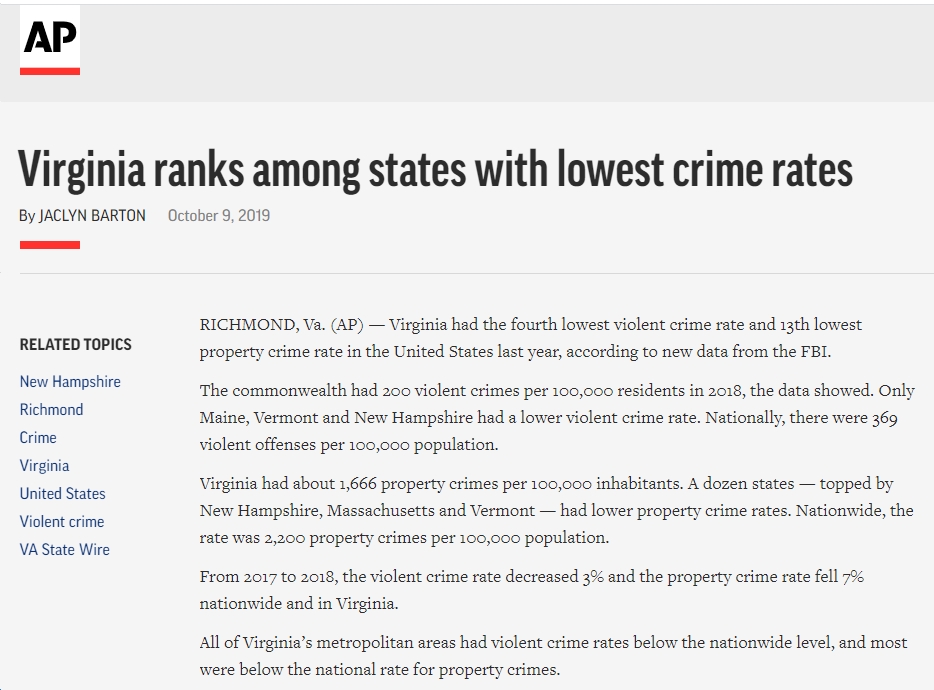 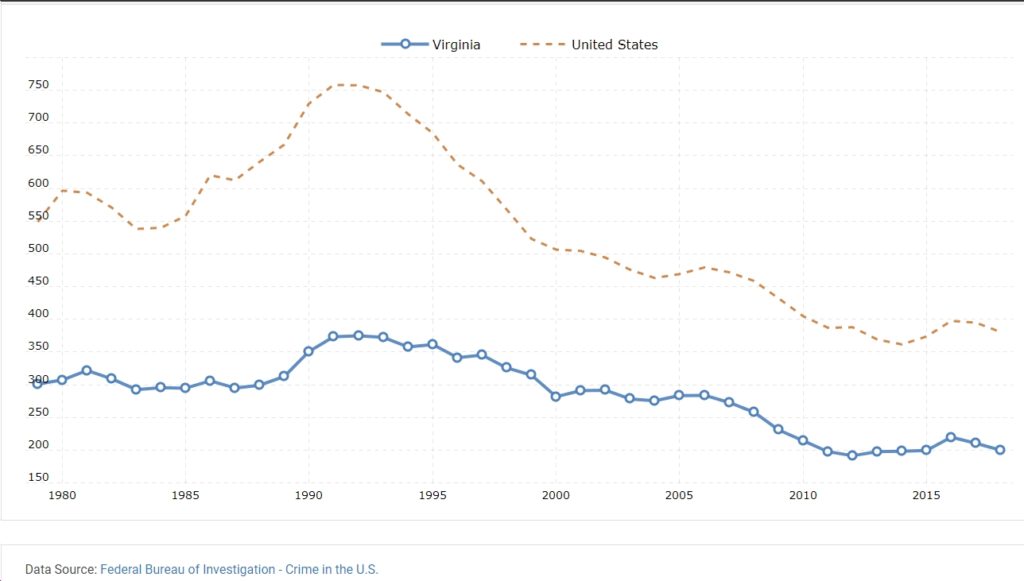