With 2020 Census numbers finally available, states now can really get going on drawing new Congressional and state legislative maps. That includes here in Virginia, where we’ve got a bipartisan redistricting commission – comprised of politicians and citizens (selected by the politicians, basically) – that will be very busy the next few months. For an idea of what “fair” maps might look like, see below for what Chaz Nuttycombe has put together as a first cut for the State Senate and House of Delegates. These will be very helpful to keep handy as the redistricting commission gets to work, so we can compare what they come up with to the maps developed by independent, non-partisan, outside experts… 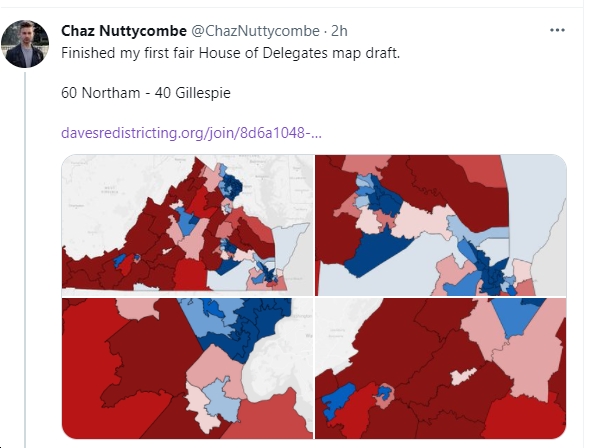 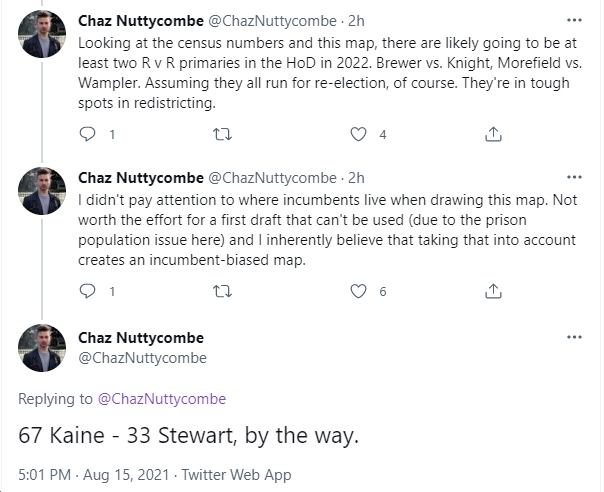 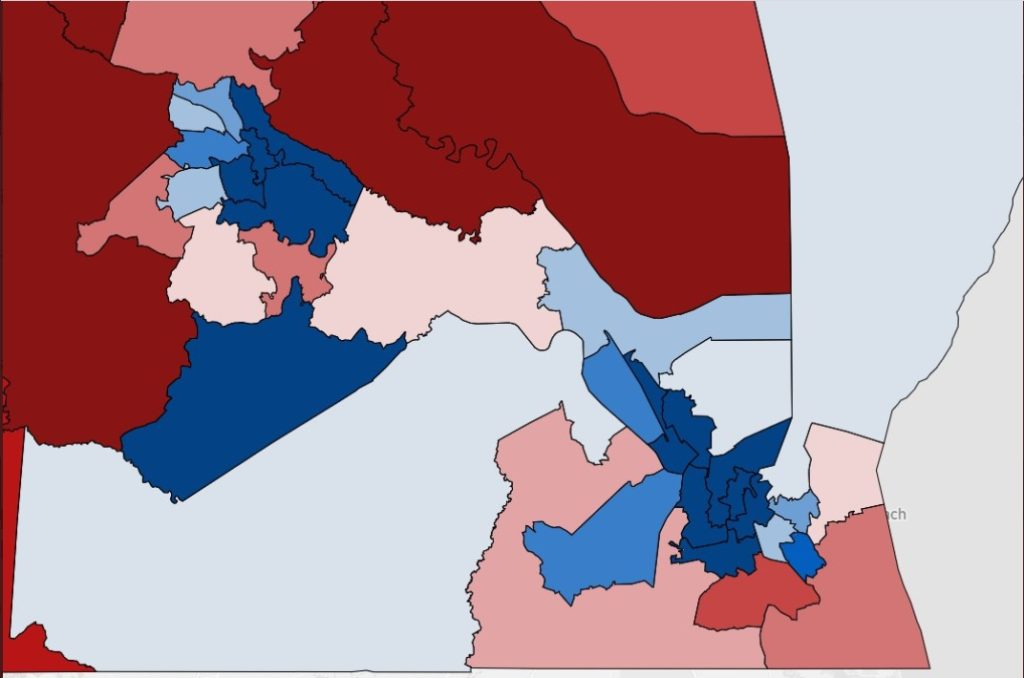 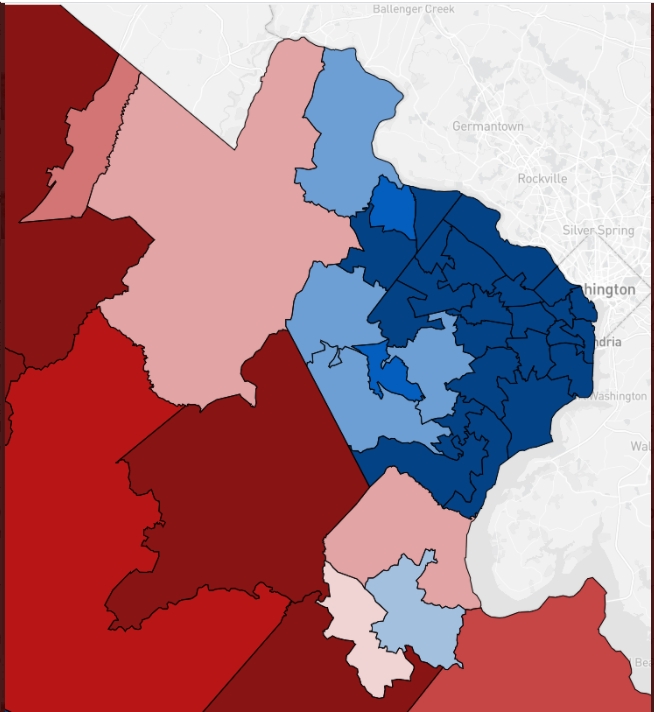 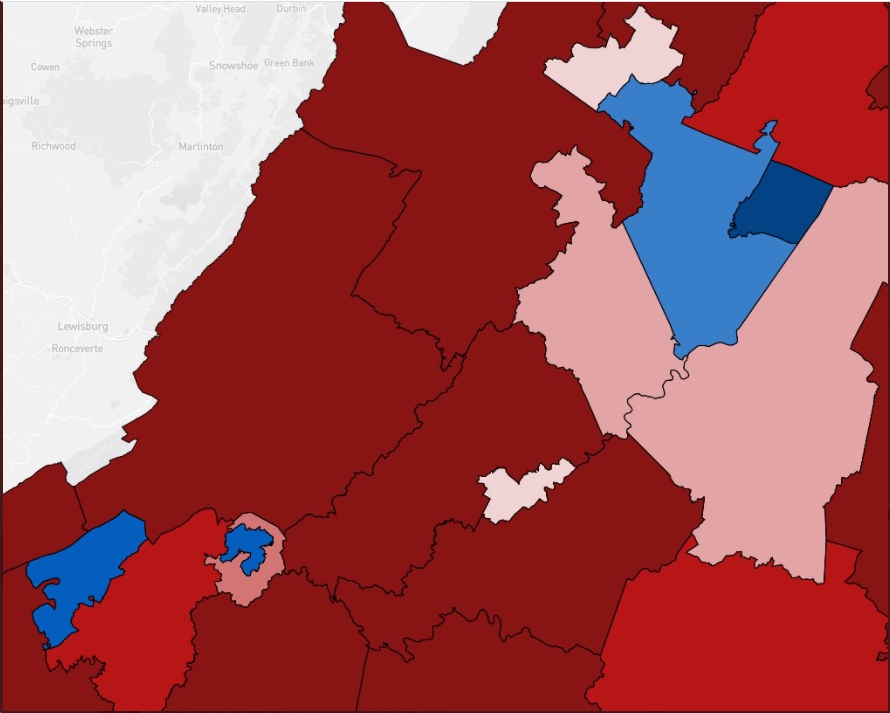 Yes. A State Senate seat in SWVA is gonna have to move up to NoVA. In my first fair State Senate draft, SD-38 goes from SWVA to PWC. https://t.co/heqcdBCHsH 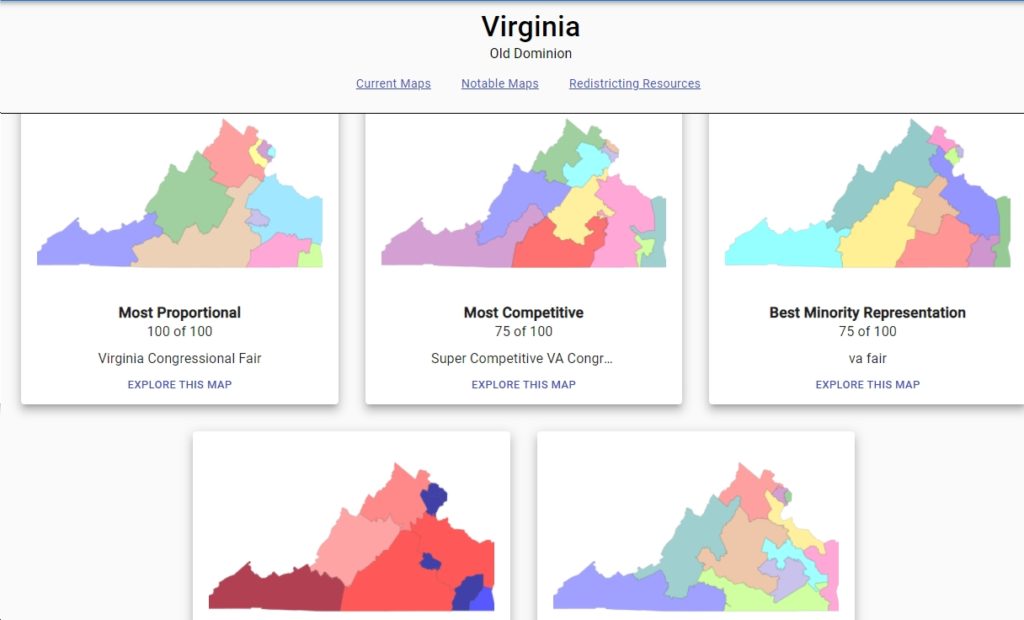 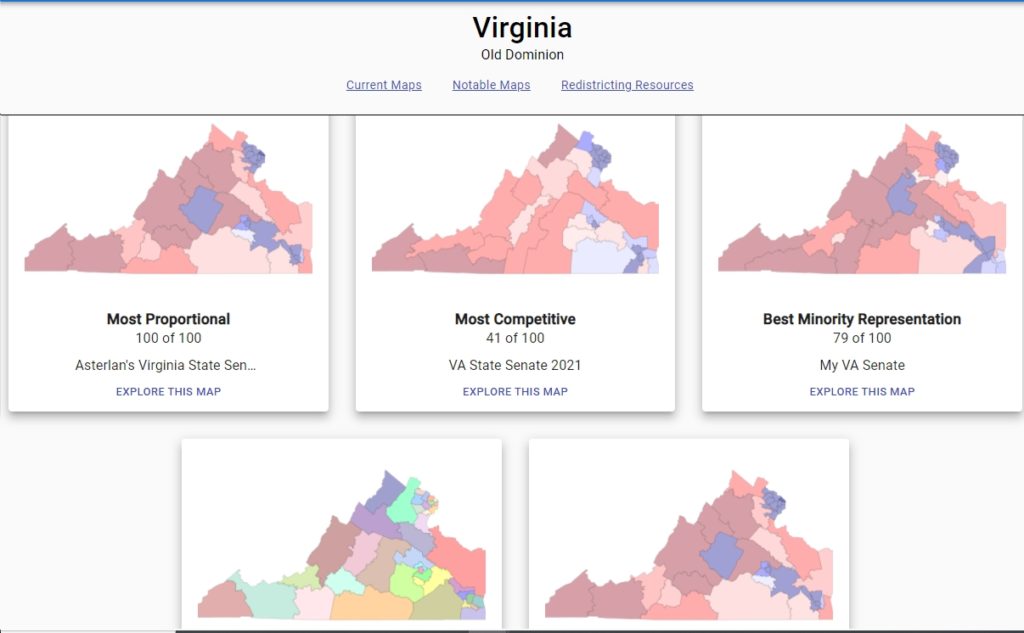 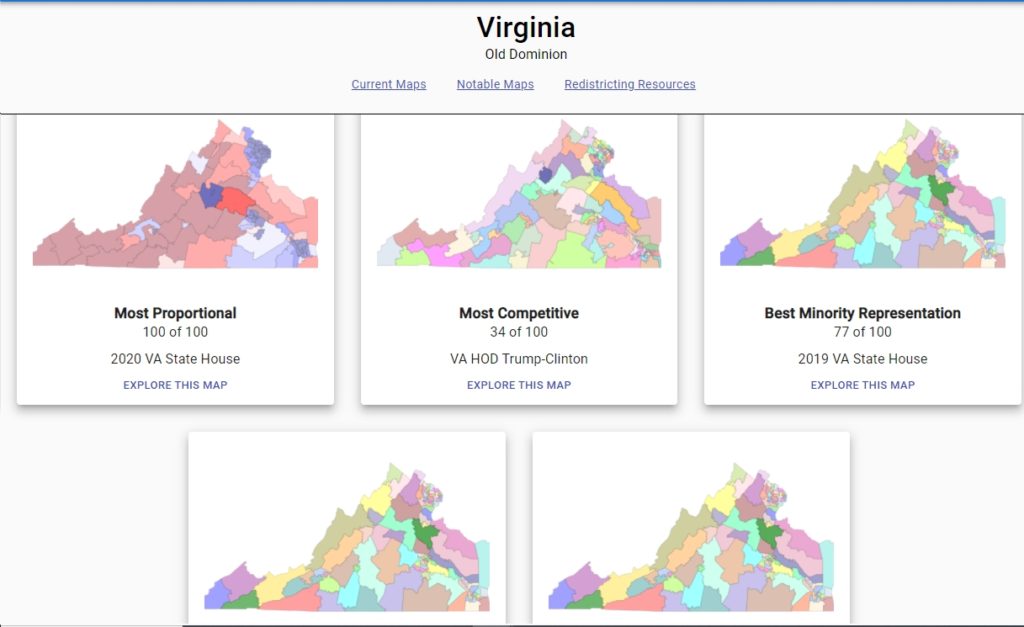 UPDATE Monday morning: Here’s a “fair map” by Chaz Nuttycombe for Virginia Congressional districts, which has it at 7 Northam-4 Gillespie and 9 Kaine-2 Stewart. Obviously VA06 and VA09 stay deep-red, with VA01 and VA05 lighter red, while VA03, VA08 and VA11 are dark blue, VA10 and VA04 blue, VA02 and VA07 light blue. 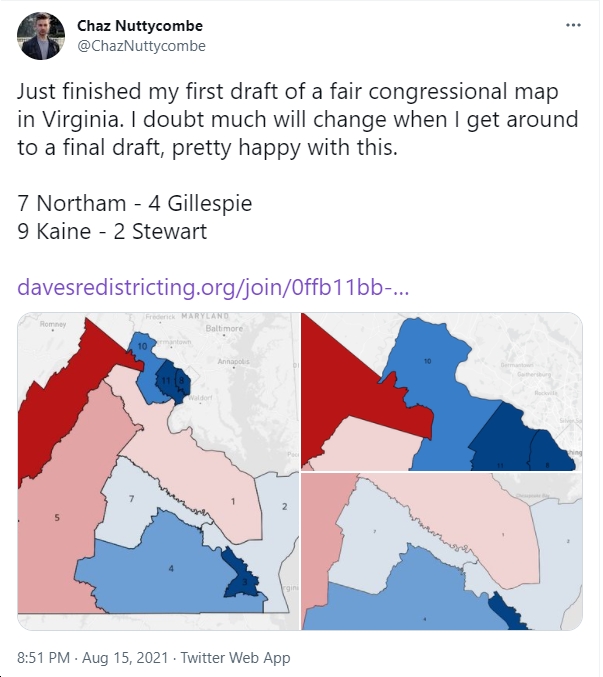 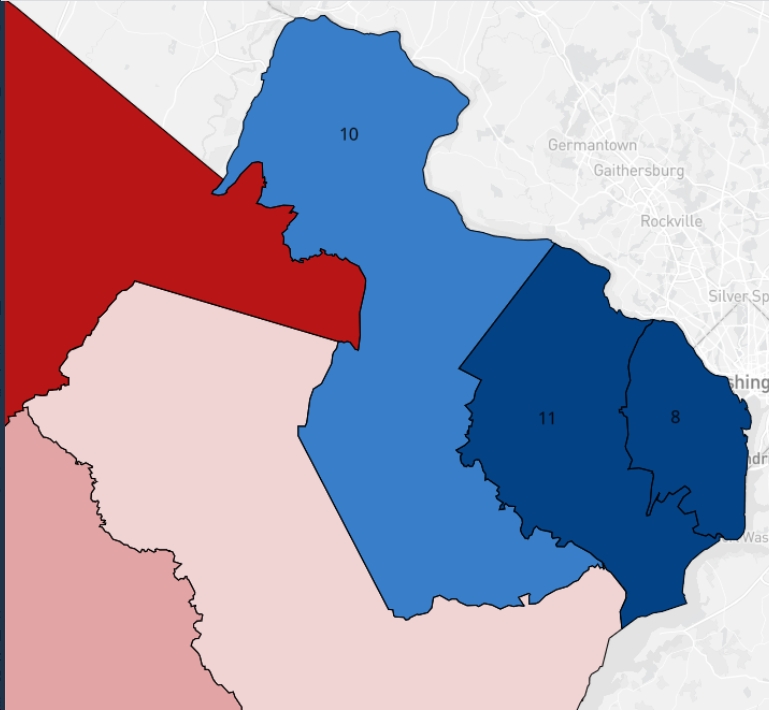 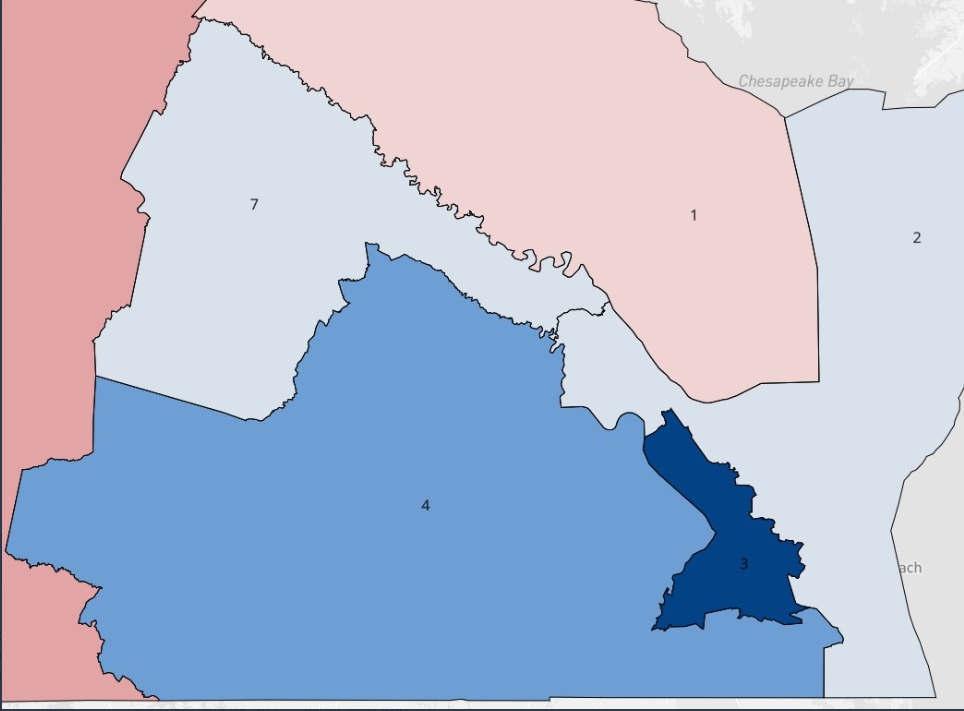