So right now, we’re in the middle of an absurd exercise, in which Republican map drawers and Democratic map drawers each draw their maps, and then, somehow, they’ll have to be reconciled, and then…who knows what their fate will be (as VPAP explains: “Once the two consultants craft new legislative districts for the entire state, the Redistricting Commission must reconcile the two plans into a single map. If the Commission is unable to meet its October 10 deadline or cannot muster the super-majority needed to approve a plan, the task of drawing the maps will fall to the Supreme Court of Virginia.“)

Anyway, at this point (per VPAP), here’s where things stand in the *very much partisan* map drawing process: in short, ” The maps drawn by the Democratic consultant carve out more blue districts, while the maps created by the GOP consultant create more red ones.” 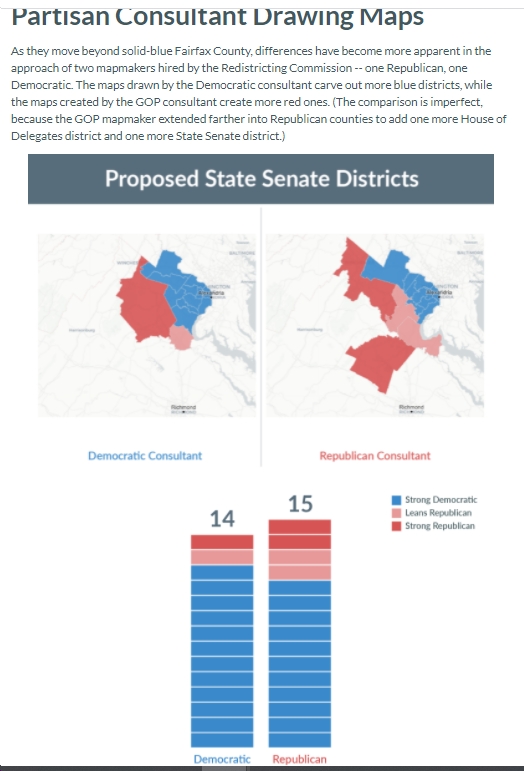 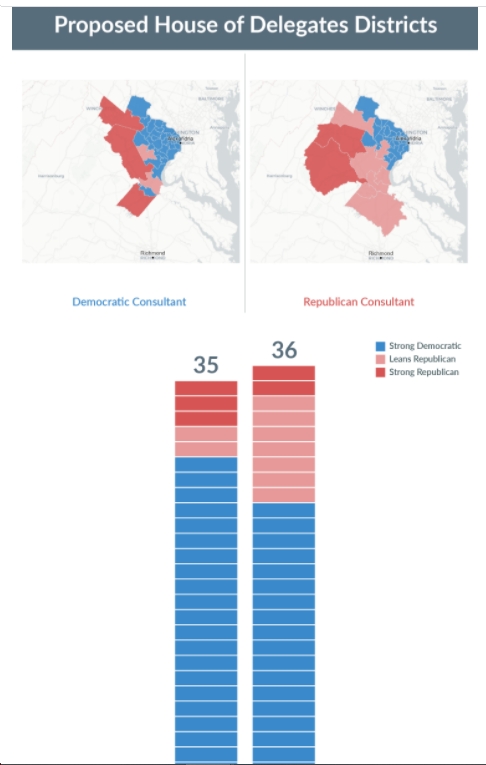 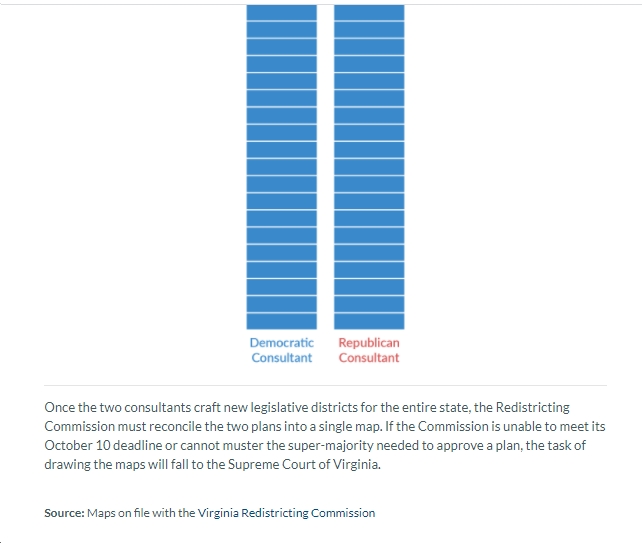