We’ve got 17 days to Election Day. 17 days to make sure that these fabulous candidates we’ve been telling you about make their way to Richmond to continue the remarkable work our Democratic majority has been doing.
The stakes could not be higher.
Vote for them.  Give to them.  Work hard for them. 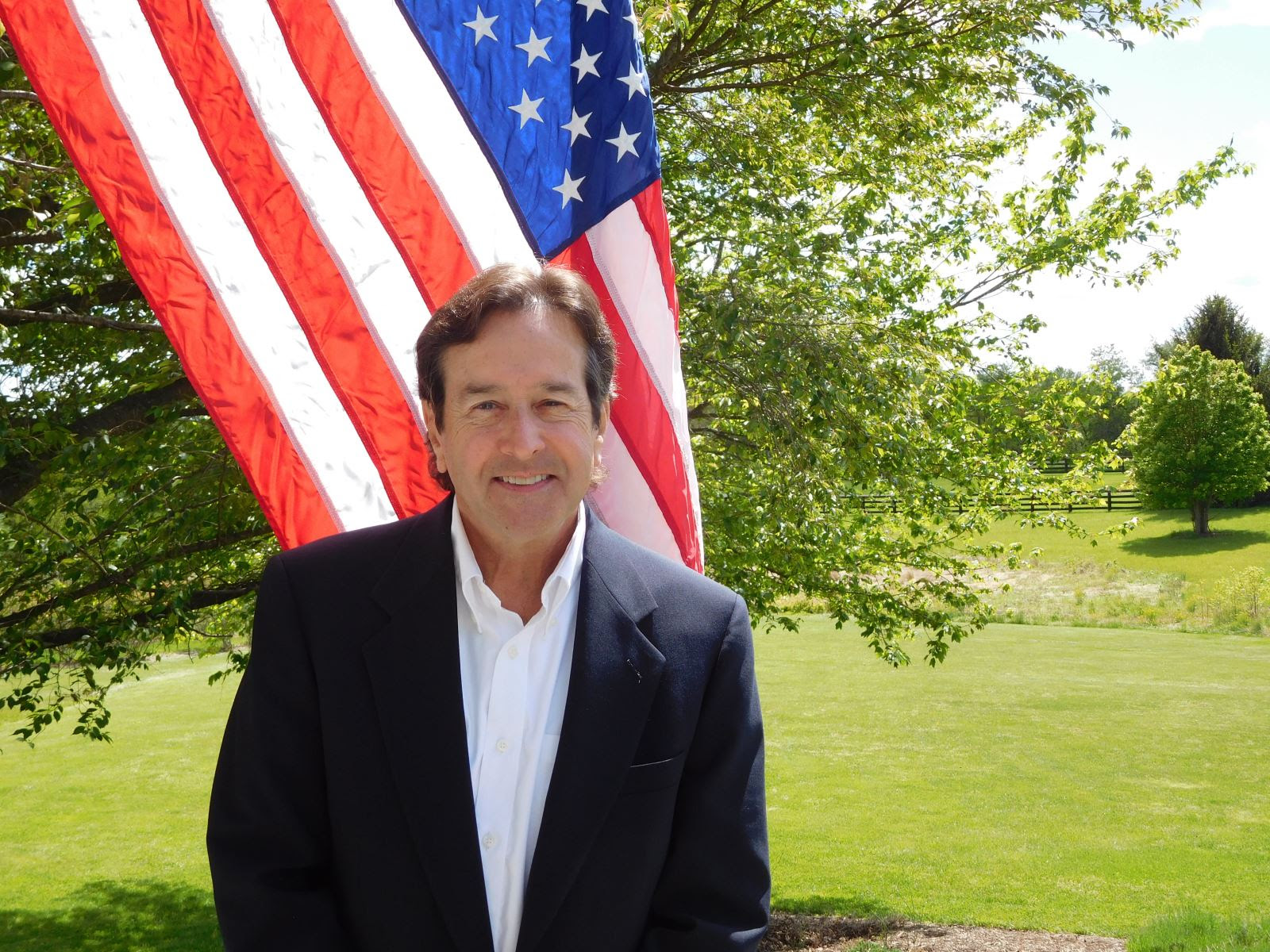 Paul and his wife, Joni, are 26 year residents of the 33rd District, and reside outside the historic Village of Waterford, VA. Professionally, Paul is a successful small business owner and entrepreneur in the talent acquisition consulting and executive search arena. Additionally, Paul has served on the boards of community facing nonprofits such as the Loudoun Abused Women’s Shelter and the Community Foundation of Loudoun and Northern Fauquier Counties.

Defining himself as a “pragmatic centrist,” Paul is someone who values the art of compromise and middle of the road solutions that leave all parties feeling that they have “skin in the game.” If elected, Paul will focus on strengthening workforce development and vocational training programs. He will also address key transportation issues facing the constituents of the 33rd District, and will work to further expand healthcare access in rural communities.

Our district is a little slice of everything that makes Virginia such a special place to live. We have exurban areas, historic towns and villages, and a robust rural landscape with over 50 wineries and breweries. Our district covers Western Loudoun County, Northern Clarke County, and a segment of Eastern Frederick County (east of Winchester, VA).

About our opponent, Dave LaRock:

Delegate Dave LaRock is broadly regarded as the most extreme individual in the House of Delegates. During his eight year tenure in office, he has been a woefully ineffective legislator. In the past two years, he failed to pass any of the 49 bills he introduced. During his entire time in office, he has a legislative batting average of just .096.

Additionally, LaRock has amplified the Big Lie by hosting Stop the Steal rallies with the founder of the Oath Keepers, Stewart Rhodes. He promoted and attended the insurrection at the U.S. Capitol on January 6th, and immediately prior to this, attempted to have Virginia’s Presidential Election results set aside despite a 440,000 vote margin of victory for President Biden.

Finally, Dave LaRock has been extremely outspoken against the Covid-19 vaccines. In February 2021 he stated the vaccines “couldn’t be trusted.” He has also stated that the vaccines are really nothing more than a “chemical mixture.” He is against mask mandates, and encourages university students to claim religious exemptions to avoid having to get a vaccination.

For too long our district has accommodated a Delegate who is out of touch, extreme, and incapable of passing legislation. It’s time for a change. 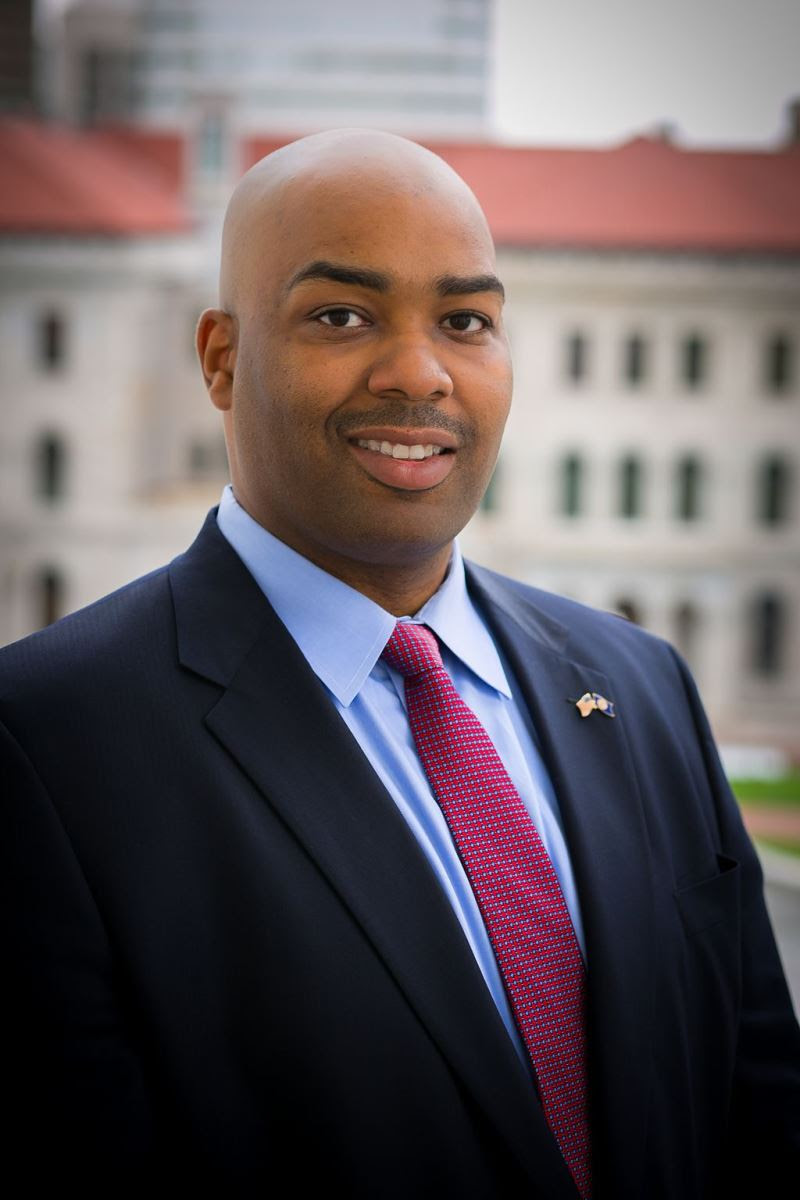 Lamont Bagby serves as the chair of the Virginia Legislative Black Caucus, the House Labor and Commerce Insurance and Worker’s Compensation Subcommittee and the House Education Pre-K-12 Subcommittee. He earned his bachelor’s degree from Norfolk State University and Master of Education from Virginia Commonwealth University.

Prior to being elected to the Virginia House of Delegates, Delegate Bagby served on the Henrico County School Board as well as the Norfolk State University Board of Visitors. Delegate Bagby is committed to breaking cycles of poverty by providing quality healthcare, inclusionary affordable housing, justice reform and equity in education.

Delegate Bagby has successfully carried several key pieces of legislation during his time in the House of Delegates, including a bill to completely reform predatory lending in the Commonwealth, a bill to increase and incentivize the sale of electric vehicles, and a bill to allow local electoral boards to offer early voting on Sundays. 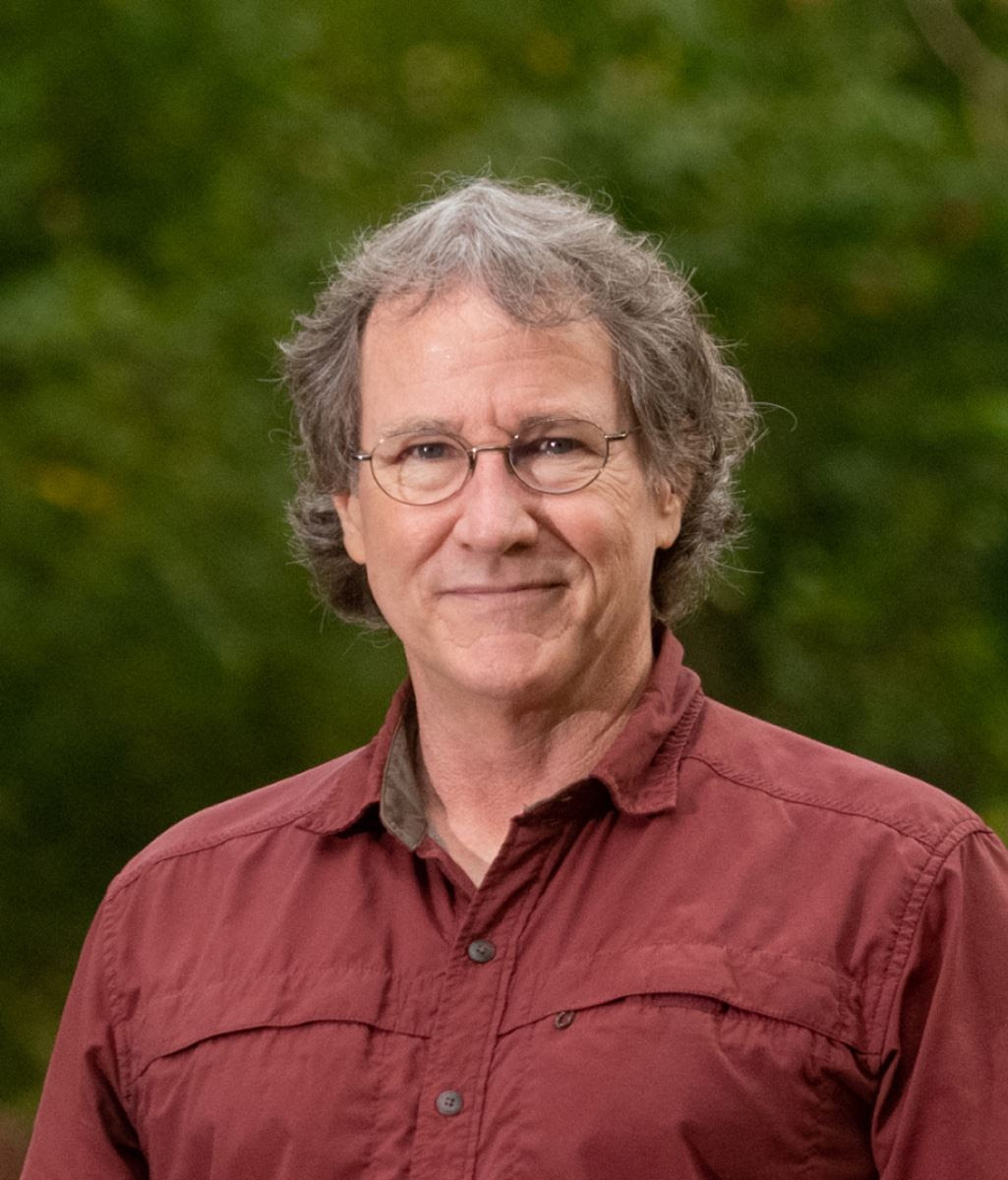 Greg was raised mostly in Blacksburg Virginia by a single Mom with 3 kids. She was a secretary who loved her children. They were from hardy, self-reliant stock. They didn’t have much and didn’t ask for much. They had love and shared responsibility that brought them all  together for dinner every night, and learned to stand up for themselves, and for others.

As an adolescent Greg learned how his church, his Boy Scout troop, and other local organizations, had a special mission of service to others. He took his role in that mission seriously. He witnessed how thoughtfulness of others betters their life, and our own.

After his teen years Greg spent in restaurant work, Greg turned to landscaping, and plied that trade in Montgomery County, then Virginia Beach and Norfolk, then the Lynchburg area. Many days were grueling and pay was never much above minimum wage. But Greg  loved it! He valued the connection it provided him to the Earth, its soil and water and plants and people. Greg took pride in the transformation of landscapes into sites of beauty that clients appreciated. He developed a strong bond to laborers in many trades and remains close to them to this day. In 1987 Greg was hired by Old Dominion Job Corps Center in Monroe to teach landscaping to at-risk youth. Also in Lynchburg Greg met his wife-to-be Suzanne, and they were married in 1992.

Greg found great satisfaction in teaching and realized that he needed to further his education in order to further that effort. Greg returned to Blacksburg and Virginia Tech at age 30 to study Horticulture (B.S. degree 1993), and Biology (M.S. 1995). Greg and his wife then moved north and Greg completed his Ph.D. in Ecology at Dartmouth College in 2001.

Greg was hired right away back into the Horticulture department at Virginia Tech. Greg served as Nursery and Landscape Extension Specialist, helping the tradespeople he had come to know in his earlier career. In 2006 Greg moved his family, now with two daughters Isabel and Annalise back to the Lynchburg area so he could take the position of Director at the Claytor Nature Center of the University of Lynchburg. Greg also taught at the undergraduate and graduate level in Environmental Science and Biology. Greg has made his home in Forest, VA for the past 15 years.

Greg’s background, experience, and expertise will serve him well in the General Assembly. Of modest means, Greg understands that making ends meet can be consuming. He knows that the machinations of everyday business and government can seem to benefit some but certainly not all. His pledge to fairness includes crafting legislation and policy that helps those with the least– not the most. His background in science allows him to base his  understanding and actions on real data. Greg’s pledge to truth includes remaining grounded in real issues and not being distracted by conspiracy theories and divisive disputes that obscure real cause and effect. His pledge to respect is in order to rebuild faith in our democratic process. Greg wants government to work for you, and that means working together.
About HD-22- For more information on the district please click here.
Contact the campaign: here 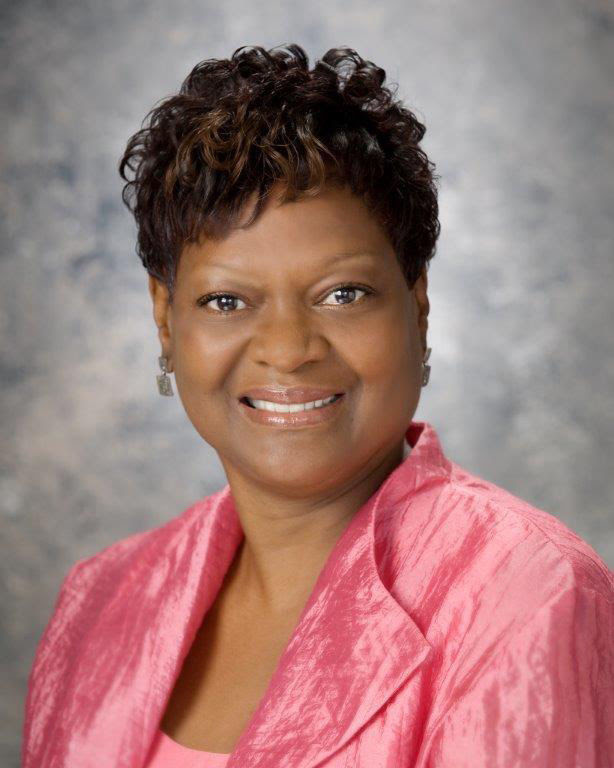 Delegate Delores McQuinn was born in eastern Henrico County and has spent her entire life in the greater Richmond area. Her civic interest and involvement in politics began at the age of 11, when she campaigned for a candidate’s successful election to Richmond City Council.

Over the years, she continued to actively support public service initiatives, and she became a community advocate. In 1992, Delegate McQuinn was elected to the Richmond City School Board, where she provided leadership and positive vision for the school district as Vice-Chair. Some of her initiatives included the re-opening of the East End Middle School (currently, Franklin Military School) and the implementation of an annual Back-To-School rally for students. Her efforts helped to improve students’ self-esteem and strengthen their academic achievement. Continuing to expand her civic engagement and commitment to making our communities a better place to live, work, and play, Delegate McQuinn next served on the Richmond City Council, 7th District. During her tenure, the District was transformed with renovations, new development, and emerging businesses.

In 2009, Delegate McQuinn was elected to the Virginia House of Delegates to represent the 70th District, which includes parts of the City of Richmond, Henrico and Chesterfield Counties, along with Charles City County. In addition to her many other legislative and civic commitments, Delegate McQuinn is an eloquent orator who spends much of her time uplifting others through her work as an Associate Minister at New Bridge Baptist Church.

The Delegate’s Committee Assignments include:

During the 2021 Legislative Session she patroned the following Bills:

HB 2019 – Ensuring all Virginia public schools are stocked with Albuterol Inhalers to ensure student access to this life saving resource.

HJ 542 – Transit Equity and Modernization Study. The resolution requires the Department of Railand Public Transportation to conduct a two-year study of transit equity and modernization in the commonwealth. The study will cover environmental and health impacts, as well as improving accessibility and affordability.

Delegate McQuinn and House Democrats have also accomplished the following:

While much has been accomplished, there is still more work to be done.  Therefore, Delegate McQuinn is seeking re-election to keep Virginia moving forward.

That’s it for Volume XIV of our Flip-a-District Friday series.  I encourage you to review this email and future editions to find a candidate or candidates whom you would like to support with your time or financial resources.

So which is it, @GlennYoungkin? Should Virginia teachers be talking to their students about the white supremacist violence that took place in Buffalo, and what's behind it - or not? https://bluevirginia.us/2022/05/monday-news-breaking-climate-vows-would-be-monstrous-self-harm-the-buffalo-shooters-views-are-mainstream-on-the-right-democracy-is-at-stake-in-the-midterms-the#comment-5858778147 h/t @CarterElliottIV

Fascinating how Jason Miyares won't say a word to call out white supremacist violence but is LIVID when people *peacefully exercise their 1st Amendment rights* to protest the assault on Roe v Wade? Whatever that is, it's NOT "law and order" https://bluevirginia.us/2022/05/monday-news-breaking-climate-vows-would-be-monstrous-self-harm-the-buffalo-shooters-views-are-mainstream-on-the-right-democracy-is-at-stake-in-the-midterms-the#comment-5858770172 h/t @jonesjay

What Is The Difference Between An Estate And A Trust?