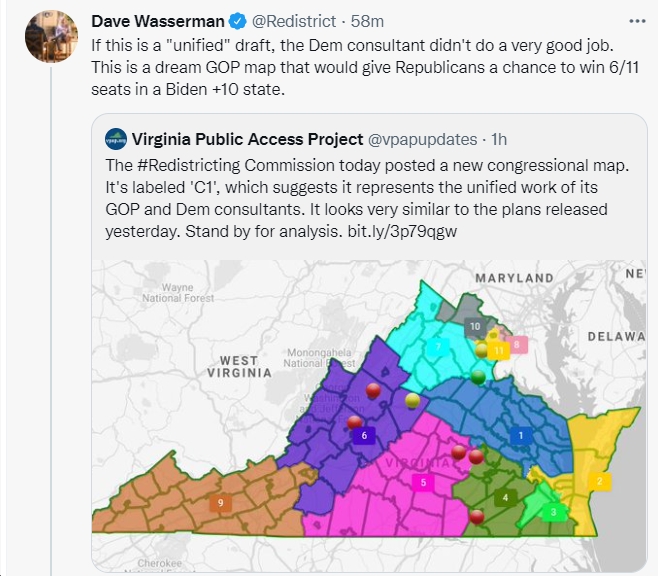 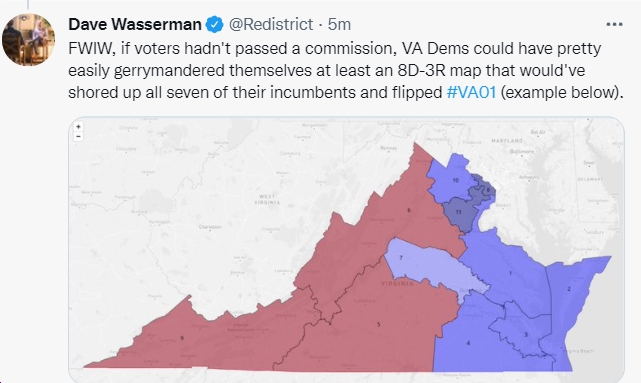 This is completely bonkers, even worse than usual – if that's even possible! – by the VA Redistricting Commission, which has been a complete fiasco from the start. https://t.co/y6dYcM1P2H h/t @samshirazim pic.twitter.com/CNwiHwgs0p 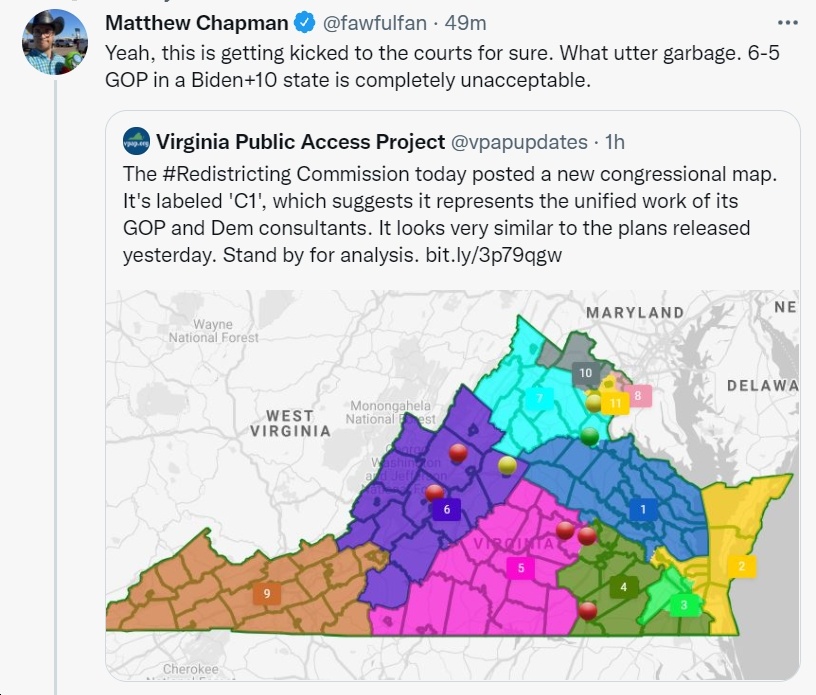 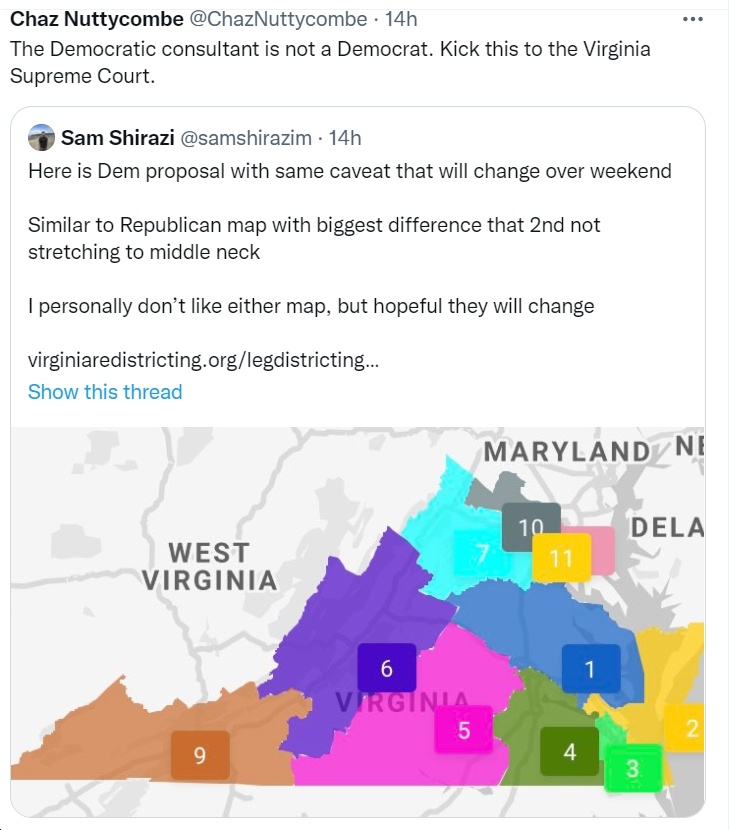 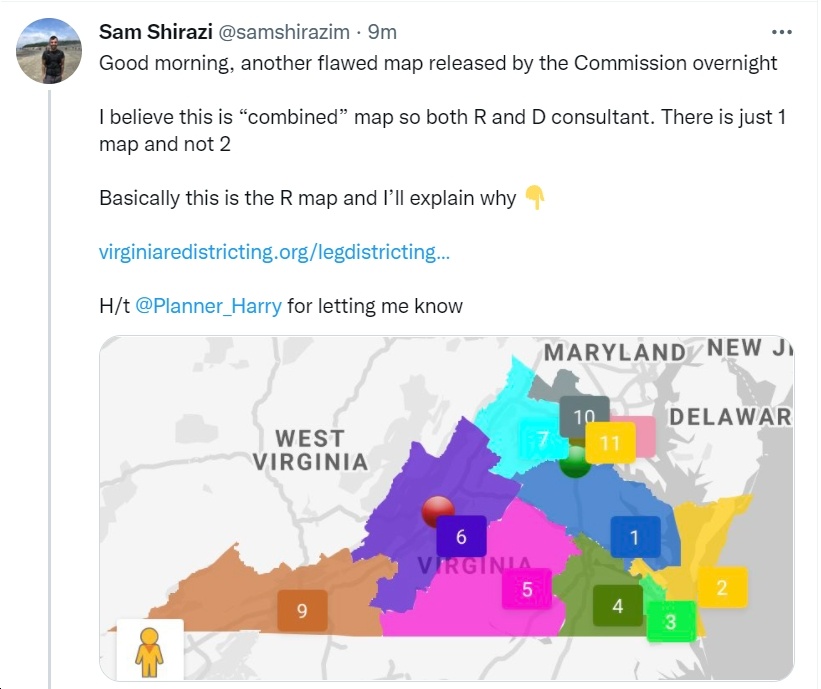 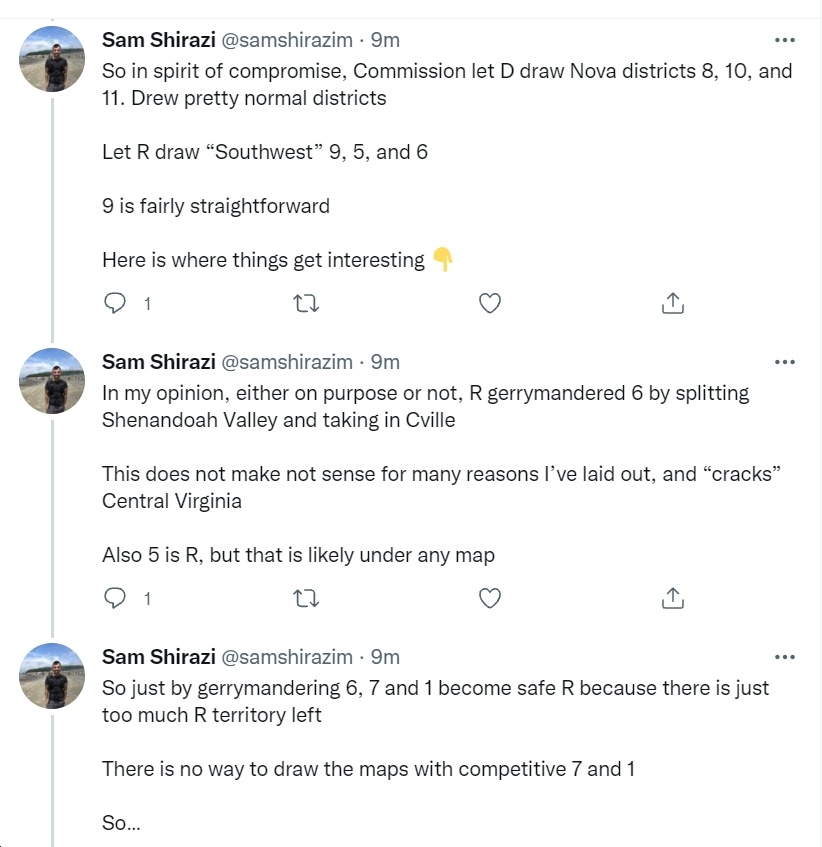