Believe it or not, this guy (Scott Pio) is an actual, honest-to-goodness VA GOP nominee for House of Delegates, running against Del. David Reid (D-HD32) in Loudoun County. See below for the latest from Pio, including:

What else does this guy believe? According to his website: 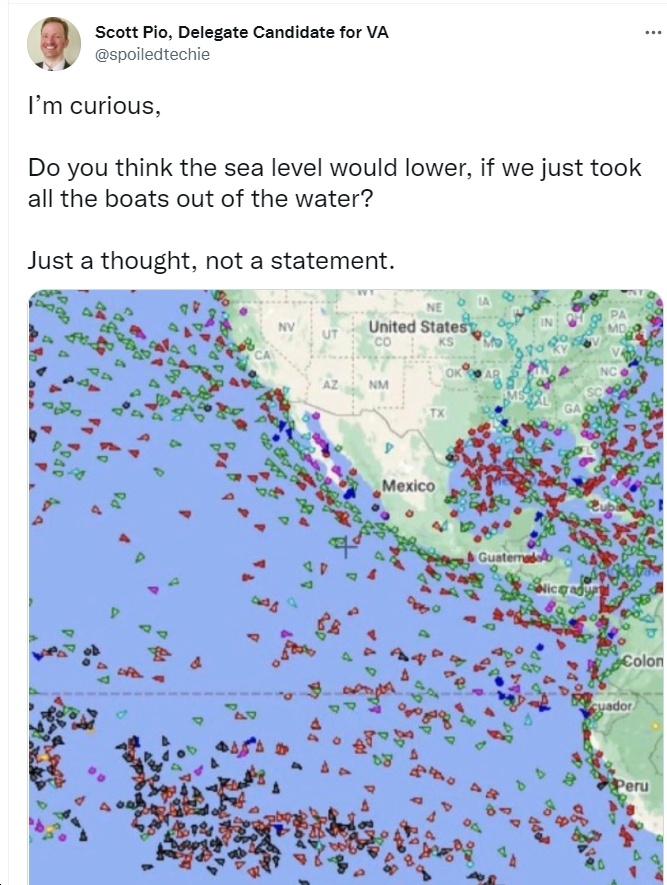 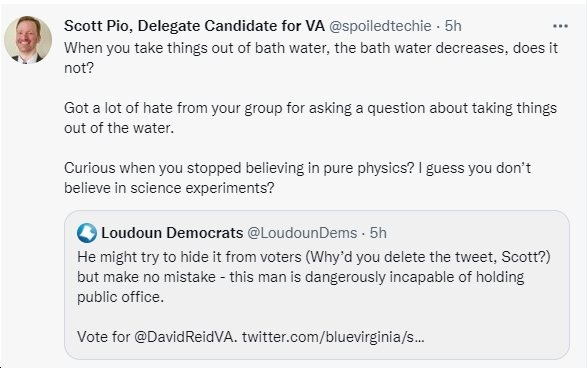 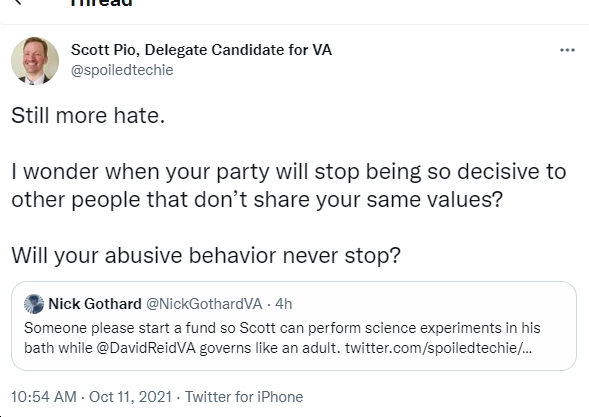 Nearly two weeks now, and there's no sign of Jason Miyares moving to the center or looking to represent all Virginians as AG. Instead, he runs to Sean Hannity to spew out right-wing talking points, attack @Acosta, etc. https://bluevirginia.us/2022/01/thursday-news-who-is-on-bidens-shortlist-to-replace-retiring-justice-breyer-youngkin-wont-stop-undermining-public-schools-how-the-big-lie-lives-on-in-virginia-politics#comment-5710405864