On November 8th, the Virginia Senate Democrats called foul on the VA GOP’s nominees for redistricting “special masters,” with Sen. Scott Surovell commenting at the time, “Courts are supposed to be free of politics—which is why we enacted conflict of interest provisions in the enabling legislation for the nonpartisan redistricting constitutional amendment, and the Republican caucuses have asked the Supreme Court of Virginia to effectively sanction partisan map drawing.” Well, now, it looks like the Virginia Supreme Court (see below) has agreed with the Virginia Senate Democrats, writing that:

P.S. This seems like a good sign that the Supreme Court process on redistricting might not end up being a farce after all, as many have worried it would be… 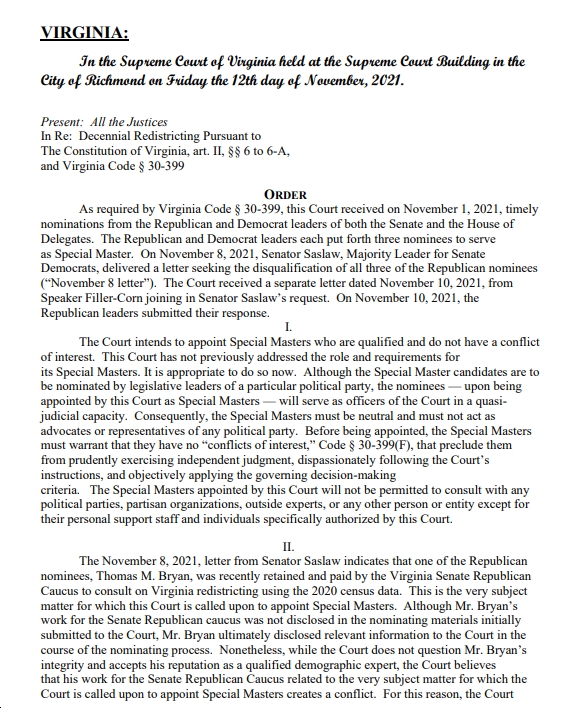 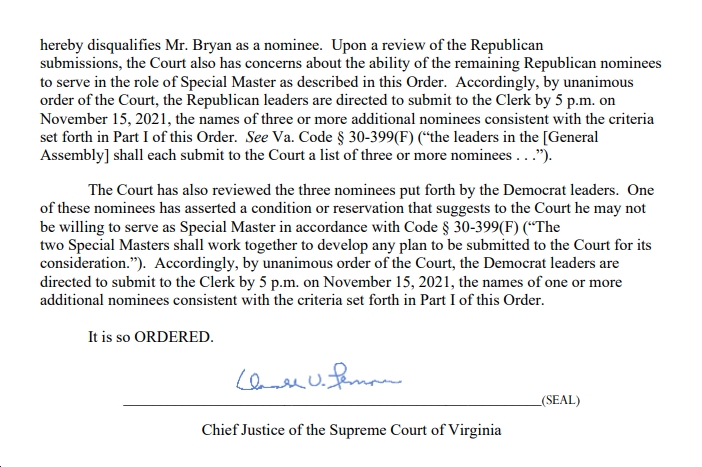