Thanks to Sam Shirazi for alerting everyone to this! On December 20, Senators Tim Kaine and Mark Warner sent a letter to the Virginia Supreme Court, with their thoughts on a proposed Congressional District redistricting map (which the VA Supreme Court is now considering). The key points by Senators Warner and Kaine are: 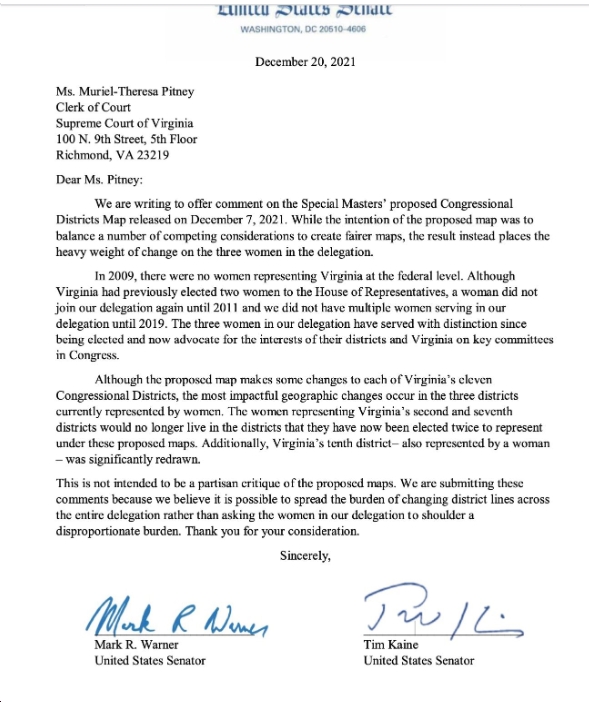