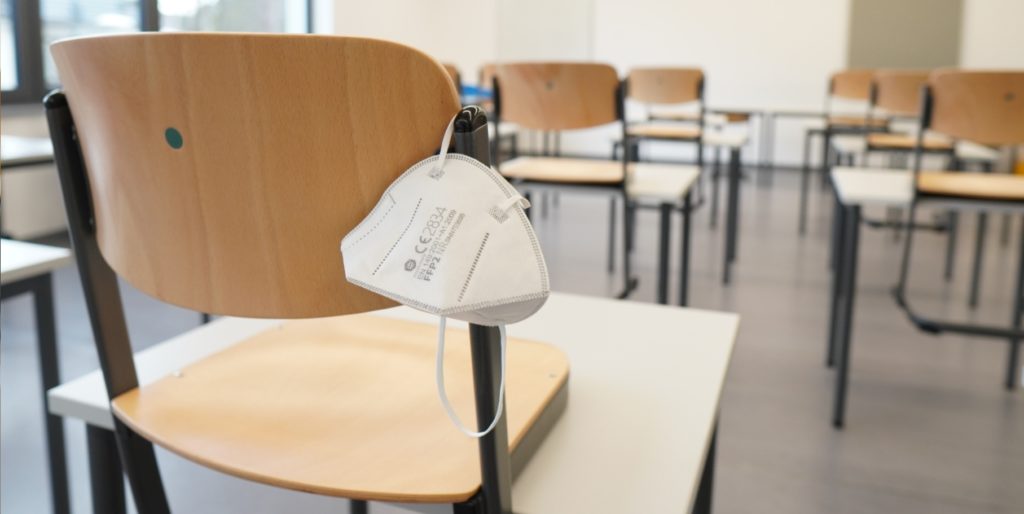 Virginia is on the precipice of a battle for public education, the likes of which we haven’t seen since “Massive Resistance.” Since taking office, Governor Youngkin has made good on his promise to launch a full-scale political assault on our public school system. While much-needed attention has been given to his attempt to repeal local authority to uphold mask mandates, an ongoing threat lies in the privatization program unfolding now in the General Assembly. To successfully defeat this program, we will need parents and educators to reject the right’s politics of division and stand united to fight back.

On the campaign trail, Governor Youngkin promised to “keep politics out of the classroom,” pitting parents and teachers against one another. That narrative was deeply disingenuous. As we can see from his first two weeks in office, education is deeply political—it always has been. Public education was won for all people—Black and white, wealthy and working class—as part of the political victories won by newly-free Black Southerners. It has been under attack by wealthy, neo-confederates right-wing interests ever since. Across the country today, the far right continues its war against democratically elected school boards, and Virginia has become the frontline once again.

A key plank of the Youngkin platform is the forced charterization of our state, with a commitment to force 20 new charters in his four-year term of office, all in locations where parents and school boards have previously rejected charter expansion. The process of charterization is one that necessarily sows division, prioritizing competition over collaborative solutions able to meet the needs of all Virginia’s children. Youngkin has also signaled support for expanded vouchers, a program first implemented in Virginia in 1956 as part of “Massive Resistance,” allowing a minority of wealthy white parents to use public funds to send students to private, segregated schools. Today, those who benefit from charterization market it as a way to meet student needs in the context of decades of racist defunding of the public sector. In actuality, unchecked charter expansion makes these effects far worse.

Public education as it was envisioned during Reconstruction is the cornerstone of a functioning democracy. It enriches all of us, providing an equal playing field for our children to begin their civic and public life. Community-based elected school boards provide the sole mechanism by which our parents and neighbors can govern those schools, ensuring locally grown, people-first public education. In contrast, vouchers and charterization are closely connected to the far-right’s ongoing attack on elected, community-based school boards. They drain public dollars away from community schools, shift community governance toward private boards and appointees, and reallocate public assets unevenly, forcing students to compete for space and resources before they have even gotten a fair start. Together, vouchers and charters are a key part of the right-wing assault on multi-racial democracy that became a hallmark of Trump-era politics.

Virginia has historically had very few charter schools—and for good reason. In opposition to “Massive Resistance,” progressive forces at the state level instituted limitations on the ability of far-right white nationalist groups to redirect public funding to private, segregated schools. This was a win for democracy and a win for children. Today, local school boards must approve a new charter, meaning that no district can be forcibly charterized without the approval of its local, democratically elected board. For that very reason, the far-right wing of the Republican Party has waged a war on School Boards across our state, turning out reactionary forces to Board meetings to harass members and to force conversations that we would like to imagine are currently unthinkable: book burning, forced surveillance of classrooms, undemocratic takeovers of curriculum and governance.

The far right is an extreme minority, but after decades of gerrymandering and voter disenfranchisement, they hold outsized undemocratic sway over our state governance. Unfortunately, for much of the last 30 years, the assault on public schools has been a bipartisan effort. As they competed for suburban voters and corporate donors, elected Democrats gave in to corporate reform efforts, supporting privatization of public education assets and pushing for privatized school governance, both through charterization and mayoral control. Even here in Richmond, the fight against mayoral control of school governance and school construction has been a tense fight within the Mayor’s own wing of the party, leaving the party divided and our Mayor politically weakened.

At the state level, Democratic candidates faced sweeping losses in 2021, leaving the party in an existential crisis. The truth is: Virginia voters are confused and disheartened with the very party that purports to represent the people. Corporate donations from monopoly interests like Dominion Energy, perpetual policy compromises on key issues like paid sick leave and wages, an unwillingness to pick uncompromising fights on behalf of working people—these undermine our party and our democracy. If we are to survive in a moment of pandemic, voting rights erosion, and climate crisis the party will have to change.

Local control of public education remains our last best stand against total minority rule. The Democratic Party must act quickly to protect our hard-won multiracial democracy by defending real, community-first governance of our schools. This General Assembly session all eyes are on the State Senate, where Democrats retain a slim majority. There is much reason for hope. Members of the party statewide have stepped up to fight privatization of public schools, with members of the Richmond Delegation taking the lead. Senators Jennifer McClellan and Ghazala Hashmi deserve particular credit for their principled stances on public education and democratic governance.

In contrast, other Senators have signaled early their willingness to negotiate with the far right on key issues. Senator Chap Petersen has come out early in favor of increased charterization, turning significant attention to Senators who have been swing votes in the past on key issues around education. This means Senator Joe Morrissey could have particular impact on key issues like charters and vouchers.

As the for-profit charter lobby expands its influence in our House of Delegates and State Senate, our party must take a strong stand against failed strategies of privatization and corporate collusion, standing up instead for Democracy and liberatory self-governance. To do this would mean a brave and uncompromising rejection of the right-wing attack on public education.

Tell your Senator to oppose charterization of Virginia public schools!