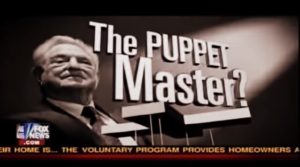 So, Governor Youngkin has just established a “Commission to Combat Antisemitism.” I have a few things to say about that, but let me start by encouraging the governor’s interest in the Jewish people by teaching him what the Yiddish word “chutzpah” means:

“Courage or confidence. Literally translates to nerve, arrogance, brazen presumption; it is not a compliment.”

A good example of chutzpah would be a politician establishing a commission to study an ugly phenomenon which he himself employed to get elected. Now, we all know how Glenn Youngkin inserted the politics of race into his campaign by crusading against the teaching of the ugly truth of how racism has been a part of American history from day one. But not unlike the white supremacists who invaded Charlottesville in August 2017, Youngkin couldn’t resist attributing the alleged anti-white bias that he claimed is infesting our schools to the alleged global power of Jewish money men. As he put it last October on the campaign trail:

“The present chaos in our schools lays squarely at the feet of…Terry McAuliffe…But also at George Soros-backed allies, these allies that are in the left, liberal-progressive movement. They’ve inserted political operatives into our school system disguised as school boards.”

Yes, George Soros, the Hungarian Jewish billionaire who has become the favorite bogeyman of right wing zealots and white supremacists from Hungary’s Victor Orban to our own Donald Trump, Tucker Carlson, Rudy Giuliani, Matt Gaetz, Glenn Beck, etc., etc. – to the deepest, darkest, Nazi recesses of the Web. The ways in which Soros has been described and depicted by these forces are very familiar to historians of antisemitism, e.g.:

Indeed, the reason why Soros has become such a powerful symbol to both Jews and Jew haters is because of the modern history of antisemitism. That history can be dated back to a propaganda tract from 1903 called The Protocols of the Elders of Zion. Created and circulated by Tsar Nicholas’ secret police in Russia early in the 20th century, the book purports to be about a vast global Jewish conspiracy to control the world. It was used by the Tsar to justify antisemitic pogroms against Russian Jews – which spurred the emigration of many of them (including my grandparents to the US).

Of course, the lies of the Protocols most notoriously influenced Hitler, which he cited in his autobiography, Mein Kampf. As one historian put it, “Hitler used the Protocols as a manual in his war to exterminate the Jews,” and “they were used to explain all of the disasters that had befallen the country: the defeat in the war, the hunger, the destructive inflation.”

The ugly but convenient lies remain much the same: about Jewish financiers controlling the world through money, Jews controlling public opinion through the media and Hollywood, and all of it being used to corrupt Western society.  When the MAGA-hatted Nazis who invaded Charlottesville shouted “The Jews will not replace us’, they were referring to a white supremacist doctrine called “replacement theory” or “The Great Replacement”, which stipulates that immigration to Western countries is actually a conspiracy by Jewish or “cosmopolitan,” “globalist” elites to degrade white Christian civilization.

So listening to these dog whistles is not a sign of over-sensitivity, but of learning the dangerous lessons of history. And using such symbolism for political gain is very problematic.

Now, let’s be clear about George Soros – he, like many other wealthy people, does contribute substantially to political causes and campaigns that he favors. If Republicans want to end the influence of wealthy people in politics, they can embrace robust campaign finance reform – whoops, they (and a few Democrats) just killed all the bills in the General Assembly to do that.

The funny thing is that if you check the Virginia Public Access Project (VPAP) database to see which individual donors have given the most to candidates in the Commonwealth, the reigning champion, from 1996 to the present, is none other than…Glenn Youngkin, who contributed a whopping $21 million – almost all of that to his own campaign! But that wealthy puppet-master manipulating the system is A-okay with Republicans, huh?

Asked to back up Youngkin’s claims that Soros funded school board candidates, his spokesman at the time, Matt Wolking (himself a noted Islamophobe) could not find a single example, pointing instead to the support by a Soros-backed PAC for several candidates for local prosecutor positions.

So a phony claim about a wealthy Jew who has become a hated symbol for Nazis worldwide, used to win an election for governor of Virginia – sounds like the perfect case for a Commission to Combat Antisemitism to look into. Go to it, guys!