This Saturday (May 21), Virginia’s 5th congressional district Republicans will hold a convention to select their nominee. The two candidates are incumbent Rep. Bob Good (for more on him, see “I can tell everything I need to know about Bob Good in this one photo”, Virginia GOP Rep. Bob Good Makes Blatantly Racist, Revolting Comments About Afghan Refugees, Far-Right, Insurrectionist, Extremist Rep. Bob Good (R-VA05) Endorses Conspiracy Theorist, 1/6 Trump Rally Attendee State Sen. Amanda Chase for Reelection, etc) and U.S. Air Force veteran Dan Moy.  This is a “deep-red” district (Youngkin won it 60%-39%; Gillespie won it by 10 points over Ralph Northam), so the winner of the Republican nomination (almost certainly Bob Good, sad to say) is highly likely to be elected in November over Democratic nominee Josh Throneburg (who would be INFINITELY superior to Good, of course).

Anyway, with that depressing background, see below for who’s endorsing Bob Good, including a quick comment on each. The endorsements are very revealing, both of the endorsers themselves and also of insurrectionist, extremist, bigot, climate-and-COVID-science denier, conspiracy theorist, etc. Bob Good. 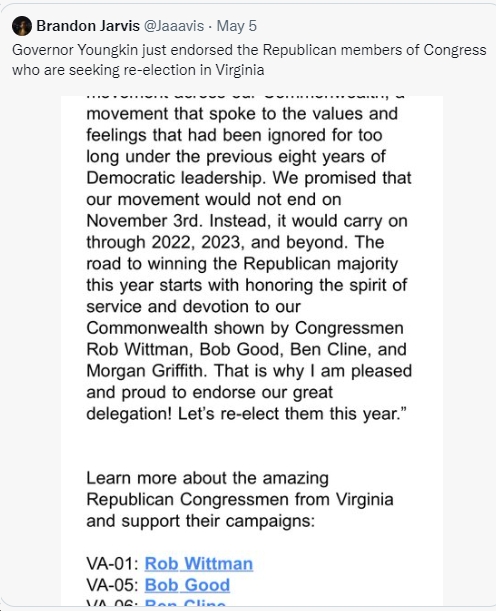 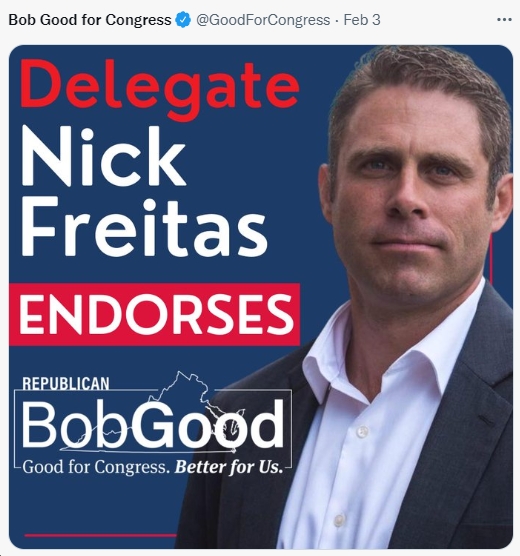 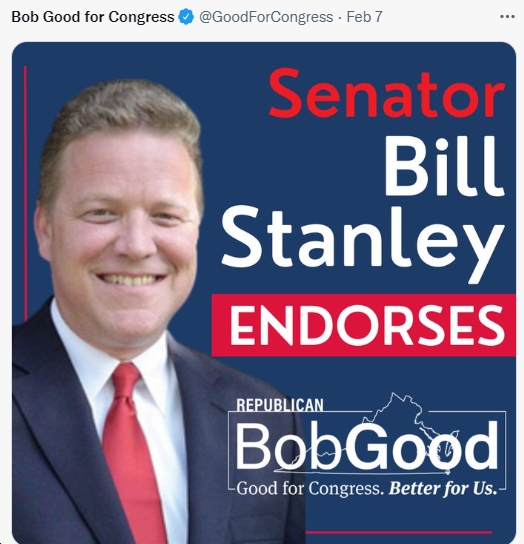 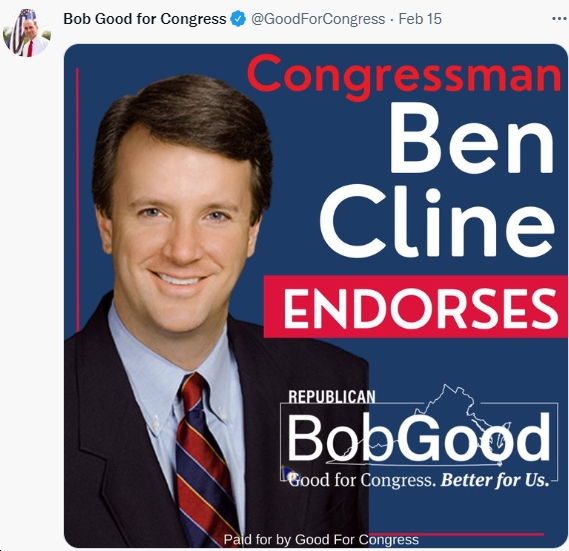 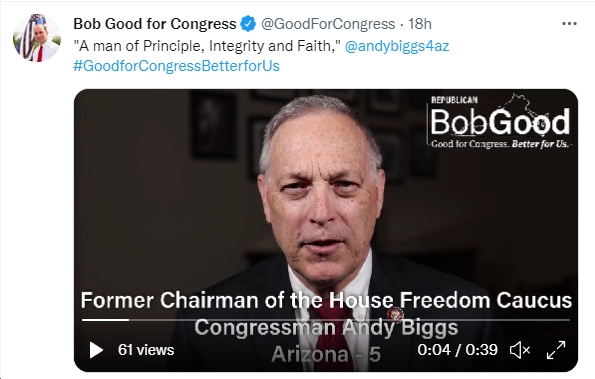 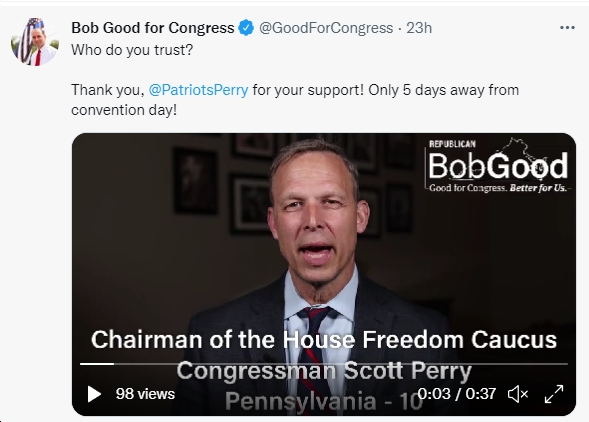 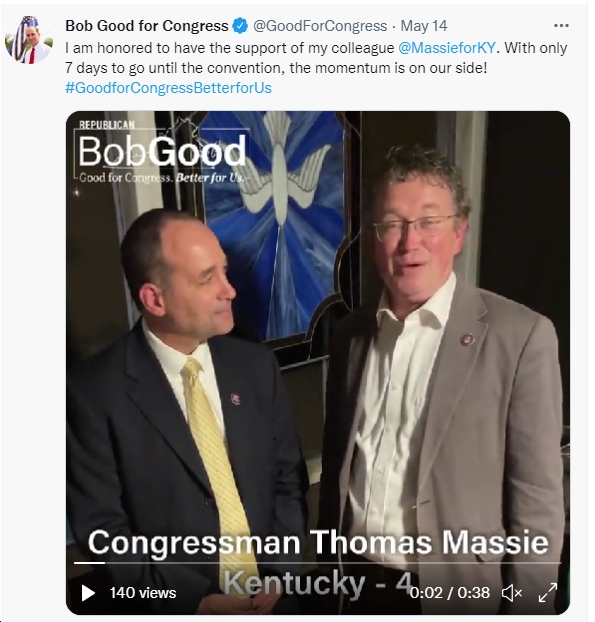 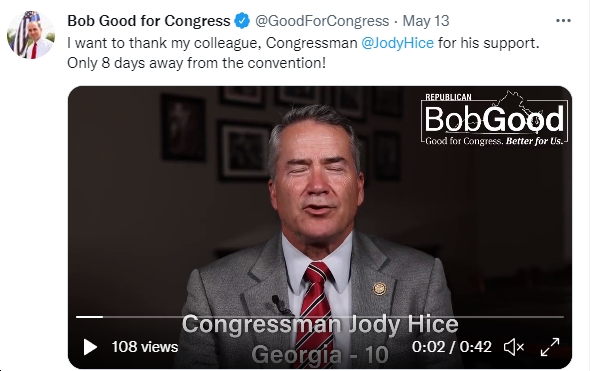 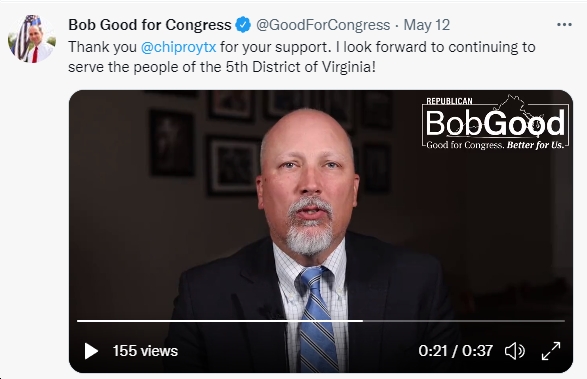 In sum, Good has been endorsed by some of the absolute worst of the worst in this country – insurrectionists, extremists, Trump dead-enders, etc. The fact that Good is likely to win the Republican nomination this Saturday, and also likely to be reelected in November, is infuriating and highly disturbing.