Former Del. Jay Jones is absolutely right about this:

“There’s no place for white supremacy in Virginia, yet @GlennYoungkin’s handpicked head of VDH trumpets these disgusting views and the Governor says he’s “very capable.” It’s despicable but wholly unsurprising that Youngkin condones and shares his views.”

Now, obviously, the correct thing for Youngkin to do regarding his racist/nutjob head of public health in Virginia. For more on this guy, see WaPo Report: VA’s Chief Public Health Official, Appointed by Youngkin, Is a Racist Nutjob Who Thinks “If you say racism, you’re blaming White people” and “Gun violence is, frankly, a Democratic talking point.” (This guy only associates racism with “overt displays of violence, such as, ‘fire hoses, police dogs and Alabama sheriffs.’“) and Virginia Health Advocacy Organizations Denounce Commissioner Colin Greene’s Views on Racism and Public Health (Greene’s views “are mired in racial stereotypes and antithetical to the most basic expectations we hold for Virginia’s public servants“). 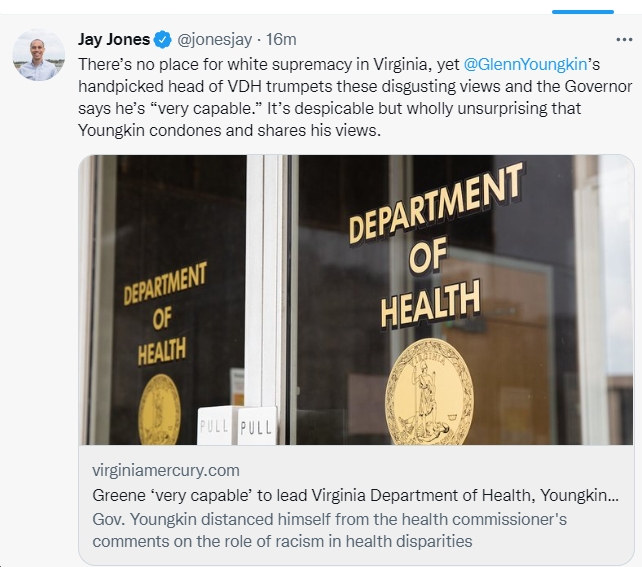 Yes, the health commissioner stepped in it. No, I’m not demanding now he resign. But he’s definitely on double-secret probation. https://t.co/iRQG8aKlI1 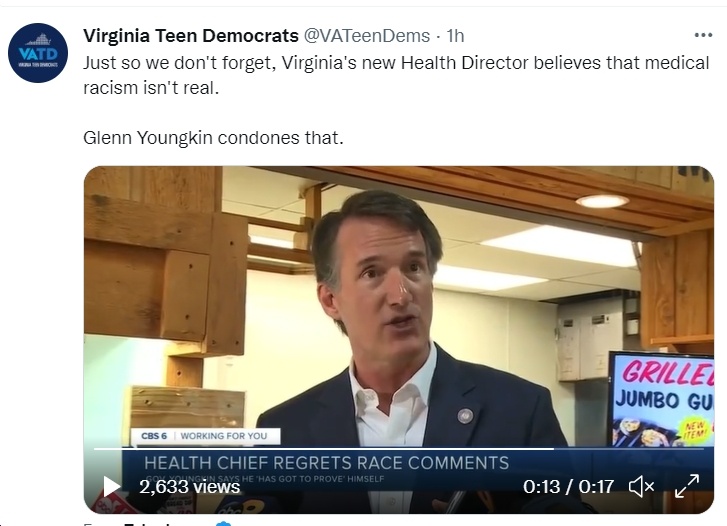