If the Virginia GOP is tweeting (or if its lips are moving), you know it’s lying. The latest? See below, in which they make three false claims in the span of 15 words!

First, Democrats do NOT have “total control of the federal government,” as one branch – the Judiciary – features a right wingnut supermajority on the Supreme Court, while the US Senate has a 50-50 tie, which combined with the 60-vote filibuster threshold, means that Democrats have at best a tenuous hold on that body. 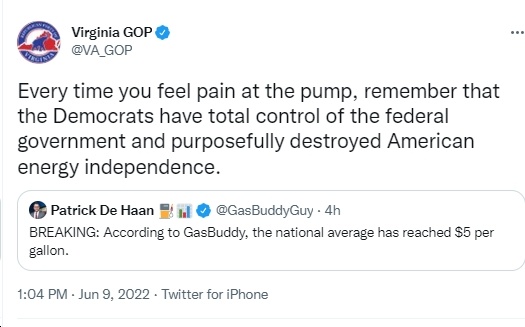 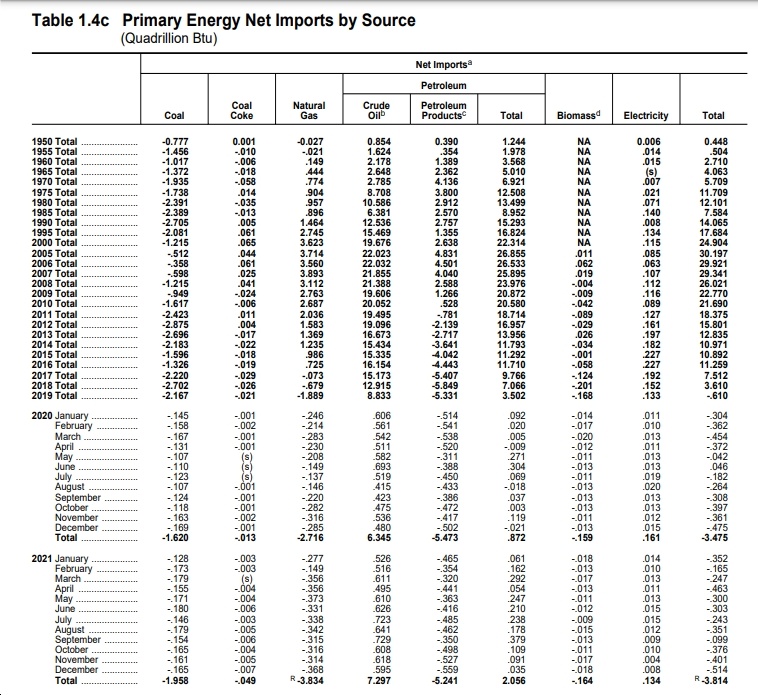 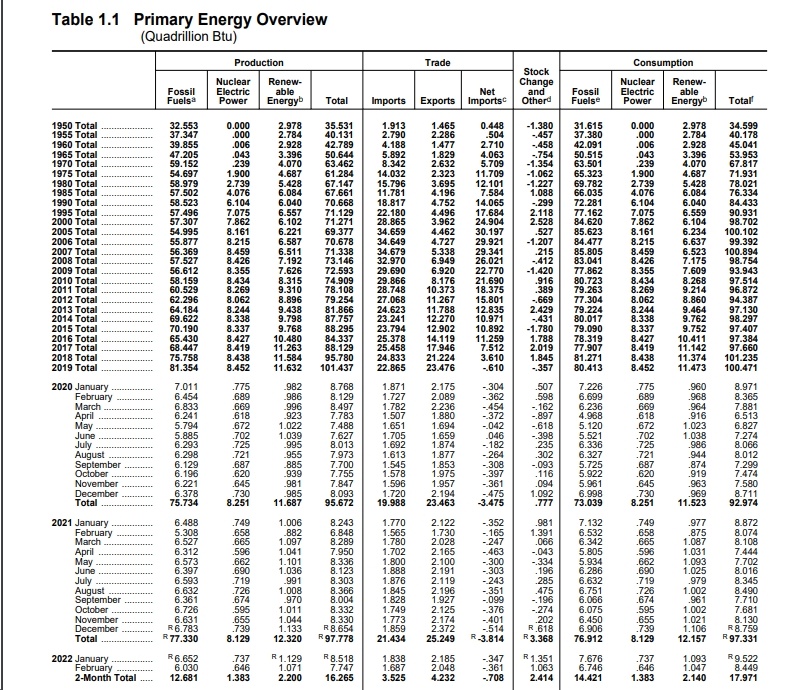 For more on the VA GOP’s crazy lie about US energy independence, also see this WaPo article, which explains:

“Since last October, we’ve been exporting more than we import each month, according to data from the U.S. Energy Information Administration, an independent government statistical agency. That is, we got back to ‘energy independence’ under Biden, but Republicans forgot to update their talking points.”

“U.S. crude oil production has been rising again since about late 2020. Perhaps not as quickly as consumers would like, given other disruptions to global markets, but it’s still rising. In fact, we’re producing about as much crude today as we did in 2019, and are not that far below the record levels of production from early 2020. In other words, in the documented history of U.S. oil production, there has been only about a year when U.S. oil producers pumped more per day than is the case right now.” 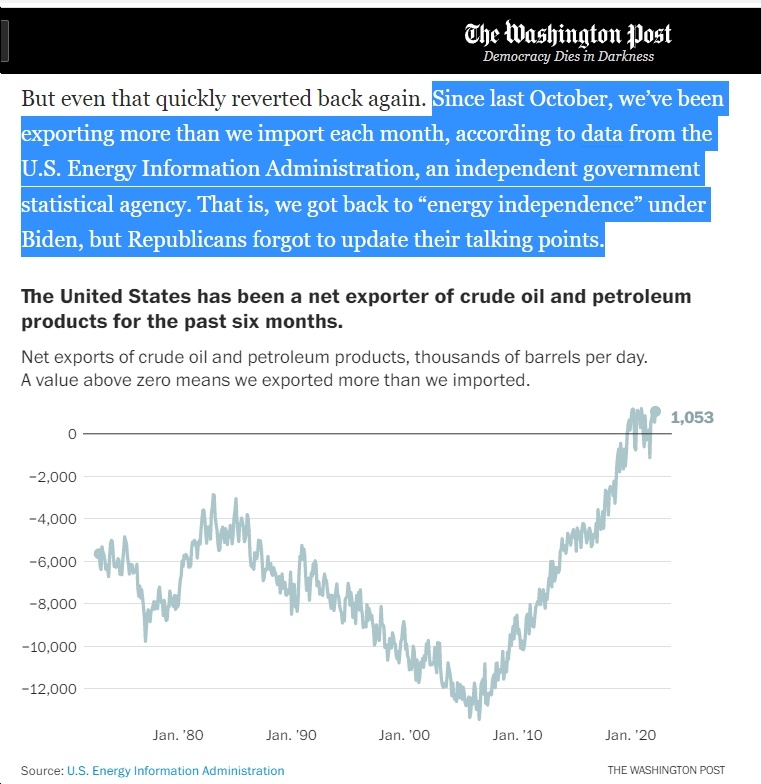 Finally, it’s worth debunking the absurd Republican claim that somehow President Biden is responsible for “high gas prices.” For some excellent background on this subject, see The Dishonest Debate Over Gas Prices, which explains (among other things) that “Charges that the Biden administration are holding up domestic oil production are patently false“; that the oil industry “has over 9,000 permits to use that haven’t been tapped yet”; and of course that “Pumping more oil also would mean continuing to shirk our responsibilities to head off catastrophic increases in the climate change that already has precipitated the worst drought in the US Southwest in 1200 years.”

But more to the point, in fact if anyone’s responsible for “high gas prices,” it’s *REPUBLICANS*. Why? Two big reasons:

Anyway, none of this is going to stop the Republican Party from lying, because that’s what they do. And it’s not going to stop the Republican Party from being 100% in bed with the fossil fuel industry, because that’s also what they do. But the next time you see or hear Republicans blathering about how Democrats are supposedly “destroying American energy independence” or “driving up gas prices” or whatever, just remember: if Republicans are tweeting (or their lips are moving), at least when it comes to energy, they are  almost certainly LYING.