Helpful graphics from VPAP on who in the VA State Senate, House of Delegates and U.S. House delegation was helped, hurt or not particularly impacted by the 2021 redistricting process. First, here are some takeaways, thanks to Sam Shirazi:

As for the U.S. House, the safe “blue” districts (VA03, VA04, VA08, VA11) stayed safe, as did the safe “red” districts (VA01, VA05, VA06, VA09). And the competitive/purple districts (VA02, VA07, to an extent VA10) pretty much stayed competitive/purple, although VA02 got 2.8 points worse for Rep. Elaine Luria, VA10 (Rep. Jennifer Wexton) moved 2.8 points in the “red” direction, while VA07 moved 5.5 points in the “blue” direction. But the bottom line is that, after all the hooplah over the redistricting amendment supposedly leading to more competitive U.S. House districts, it didn’t particularly do that. And, one could argue, it didn’t exactly revolutionize the State Senate or House of Delegates maps either, with the battle for control likely coming down to a few districts. So…what was the point of all that, exactly? 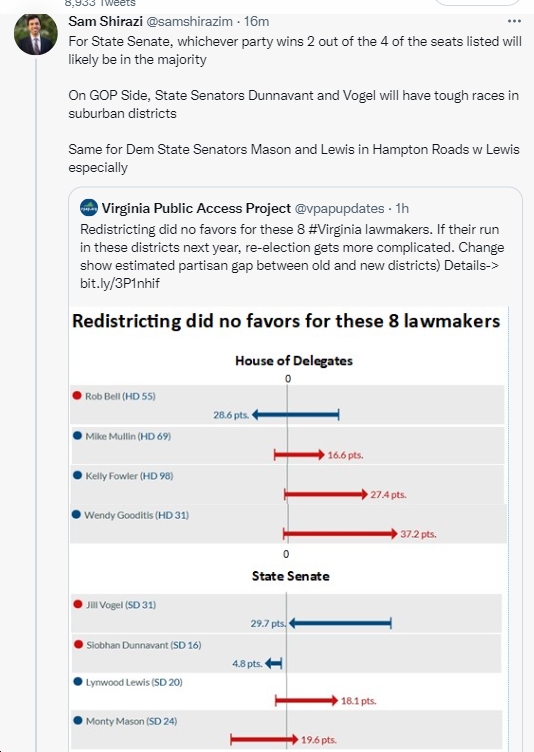 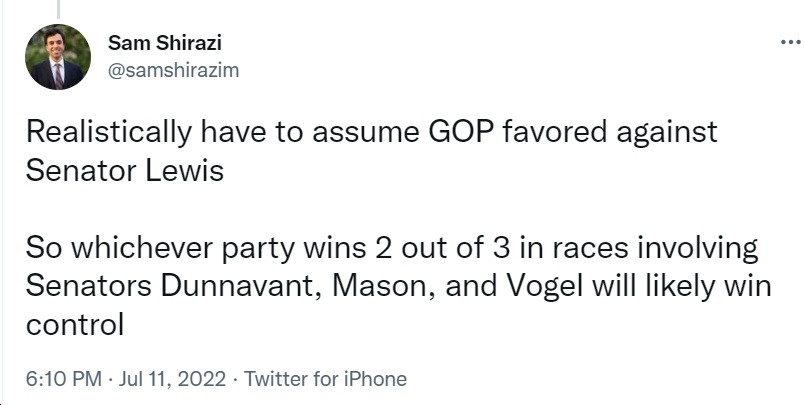 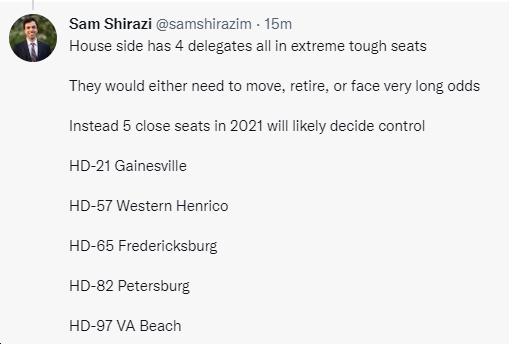 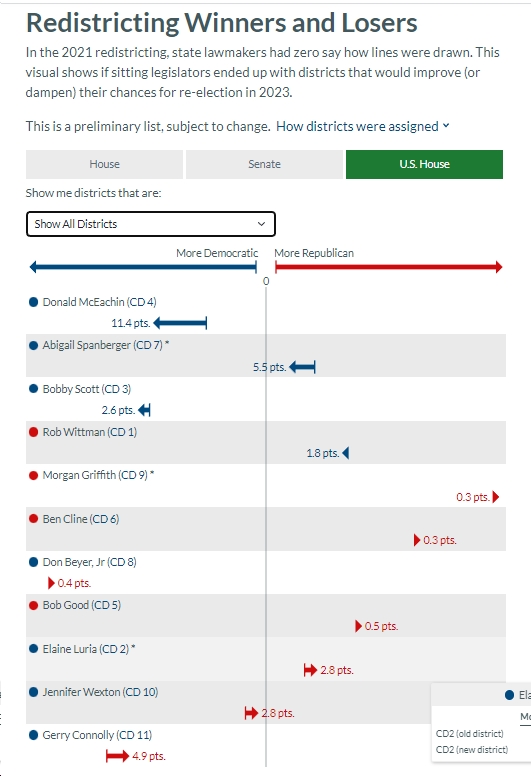 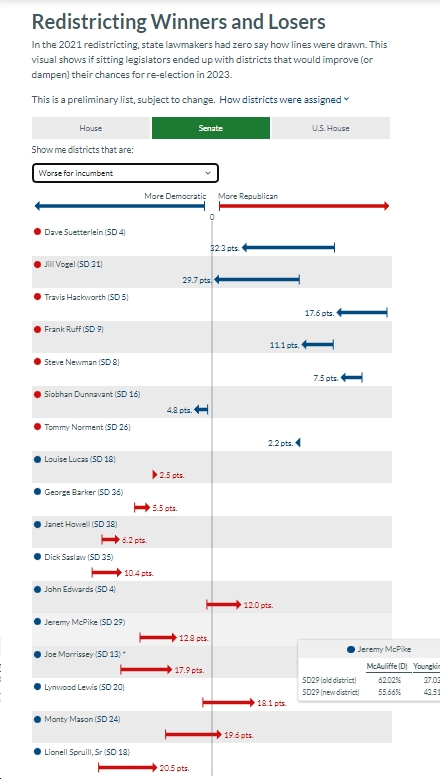 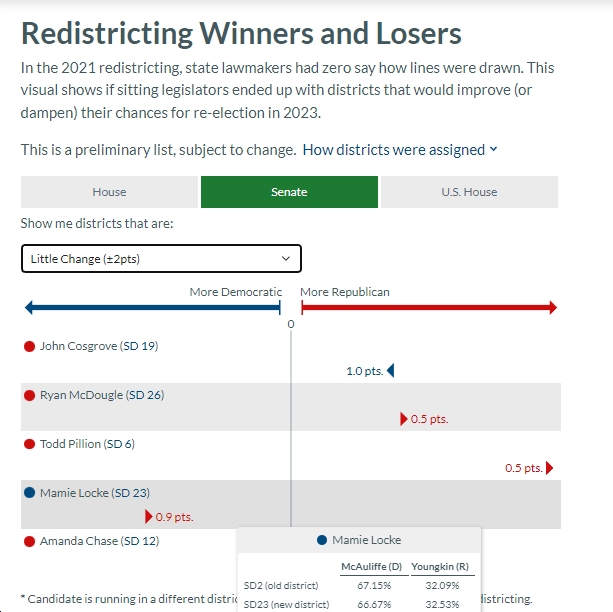 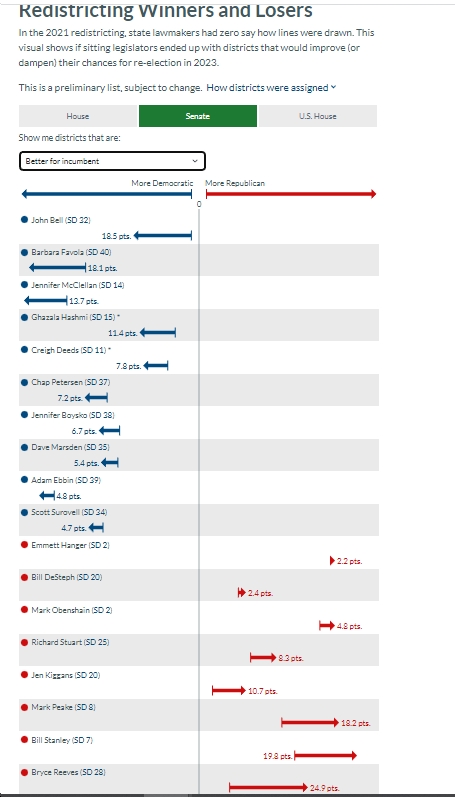 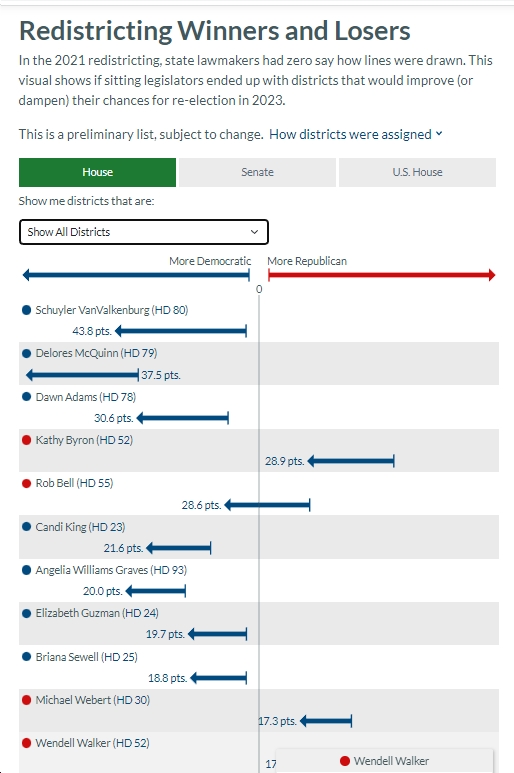 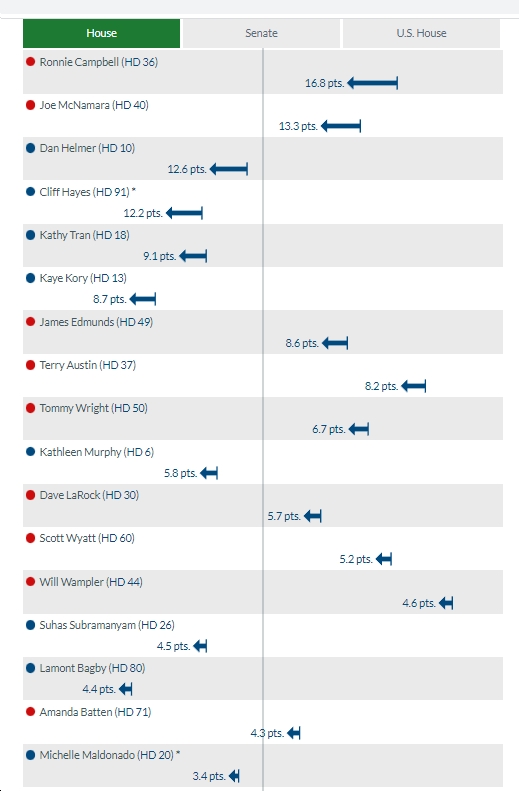 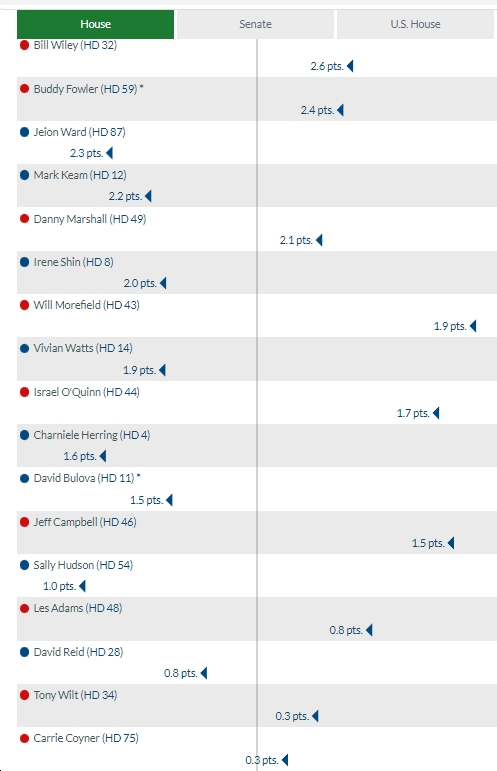 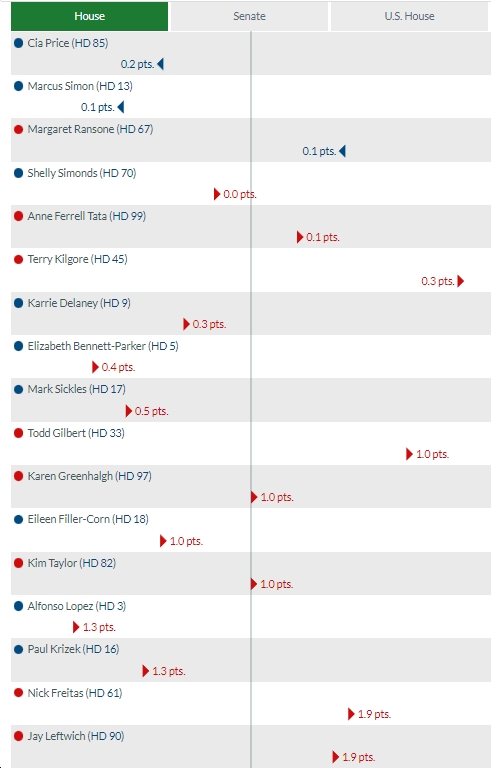 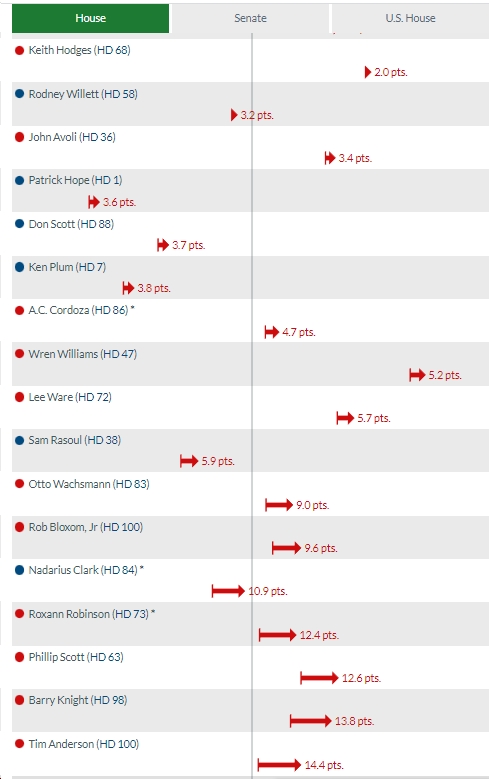 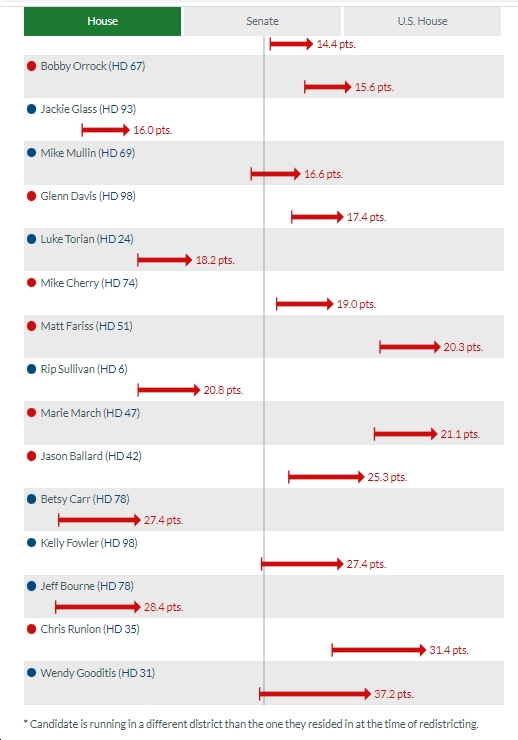