Students at the University of Virginia are blasting away at Gov. Glenn Youngkin. Why? See below for a statement by the UVA Student Council, which says, “On behalf of the student body, we reject the appointment of Bert Ellis and we reject Youngkin’s decision which is either negligent or willfully rewarding behavior that endangers students” Also, see this editorial in the Cavalier Daily, which explains their “opposition to Youngkin’s appointment of Bert Ellis to the Board of Visitors.” The rationale:

...Ellis’s appointment affects more people than the 30,000 students who go to class here every day. All the people who live, work and study here have entered the University knowing that its mission statement reads it is committed to supporting a “collaborative, diverse community bound together by distinctive foundational values of honor, integrity, trust and respect.” Bert Ellis is anything but that, and Youngkin’s appointment of him only confirms what he has already demonstrated so far throughout his governorship — a blatant disregard for the University’s core values.

Let’s begin with a central aspect of this mission statement — respect. Last fall, Ellis traveled across state lines to harass a Lawn room resident, arriving with a razor blade intending to cut away sections of the sign hanging on her door that he did not agree with.

…Ellis has equated diversity, equity and inclusion initiatives with assault and indoctrination attempts, writing that serving on the Board is his opportunity to “reverse the path to ‘wokeness’ that has overtaken our entire University.” While the rest of us work towards University President Jim Ryan’s 2030 Strategic Plan, Ellis and Youngkin appear to be stuck in 1979. The University that Ellis attended 40 years ago is not the same one we know today.

…we find it hard to believe that Youngkin appointed Ellis without so much as a simple Google search that doubtlessly would have revealed these flaws. We are not naive, however. Recent news demonstrates that this move was not unique, nor accidental. The governor is taking advantage of his political position to politicize higher education across the state. Youngkin, this is not a golf club or your Carlyle Group — it is the No. 4 public university in the country. If this is his idea of governance, we should be very worried about who will be appointed to the Board next. Ellis is beneath the bare minimum of what we should expect from a Board member. We deserve someone who respects student self-governance, embraces the University’s commitment to diversity and at the very least, leaves their razor blades for shaving.

Unfortunately, that’s Glenn Youngkin for you – and most certainly NOT an isolated incident or a random miscue. For more examples of Youngkin naming horrible people to his administration, see: Audio: Gov. Youngkin’s New Appointee to the VA Board of Historic Resources Says Robert E. Lee Was a “Morally Fine Human Being”; “Secession Was NOT Treason”; the North’s “Invasion” of the South Was “just like we see Russia invading Ukraine”; etc.; Youngkin Appointee to Kellen Squire: “If you didn’t want your kids to be attacked, you should have made better life choices.”; BREAKING: VA Senate Democrats Reject Cabinet Nominee Andrew Wheeler; Glenn Youngkin Tries *Really* Hard For an Even Worse Pick Than Andrew Wheeler. That’s Right: Faaar-Right Elizabeth Schultz for Assistant Superintendent of Public Instruction!;  Andrew Wheeler for Secretary of Natural Resources, “Bryan” Slater for Labor Secretary, Dr. Marty Makary to head up Youngkin’s medical advisory team, etc., etc. Sensing a pattern here? 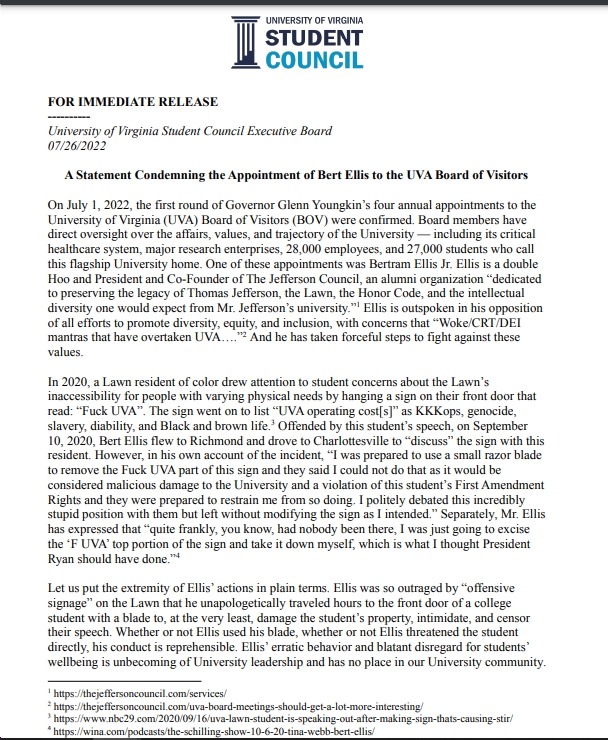 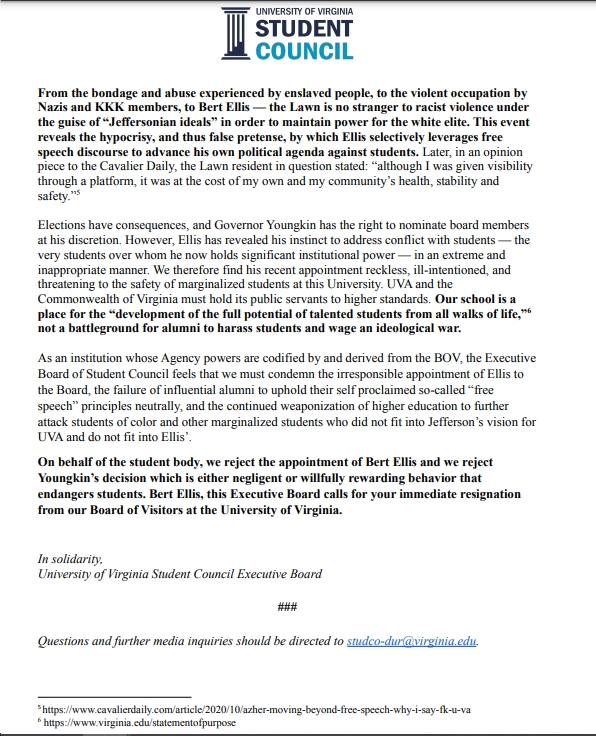