7News learned Tuesday morning that Younkin will visit Michigan to campaign for Dixon who was recently nominated by the Michigan Republican Party to face off against Michigan Democratic Governor Gretchen Whitmer in the November election.

Youngkin will headline the Michigan Republican Party state convention in support of the Republican ticket.

So who is Tudor Dixon? Check it out:

In other words, Dixon is a dangerous, unhinged extremist. So why is supposed “moderate” Glenn Youngkin (yes, it’s laughable that he’s in any way “moderate,” but sad to say, there are several incompetent, lazy, pathetic excuses for “journalists” in the WaPo, etc. appear to believe that! LOL) campaigning for her?  Two possibilities: 1) he’s on the same page with Dixon; 2) he’s running for the Trumpified GOP(Q)’s 2024 presidential nomination, and he feels he needs to get around the country and pander to the far-right “base.” Or both. Yes, definitely both. 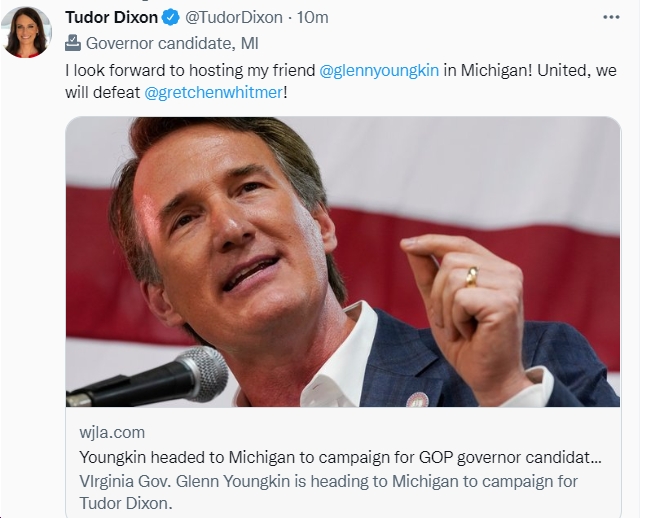