See below for a great thread (on Twitter, ironically – or appropriately!) by Georgetown University Professor Thomas Zimmer on “Twitter, Musk, and the destruction of the virtual public square.” A few key points include: 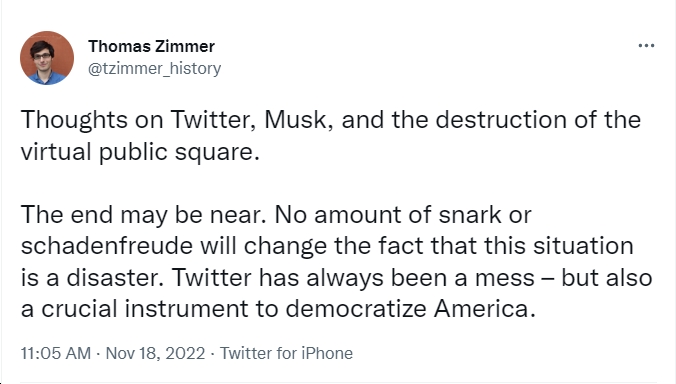 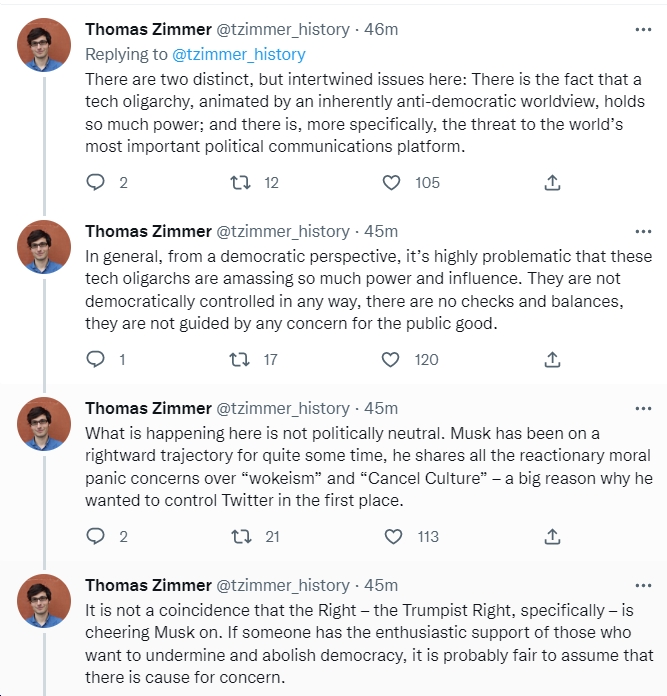 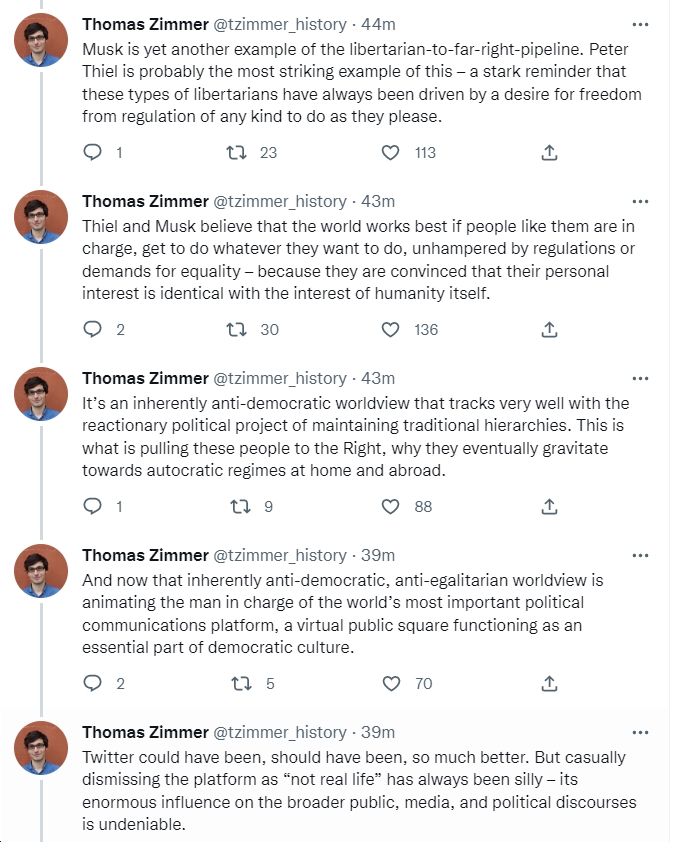 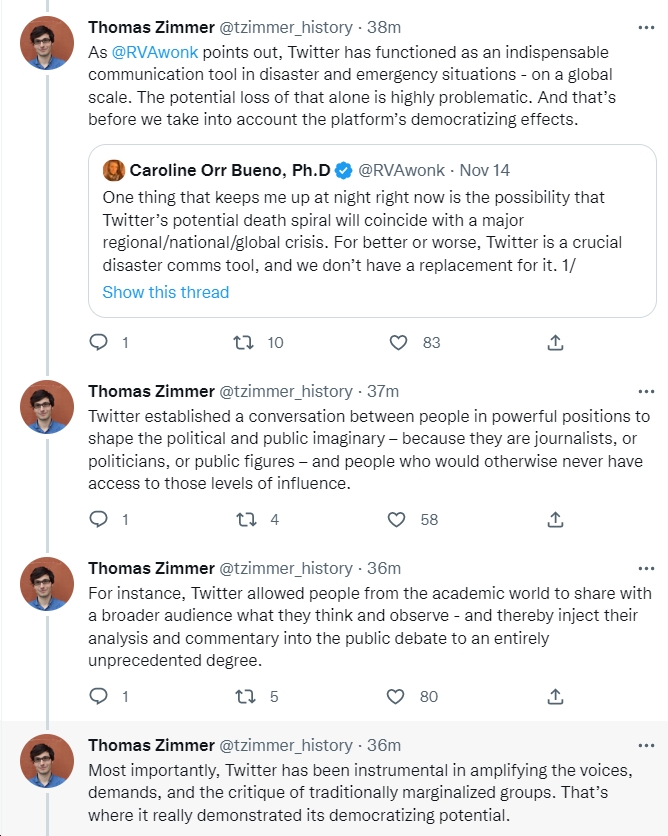 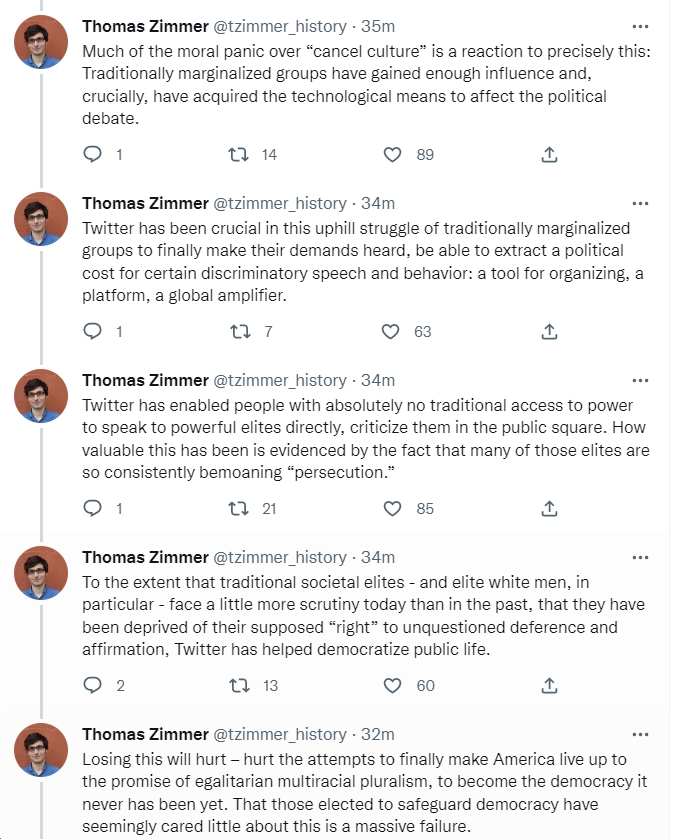 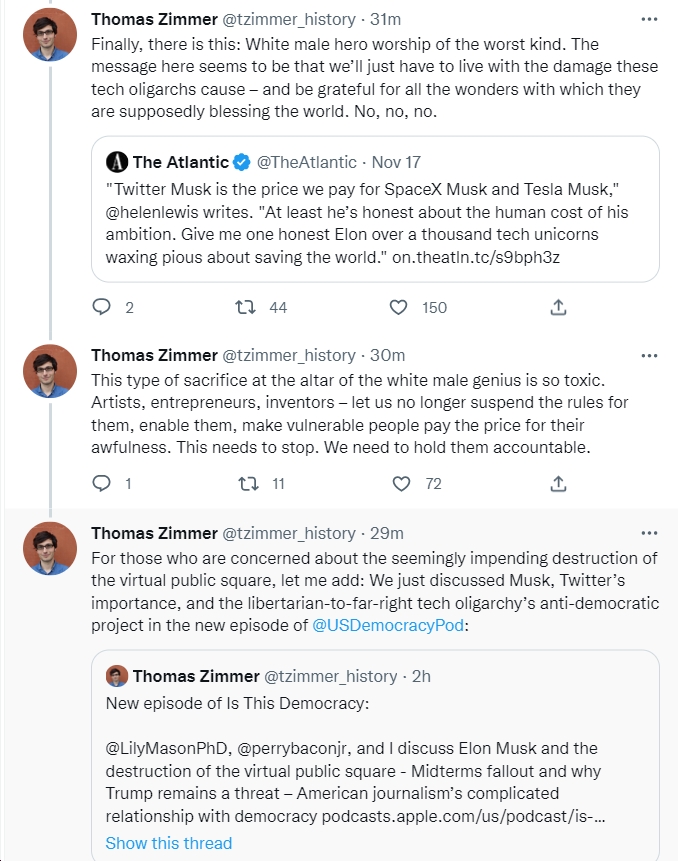