See below for some of the worst political analysis by the media prior to the 2022 elections. And yes, as Soledad O’Brien, Eric Schultz, Mehdi Hasan and others have pointed out, it’s very important that there be accountability for these irresponsible, almost-always-wrong political reporters and pundits. Because to date, there really hasn’t been…they just publish their wildly wrong analysis, forecasts, etc. and move on, with zero consequences. So here’s a short list:

This could go on all day, and I’m sure there are many more examples (please let me know, in the comments section, if you find any good ones, particularly about Virginia!). But the bottom line is that the political media in this country is badly broken, desperately needs a course correction – and some accountability – but probably won’t get it, sad to say. 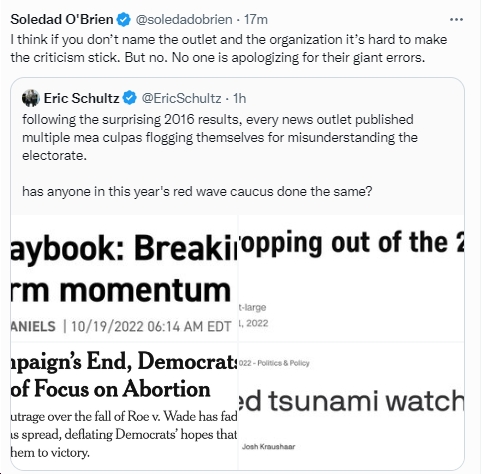 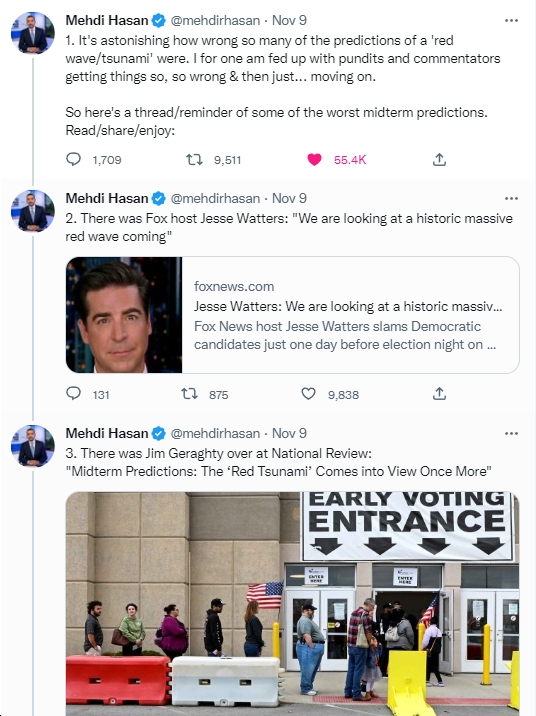 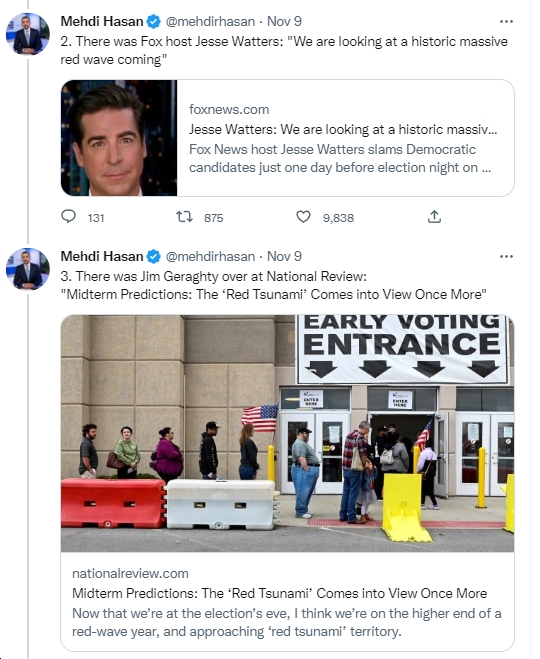 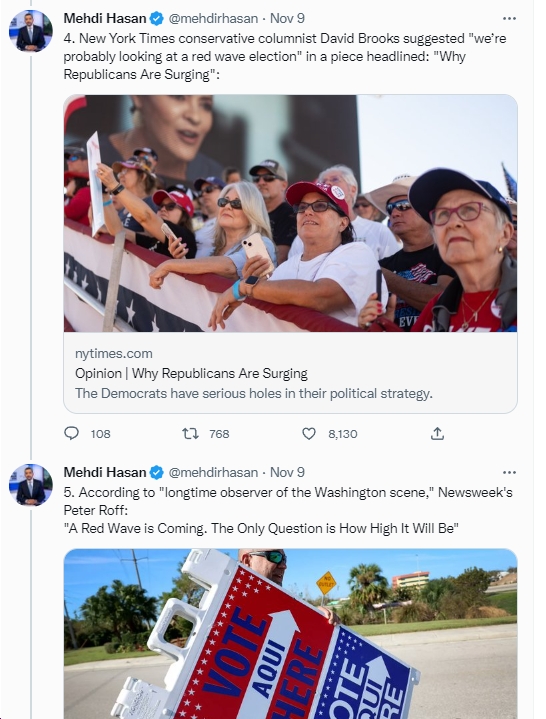 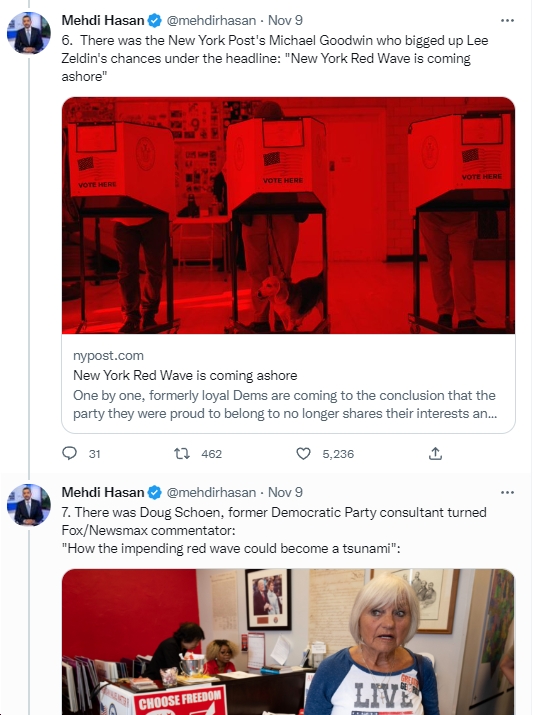 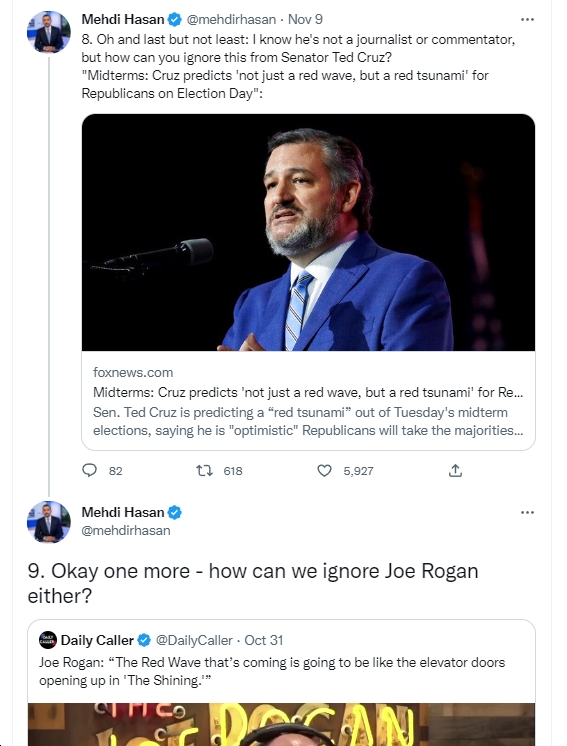 VA House Dems’ Leader @DonScott757: “It is unacceptable that the leader of our state would support legislation that poses a direct threat to the lives of half our population” ("But we’ve come to expect the unacceptable from Youngkin”) https://bluevirginia.us/2022/12/va-house-dems-leader-don-scott-it-is-unacceptable-that-the-leader-of-our-state-would-support-legislation-that-poses-a-direct-threat-to-the-lives-of-half-our-population