Barack Obama: “It is Time to Pass Health Care Reform”

"President Obama addresses the House Democratic Caucus and says that the time is now to vote for health care reform for America." Tomorrow is the day, let's do it!

UPDATE: Crew of 42 reports, "Rep Glenn Nye's office puts out statement he will vote NO on health care bill." Not surprising, but what a @#$@#$@!.

Tweets from the JJ Dinner

I didn't go to the JJ Dinner this year (I went in 2005-2008, attempted to go in 2009 but had major transportation problems) but here are some tweets by people who were there.

Vivian Paige:
*"Sen Amy Klobuchar has taken the stage. V. Funny, humble, cracking Palin jokes."
*"Grabbed @GlennNye & asked about the AP story. He shook his head &wouldn't confirm. Others say he told them he's still undecided."
"@tomperriello is a rock star!"
"Had a great conversation with @tomperriello just before he went on stage to speak. Awesome, just awesome. I'm writing a check tonight."

Shawn O'Donnell:
*"Who said Democrats are having a down year ... over 1,300 folks are filing into dinner in the Richmond Convention Center"
*"DPVA Chairman Cranwell does a quick intro ... Richmond Mayor Dwight Jones says hello and speaks about core values"
*"Gerry Connolly from the 11th District gets a standing ovation for passing health care remark..."
*"Tom [P]erriello from the 5th District is getting a standing O ... tomorrow I'll be casting my vote for reforming health care"
*"Webb speaking now about economic fairness and social justice ... now changes in the criminal justice system reform"
*"Warner ... financial reform will happen this year .... two quick bills ... energy sector "home star" ... 500k jobs over a 2 month period"
*"Warner ... w/o those stimulus check VA would look like CA"

Gordon Simonett
*"Sen mark warner tells #dpva that sen. republicans are abusing fillibuster and holding up 64 appointees. Time for up or down vote 14 mos in"

Frank Anderson
*"Warner: Responsible Republicans 'a lot harder to find in Washington.'"
*"Klobuchar ... when the GOP leaders are wrong we must "call them out"..."

Marc Broklawski
*"The energy in the room for Periello was nothing short of amazing. A video of the crowd at the end of his speech" http://tiny12.tv/CVXM0
*"Sen. Warner says tomorrow we pass the health bill in the House and later in the week in the Senate."

Mark Keam
"Jim Moran & Rick Boucher not at JJ tonight. Many General Assembly members here, as well as most '09 statewide candidates. All good folks"
*"Webb reminds me again why I love this guy. Warner and Perriello close seconds. Connolly, Scott, Nye... We have good public servants in VA."

Aimee Fausser
*"Why is glenn nye here??"
*"I just gave gerry connolly a standing ovation. There's a first time for everything."

Sean Holihan:
*"Tom Perriello just gave the keynote. Can't beat that. He owns this party."
*"Wow - bit of a difference between Connolly and Nye here. Connolly voting for health care."

The True Face of the Tea Party Reveals Itself 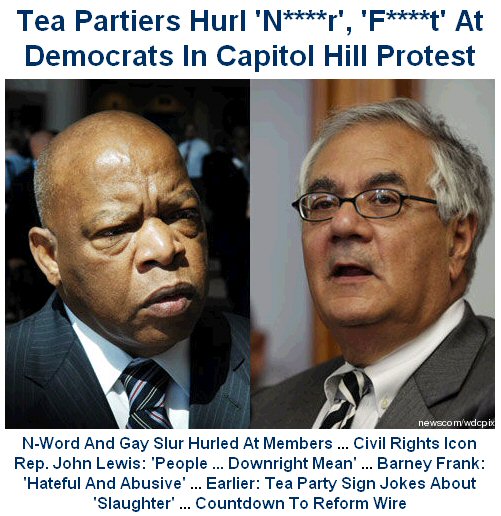 See Talking Points Memo for full coverage of this shameful afternoon. Why is this not surprising? And where are the Republican "leaders" to denounce this disgraceful behavior?  AWOL, of course. 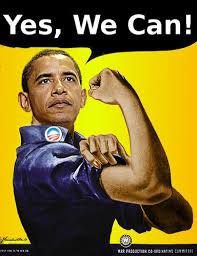 Add another Virginia Democrat to the "yes" list on health care reform legislation. Now, we just need Congressmen Boucher and Nye. C'mon guys, you can do it!

WASHINGTON - Congressman Gerry Connolly (D-VA-11) said today he will vote for the historic health insurance reform legislation scheduled for a vote Sunday in the U.S. House of Representatives.

"For the past year, my constituents have told me they want health insurance reform, but only if it meets certain tests," Connolly said.  "Will it bring down premiums for families and small businesses?  Will it reduce the deficit?  Will it protect their choice of plan and doctor?  Will it improve access to care?"

"The answer to each of these questions is 'Yes, it will'," Connolly said in a statement to be delivered on the House floor.


More after the "flip"

Ken Cuccinelli proves that he's back in the Stone Age, or maybe the "Father Knows Best" 1950s, when homosexuality actually was considered a "a detriment to our culture." Of course, Cuccinelli has no evidence to back this up.  It's also ironic that he makes this claim, as his pal "Sideshow" Bob Marshall argues the opposite, that "gay individuals seem to have more income, to attend more cultural events, to take more vacations than the rest of us." Last I checked, having more income and attending more cultural events didn't make someone a "detriment to our culture," but since when did these haters care about facts or logic?  Take the "debate" on health care reform, for instance, where people on Cooch's team have been screaming about phony "death panels" and "government takeovers of health care" and other falsehoods.  The only questions are, why does anyone listen to these people, and of course why does anyone in their right mind vote for them?

The right-wing noise machine is in high gear, spewing out "hyperbolic rhetoric" and "outright falsehoods." In other words, just another day at the office for Glenn, Sean, etc.

Obama: “Time for Action on Financial Reform for the Economy”

The full transcript is here. Here's an excerpt:

...these reforms include a new Consumer Financial Protection Agency to prevent predatory loan practices and other abuses to ensure that consumers get clear information about loans and other financial products before they sign on the dotted line.  Because this financial crisis wasn't just the result of decisions made by large financial firms; it was also the result of decisions made by ordinary Americans to open credit cards and take on mortgages.  And while there were many who took out loans they knew they couldn't afford, there were also millions of people who signed contracts they didn't fully understand offered by lenders who didn't always tell the truth.

This is in part because the job of protecting consumers is spread across seven different federal agencies, none of which has the interests of ordinary Americans as its principal concern.  This diffusion of responsibility has made it easier for credit card companies to lure customers with attractive offers then punish them in the fine print; for payday lenders and others who charge outrageous interest to operate without much oversight; and for mortgage brokers to entice homebuyers with low initial rates only to trap them with ballooning payments down the line.

Audio: Amanda Chase Doubles Down, Claims “There is an all-out attack on folks that are white”; Asks “Why is it we can talk about Black history and people don’t flinch?” https://bluevirginia.us/2020/08/audio-amanda-chase-doubles-down-claims-there-is-an-all-out-attack-on-folks-that-are-white-asks-why-is-it-we-can-talk-about-black-history-and-people-dont-flinch @VaBlackCaucus @vademocrats

.@RepSpanberger Has Proven Record of Working On the Issues That Matter Most to Central Virginians https://bluevirginia.us/2020/08/rep-abigail-spanberger-has-proven-record-of-working-on-the-issues-that-matter-most-to-central-virginians