Cuccinelli compared slavery to abortion in 2008 The outspoken conservative and candidate for governor made an almost identical statement in a 2008 "Cuccinelli Compass," a regular letter he writes to supports to supporters, The Washington Examiner has learned. In it, Cuccinelli reviews a biography on British abolitionist William Wilberforce and draws a connection between Wilberforce's fight against slavery to his own efforts in the Virginia Senate to curb abortions in the state.

The story also offers Cuccinelli's defense of those remarks:

Two recent articles show the lengths that Republicans will go to appropriate the time of the unemployed and the jailed for free labor. First, the Senate Republicans now want to punish the unemployed even more.  Not only do they want to impose a drug-test tax, and deny benefits to those without a high school education, they also want the unemployed to work for free (i.e., de facto slavery).  Given that the economy has downsized more people of color, with African American unemployment running as high as 50% in some places, this move has rather sinister and historic non-subtle overtones.  It should be a federal crime to demand anyone work for free.  But here we are with the Senate GOP demanding exactly that.

Sen. Richard Burr wants to make those on unemployment prove they have applied for a job at least 20 hours a week AND work for free another 20 hours a week, just to get the paltry insurance they are owed.  Unemployment insurance is paid by companies to cover employees when the same companies lay off workers.  It is the last disincentive to firing and downsizing, and as we have seen, not nearly enough so.  When it is a choice of further enriching the already rich or paying workers, you know what the corporate CEOs decide.  With at least 2/3 of the unemployed unable to find work, that is a large number of conscripts into servitude.  Why, maybe the very same employers who eliminate their jobs can gain their free labor (sarcasm)?

Unhinged by the right

The video you have just seen, at least the first minute thereof, is a campaign ad for Rick Barber for the Republican runoff for the opportunity to oppose 1st term Democrat Bobby Bright in AL-02 (Bright won in '08 by 1,766 votes).

Ruth Marcus has this op ed in today's Washington Post, which has the same title as this diary, and which caused me to go find the video of the ad to be sure people saw it.

Let me offer a few excerpts from her column, and a few words of my own.

Slavery Is a Mere “Nit” to Republicans

Governor Haley Barbour and Governor Bob McDonnell are two birds of a feather in the same flock. Guess "R" for Republican stands for "Racist." Must be in the Republican DNA. 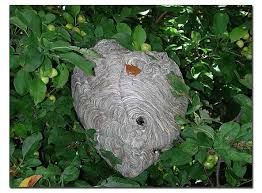