lowkell - December 15, 2018 2
The Richmond Times-Dispatch reported yesterday on what appears to be a classic case of the "Virginia Way" - the cozy, cronyist, pay-to-play, opaque, "legally corrupt"...

I Saw the “Virginia Way” In Action and It Really Wasn’t...

Blue Virginia - February 7, 2018 4
by Morris Meyer So I went to Richmond and testified on 5 bills yesterday. It was a great experience, but I also saw the "Virginia...

Bipartisanship Can Be a Tool and Element of Governorship, But It’s...

A Siegel - February 5, 2018 1
In the era of Donald Trump's Republican Party's embrace of a path toward authoritarianism, regretfully, there are too many in the Democratic Party who...

Tom Perriello: My Hopes for a New “Virginia Way”

Blue Virginia - February 1, 2018 3
by Tom Perriello What we all accomplished together last year was massive. The question now is whether we can scale and sustain it. If we... 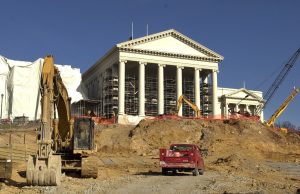 Jeff Thomas - March 20, 2017 3
Dear Senator Surovell, Thank you for your response to my column about how campaign contributions and a reverence for the “Virginia Way” corrupt politicians. As I... 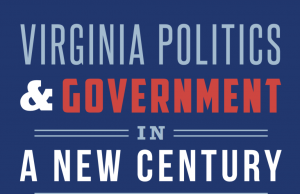 The “Virginia Way”: Paragon of Virtue or Cesspool of Corruption? Take...

lowkell - November 17, 2016 2
I just finished a new book on the "Virginia Way," which I will review momentarily. But first, here are some quotes on said "Virginia...

It could have been about mental health or affordable care, but this General Assembly session accomplished favors for the former Governor and itself. John L. Brownlee must be silently gloating. His client will benefit from what turns out is the real Virginia Way. To heck with becoming Attorney General.

What the General Assembly accomplished was to provide tacit approval of almost every unethical act Bob McDonnell, or any one of themselves, committed, ever. Mr. Brownlee, a former U.S. attorney, is a more than competent lawyer and he appreciates that the omission of specific restrictions from the "ethics bill" allows him to argue that those activities are condoned.

Some may not remember, but Bob McDonnell's attorney aspired to statewide office. He was cut off at the knees by Ken Cuccinelli, a centrist by comparison. Turns out it is better to have lost and lived to join a very good law firm than to have won and become such a pariah that the only way to earn a living is to bleed the paranoid. It's unfortunate that we'll never know if Brownlee had the stuff to tango with Jonnie Williams. What we do know is that his defense of McDonnell will be that nothing McDonnell did was unethical, at least anything he is charged with, or it would have been included in the ethics bill passed by legislators with the benefit of hindsight.

What is even more unfortunate is that politicians that take advantage of the Virginia Way to fatten their wallets (or purchase personal automobiles with campaign contributions) will continue to thrive. Frankly, there's no luxury like that of candidates willing to subsidize their lifestyle with campaign funds that the state of Virginia treats as their own. And if elected to office, why hire a staff when no one can be more valuable on your staff than yourself? Where's any reasonable standard for behavior, path for remedy, or process to enforce/punish?

So, bravo General Assembly, you may have made John L. Brownlee's case winnable.