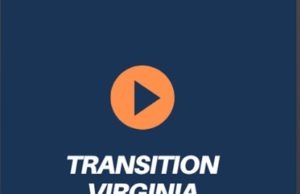 lowkell - August 3, 2020 0
Check out the latest episode of the Transition VA podcast, this time as " Trevor Southerland and Jeff Ryer...preview the Democratic and Republican... 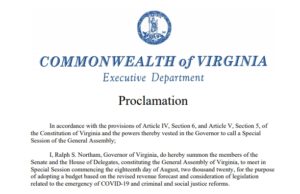 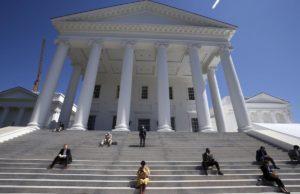 Josh Stanfield - April 25, 2020 7
By Josh Stanfield of Activate Virginia On Wednesday we witnessed a historic session, under pandemic circumstances, during which legislators considered Governor Northam’s actions on various... 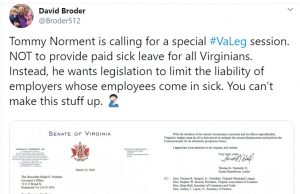 Video: BADLY Losing the Argument on Gun Violence, Their Caucuses in...

lowkell - July 9, 2019 41
More evidence that Virginia House and Senate Republicans are completely pathetic and must be voted out of office this November? Try this: badly losing...

lowkell - July 9, 2019 4
See below for some video and photos from the Virginia Capitol this morning, where the General Assembly is set to hold a Special Session... 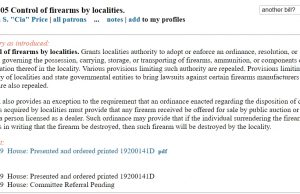 lowkell - July 8, 2019 5
With the Virginia General Assembly's Special Session on gun violence prevention starting tomorrow, so far only Democrats have introduced serious legislation on this  issue....

Blue Virginia - July 5, 2019 0
by Susan Ahern Marusco The father of a Chesterfield girl, Markiya Dickson, who was shot and killed at a Richmond park over Memorial Day weekend,...

Blue Virginia - July 5, 2019 1
By Delegate Schuyler VanValkenburg, Delegate Mike Mullin, and Delegate Jeff Bourne A year ago, in the wake of the Parkland shooting, the Speaker of the...