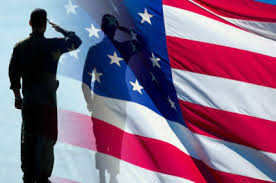 It’s no longer widely understood – now that war is kept largely out of sight and out of mind – just how dreadful warfare is, and the profound effect it has on the participants and their loved ones.

Those words are from the middle of a Bob Herbert column this morning, with the title An Overdue ‘Welcome Home’, in which he discusses a a “moving” documentary produced by Wisconsin Public Television, the Wisconsin Department of Veterans Affairs and the Wisconsin Historical Society, “Wisconsin Vietnam War Stories.”  It will shortly be shown at Lambeau Field with tens of thousands of veterans and their families expected to attend.

You can, and should, read the column.  I want to focus on a few expressions, starting with the one at the beginning of this posting.

I am of an age to remember the coverage of Vietnam, and the profound effect it had in turning the American public against the war.  By the time of the first Gulf War (under the first President Bush), those who had been lieutenants and captains in Vietnam were colonels and generals, and they were determined to control what the public saw.  That has largely continued through Iraq and Afghanistan, and while we knew the numbers of American dead, we did not see what happened, nor did we have coverage of the bodies returned to Dover.  And since we had, by the end of Vietnam, moved to an all volunteer military force, the number of American families that experienced the horror of war became very limited.

I have not personally experienced war, my own service in the Marines being strictly stateside.  I had relatives who did.  And in the Marines I knew well some who had, those who returned from combat, and some I had known in training about whose deaths I later learned.

What I want to focus on from Herbert is a few key points.

We hear a former Marine who points out that the young people “didn’t know all the damned politics of the thing. Most of us hadn’t been old enough to vote hardly, you know.”  But, as Herbert writes, they were old enough to suffer.

But they were old enough to suffer, and the suffering inevitably had to do with loss – the loss of close friends and mentors, the loss of cherished illusions, the loss of vitality in bodies that just a moment ago were in perfect health.

There are tears, but they are almost inevitably for someone else, and as one man puts it,

“I don’t know how you can make one understand what it means to lose someone, if it’s not you getting hit but someone you’ve known – to see them die.”

Herbert is as blunt as one can be, when he writes

If more Americans understood the real horror of war, and if more families were in danger of being touched by it, we’d see a dramatic falloff in our willingness to go to war.

the real horror of war – too many who make the decisions that lead us to war have not themselves served, and nowadays far too few have family that will experience those horrors.

War may at times be unavoidable.  I acknowledge that.  One hopes that we will, before we embark on war, remember what the cost is likely to be.  One hopes further, that those persuading us of the necessity of war be honest about those costs, and not pretend otherwise.

Vietnam tore this nation apart.  We have recently passed the 40th anniversary of one of the momentous occasions, when Nixon expanded the war into Cambodia, thereby destabilizing that country, and leading to the strong responses and protests in this nation, protests that lead to deaths at Kent State and Jackson State.

Those who volunteered tried to believe in what they were doing.  There is a strong tradition of military service among some families, something those of us who now, as I do as a Quaker, strongly oppose most use of military force, need to remember.

Herbert reminds us that most of those who die in combat are relatively young – he starts with those 19, the age at which I myself enlisted, although I knew a few who had not yet reached that age when they were killed in combat.  And he ends with the words of a man who served in country as a Marine, words that we should never forget:

Speaking of Vietnam, he said, “A lot of the vets tried to justify, rationalize for all the death and dying. But there is really no explanation to it. Figuring it out is a waste of time. It’s just another war that’s started by old men and fought by young boys.”

I now qualify as an old man, turning 64 in 8 days.  I was when I enlisted a young boy.  I remember other young boys who did not return.

If we must go to war, let it be not for political advantage, not for the aggrandizement of party or career, not for economic dominance.   It may be justified to save lives from slaughter, but too rarely is that the reason we intervene.  We may have no choice, for if we are attacked we must respond.

With stop loss, many of those who have died in our recent conflicts have been the not so young.   Perhaps that will continue.  Normally  those whose lives are cut short by death, or shattered by wounds physical and psychological will be those who have not yet fully experienced life.  We need to be mindful of that.

We may oppose the war.  We must respect those who choose to serve, which is why things like Netroots for the Troops is an important part of this community, why I was proud to be assembling packages along side Meteor Blades, two men in their sixties who opposed war but respect the men – and now women – who served therein.

Quotes from the column worth repeating:

I don’t know how you can make one understand what it means to lose someone, if it’s not you getting hit but someone you’ve known – to see them die.

and ending as I began:

It’s no longer widely understood – now that war is kept largely out of sight and out of mind – just how dreadful warfare is, and the profound effect it has on the participants and their loved ones.