It isn’t civilian casualties. It isn’t the party hearty drinking, lurid behavior or frequenting Kabul brothels. It isn’t even the bribes paid by contractors to the Taliban. Karzai sees an opportunity to take control of the funding and the patronage it buys, bringing potential challengers close to the breast.

The majority of the contractors are not Americans or third country nationals. They include local militias large and small; mafia-like “insurance” providers. They are organized paramilitary forces and bands of thugs whose loyalty is bought and paid. This payoff money is funneled directly to them without the opportunity for a cut at the federal or provincial levels. To the Karzai government, they are a parallel shadow government. In reality they may be.

With more than 50 private security “arrangements” and upwards of 30,000 armed “guards” wandering the countryside in support of the International Security Assistance Force, the Kabul government sees a serious threat to its “sovereignty;” particularly after ISAF departs, leaving these armed and equipped groups equal to the government forces. These groups roam the streets without uniforms or identification and will melt into the countryside once the payments cease. In the province north of Kandahar, the “contractors” control the countryside.

The Karzai government is focusing on “foreign contractors” as a nationalistic distraction. The foreigners could be phased out in relatively short order, but the stability of the countryside hinges upon this legitimized graft. Karzai simply wants the patronage it buys directed toward his authority rather than ISAF’s. And he wants his 10%. 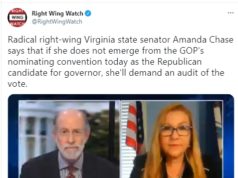