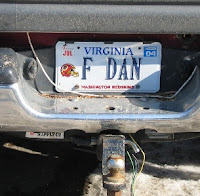 If you didn’t know the Washington Post’s increasingly-desperate business model, you’d think they felt billionaire Washington Redskins owner (and Bob McDonnell donor) Daniel Snyder was in desperate need of some sort of avenue of getting his opinions out. I mean, Snyder owns radio stations, has enough money to buy all the additional airtime or ink he wants, and even has Tony Kornheiser under his thumb.

No, the Washington Post isn’t giving Snyder op-ed space because he has some great idea to share and no other place to share it. Much like it does with Sarah Palin, climate science deniers, and other cranks, the Post is giving a controversial figure free space to make outrageous statements in hopes of luring lots of clicks. Its defenders will say, well, the Post is just trying to make money. And that’s fine – it just shouldn’t be surprised if its credibility falls to the level of the Drudge Report.

Anyway, on to Danny coming to Danny’s defense after a wave of Snyder rage prompted by his lawsuit against the Washington City Paper over its The Cranky Redskins Fan’s Guide to Daniel Snyder:

Among many examples in the November 2010 article, the most egregious was when the article stated: This is “the same Dan Snyder who got caught forging names as a telemarketer for Snyder Communications.” That is a clear factual assertion that I am guilty of forgery, a serious crime that goes directly to the heart of my reputation – as a businessman, marketer and entrepreneur. It is false.

Is Snyder’s claim here something along the lines of It wasn’t me, it was the employees I managed, and the thousands of complaints filed against my company somehow escaped my notice? To quote the father of one of this piece’s authors: “Marine, is this the hill you want to die on?”

If I were you, I wouldn’t reward the Post with a click-through. But I would reward the Washington City Paper’s Legal Defense Fund with a donation.