In short, John Vihstadt is not a “fusion” candidate as he laughably claims, he’s a big-time Republican who, as the graphic below (courtesy of the Arlington County Democratic Committee) illustrates: a) donated to George W. Bush, McCain/Palin, Romney/Ryan, and the bat****-crazy Nebraska Republican Party; b) won’t say if he supports expanding Medicaid; and c) won’t say if he believes in climate science. I’d add that his entire campaign Has been misleading, such as his assertion that “it’s time to refocus our priorities towards core services – public education, public safety, infrastructure maintenance,” when in fact Arlington already focuses the vast majority of its resources on “core services.” So much for the core argument of Vihstadt’s Big Lie campaign. Meanwhile, Alan Howze is a great guy, a strong progressive, and someone who will bring ideas about innovation in government, etc. to the Arlington County Board. I urge everyone in Arlington to vote for Alan Howze on Tuesday. 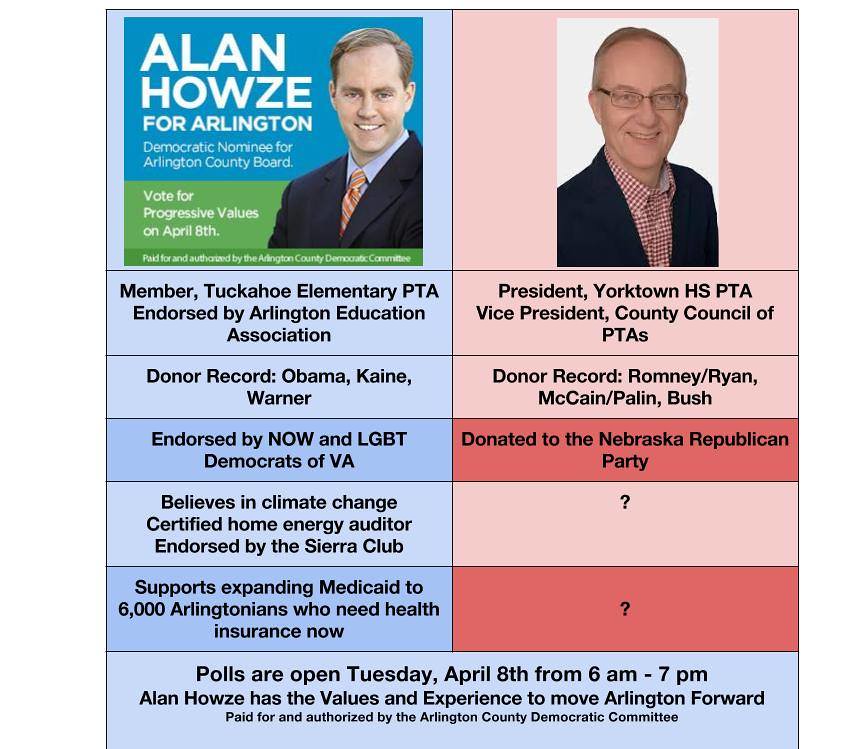