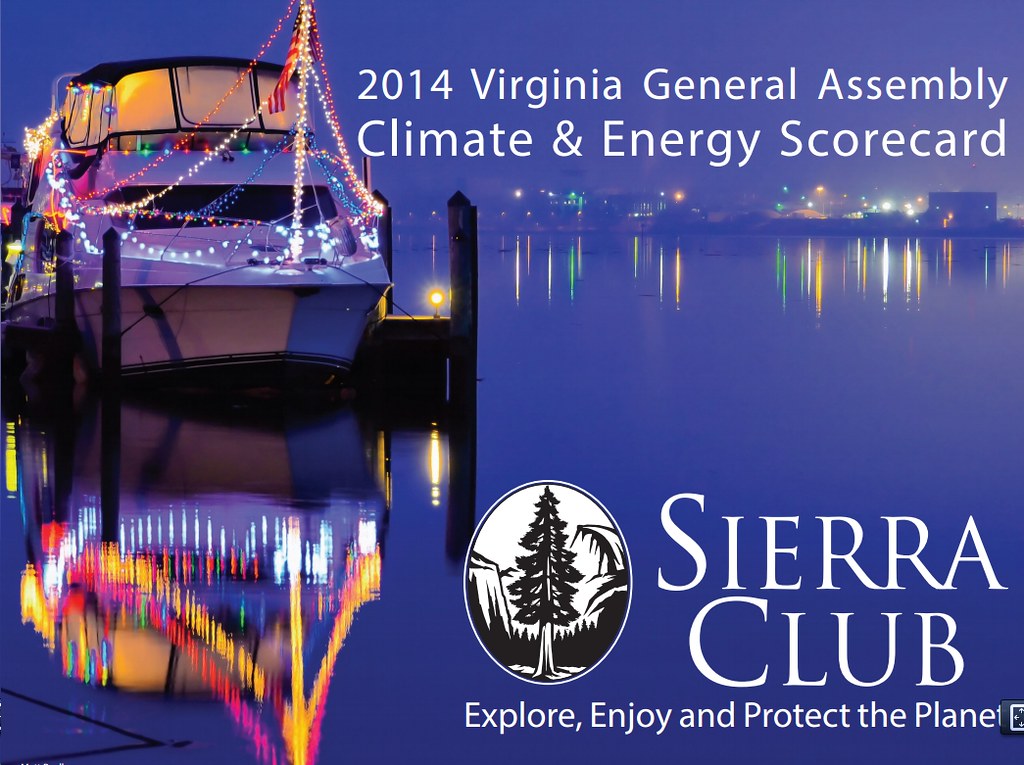 The Virginia Sierra Club’s 2014 Generaly Assembly Climate & Energy Scorecard is out, and there’s a lot of interesting information in there regarding who’s great, who’s good, and who’s not so good when it comes to protecting Virginia’s environment and promoting clean energy. There were some definite surprises in the rankings, but one thing was sadly NOT a surprise: Republicans were almost uniformly horrible (e.g., all “F”s “D”s and “C”s in the Senate; mostly bad grades in the House, with a few exceptions like Robert Bloxom’s “A+;” Chris Stolle’s “A;” Gordon Helsel’s “B,” Randy Minchew’s “B,” Bobby Orrock’s “B,” Riley Ingram’s “B,” Chris Jones’ “B,” Keith Hodges’ “B,” Michael Webert’s “B,” and Tony Wilt’s “B”). What about the Democrats, all of whom you’d hope would get “A”s on the environment? Here’s a ranking of Virginia Democratic legislators from best to worst.

“A+” grades: Delegates Rosalyn Dance, Alfonso Lopez, Monty Mason, Sam Rasoul and David Toscano.  Thank you to everyone who got a perfect, 100%, “A+” grade from the Sierra Club. You guys rock! 🙂

“C” grades: Senators George Barker, Lynwood Lewis and Henry Marsh; Delegates Bob Brink, Johnny Joannou and Joe Morrissey. Sorry, but a “C” won’t cut it when it comes to protecting our environment. Nor will voting against net energy metering, or voting FOR the crazy “Teach the Controversy” bill (HB 207), which “was drafted to cloak fossil fuel funded skepticism over climate change as legitimate scientific controversy, and to put creationism on a par with the theory of evolution in science classes in public school.” That latter one is completely inexcusable, can’t even imagine a reason any Democrat would vote for it. WTF?

“D” grades: Senator Kenny Alexander, Chuck Colgan, Dick Saslaw and Jennifer Wexton. I’m not sure what to make of Wexton’s grade, actually wonder if that’s a mistake.  As for Alexander, Colgan and Saslaw, I’d say they need to improve, but Colgan’s retiring and Saslaw’s simply doesn’t “get it” on environmental issues. As for Alexander, I sure hope he gets that grade up significantly in 2015.