(Maybe not just tilting at windmills. – promoted by lowkell)

Anti-pipeline grassroots groups Free Nelson and Friends of Nelson, and the Sierra Club held a rally Friday at the Bell Tower protesting the proposed Atlantic Coast Pipeline. They were also there to seek support for a bill Senators Emmett Hanger (R-Mt. Solon) and Creigh Deeds (D-Milboro) are cosponsoring which would repeal what has been dubbed the Wagner Bill. The Wagner bill purportedly gives natural gas companies the right to trespass on private property without landowner permission to survey and do other testing needed as they choose the best possible route for a pipeline.

About 60 landowners and residents of Nelson County made the trek to Richmond to share their frustration with the bullying and abusive tactics used by Dominion in its attempts to pressure landowners into allowing it to survey. Approximately 70% of landowners in Nelson have steadfastly refused to allow surveyors onto their properties.  Dominion retaliated with letters threatening lawsuits, and in December began filing those suits, making its actions public on Christmas Eve. Since December, they continue to file suits in dribs and drabs, with the latest 6 suits being filed January 21, one of which is against John Ed and Ruth Purvis, seventh generation farmers. (See earlier post.)

The protesters recognized Hanger and Deeds for their efforts to protect their property rights, as well as Richard “Dickie” Bell for legislation he introduced requiring public service corporations to meet the Freedom of Information statute should they use eminent domain while completing a project. Sharon Ponton, a Free Nelson organizer, spoke about her frustration with elected officials within the Democratic Party, making specific reference to Governor Terry McAuliffe’s first energy policy action as being to “stand at a podium beside Dominion and call a 42″ fracked gas pipeline a game changer” after running as a green renewable energy candidate. She continued by asking if the Governor thought an African American community known as Union Hill whose ancestors had received their land from their previous slaveholders after emancipation would think it was a game changer when the pipeline destroyed their community”. The crowd bellowed, “No'” in response. She gave other examples of private property being desecrated and each time the crowd answered empathetically no.

Joanna Salidis, president of Friends of Nelson and a landowner in the path of the proposed ACP, spoke eloquently when she referred to the realization the proposed ACP would “cut down our forests, drain our wetlands, and blast through our rivers.” Kirk Bowers with the Sierra Club vowed to never give up saying were are in the midst of an “urgent environmental crisis” where we will continue to experience sea level rise by as much as five feet by the year 2100 unless we address the issue of climate change.

The grassroots groups plan to continue to seek support for the Hanger/Deeds legislation to repeal the survey law. Landowners have also filed lawsuits in Federal Court claiming the law is unconstitutional.  Additionally Friends of Nelson has hired an attorney to represent some of the first landowners sued by the ACP through a Landowner Legal Defense Fund they have set up. Stay tuned! There are many chapters to be written in this ongoing saga. 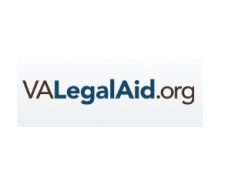 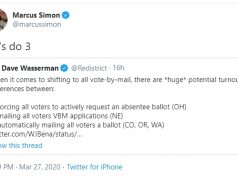 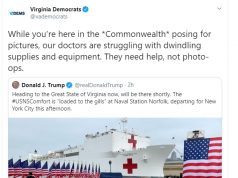 VA Dems: Trump “Posing for Pictures” as “Our Doctors Are Struggling with Dwindling Supplies and Equipment”; “They need help, not photo-ops”

.@vademocrats: Trump “Posing for Pictures” as “Our Doctors Are Struggling with Dwindling Supplies and Equipment”; “They need help, not photo-ops” ("Surprised there's no 'Mission Accomplished' banner") https://bluevirginia.us/2020/03/va-dems-trump-posing-for-pictures-as-our-doctors-are-struggling-with-dwindling-supplies-and-equipment-they-need-help-not-photo-ops #USNSComfort